“A Soldier of Stars”  George Rahme at Simone DeSousa Gallery 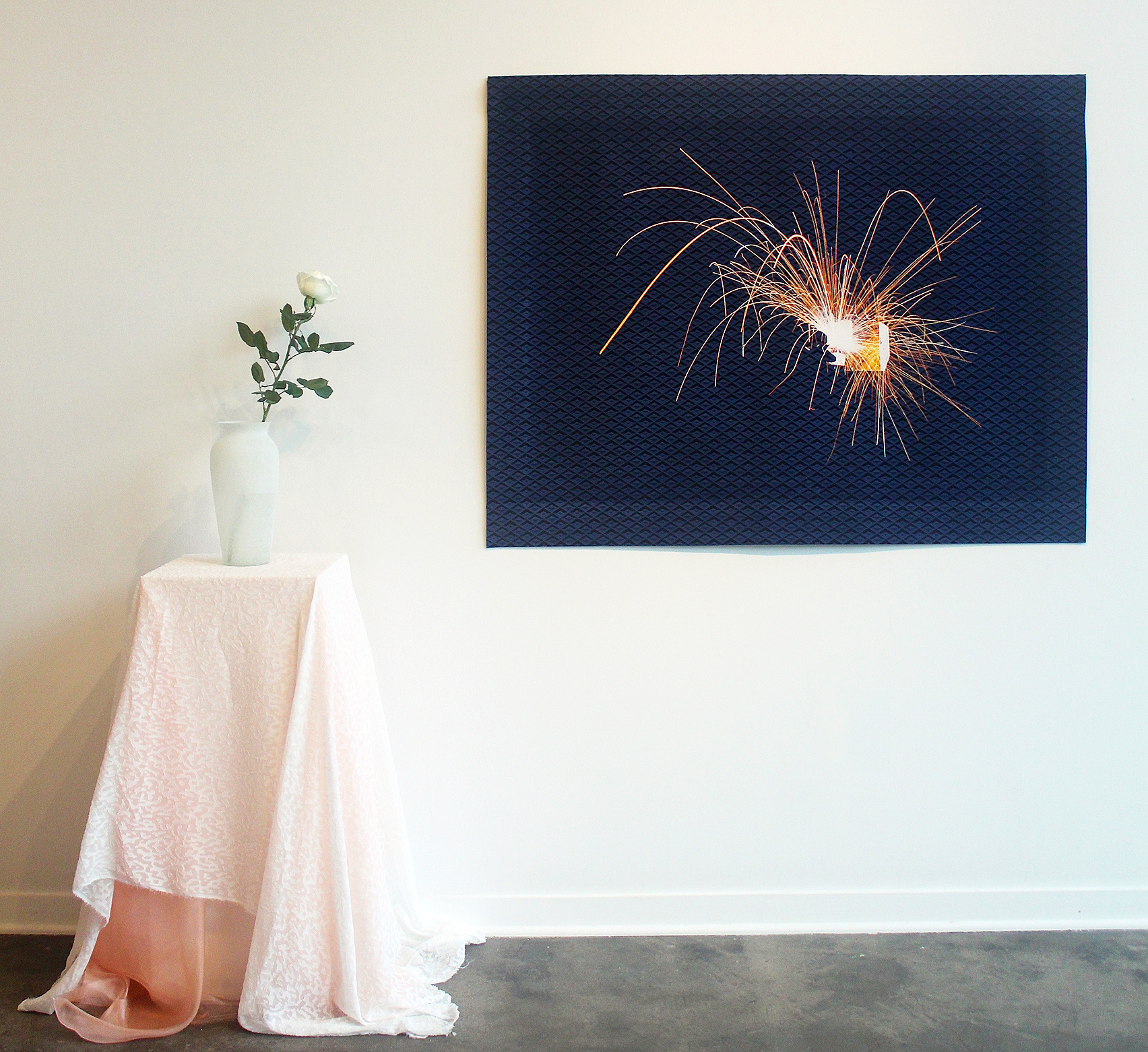 Lately I’ve been experiencing something of a crisis in my art writing. In light of the extremely dire roll-out of Donald Trump’s presidency, and the immediate and terrible effects of his first wave of legislation, writing about exhibitions at galleries feels, at best, a little disconnected, and, at worst, completely pointless. I can, however, work to draw connections between works of visual art and larger issues, political and personal, in the society that nurtures their creation. It seems important, at this moment, to focus on the dialogues art is quietly raising and pushing forward, beneath a climate of increasing fear, chaos and darkness. I’m lucky I have “A Soldier of Stars,” an exhibition of new works by Hamtramck-based artist George Rahme at Simone DeSousa Gallery, to write about.

The centerpiece of “A Soldier of Stars” is the show’s array of dignified, gracefully assembled collages, comprised of painstaking cutouts of photographic stills laminated onto weighty bolts of fabric. From a distance, the images might be embroidered with gold thread, or depict flower forms and undersea creatures. Up close, however, one instantly recognizes the lightening-speed shower of sparks emitted by the joining of metal part to metal part, through the medium of intense heat, at an assembly plant. 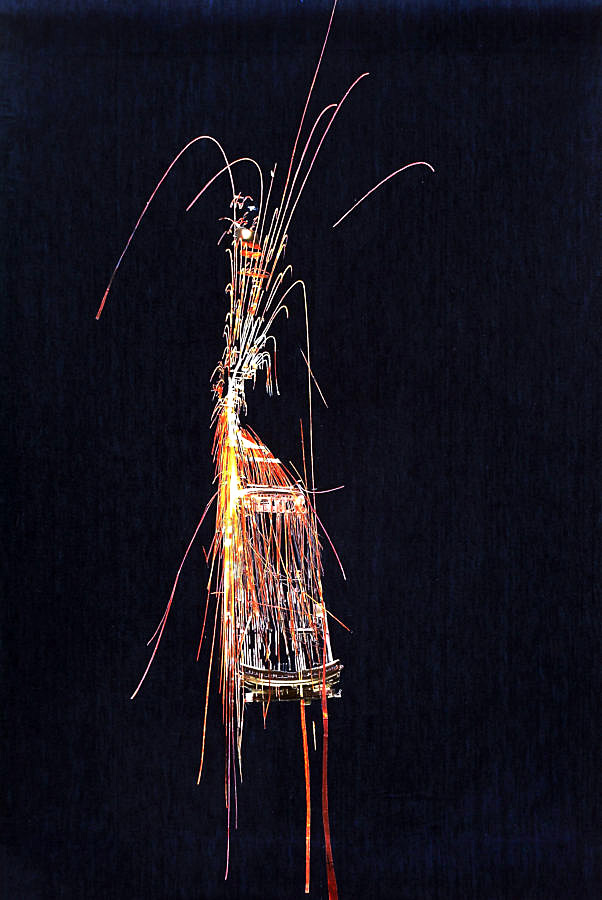 Rahme’s work creates a new icon of industry, one that revels in the alchemical magic of fabrication while capturing, in formats that read somewhat like flags (proud, kinetic sculptures that proclaim identity and affiliation) and somewhat like reliquaries (the long swath of translucent fabric draped over one of the only small pieces, At Half Past Three in the Afternoon. 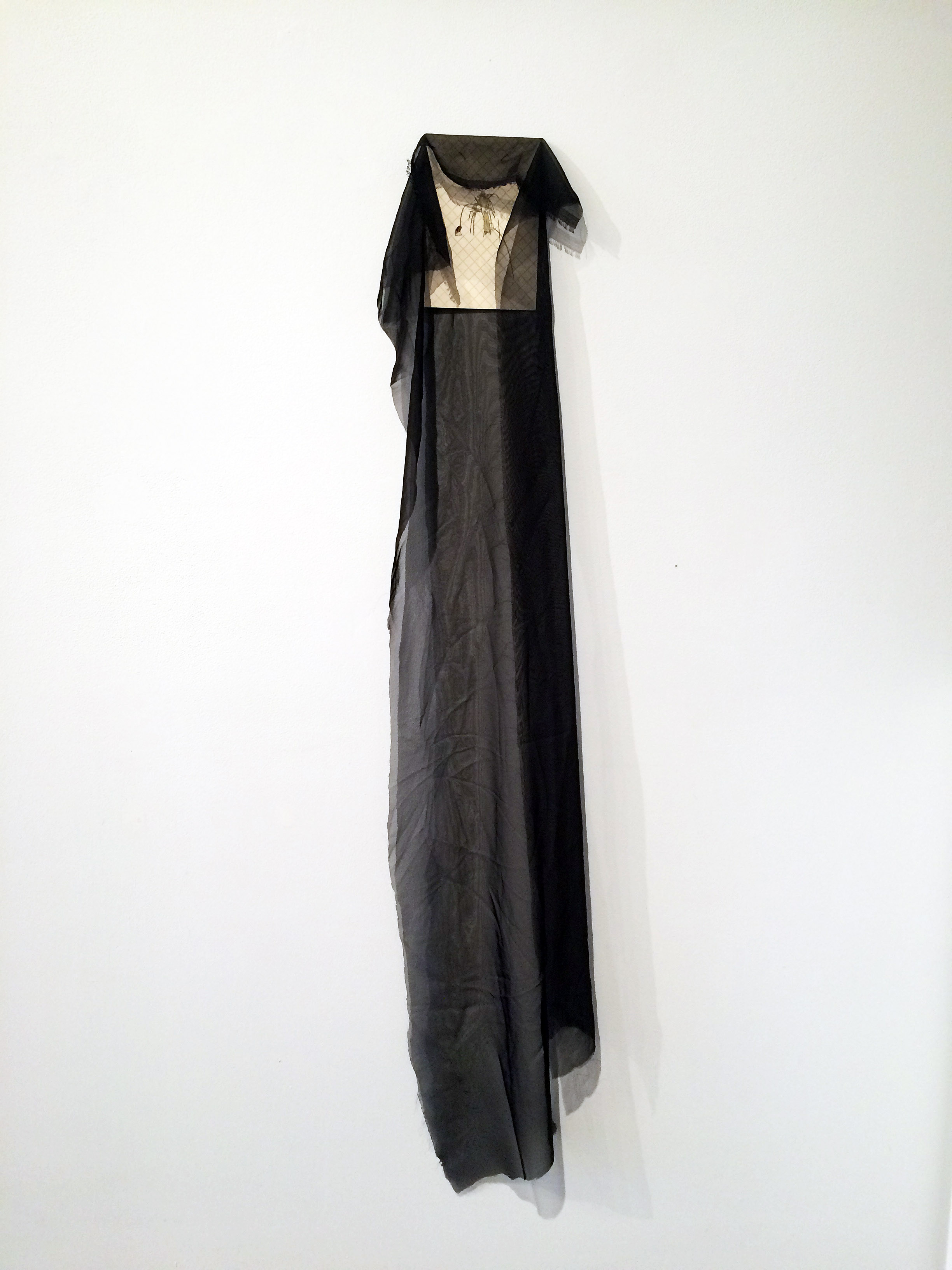 George Rahme, At Half Past Three in the Afternoon, Cut Paper on yardstick and fabric, 2017

These works feel especially relevant given the current discourse about America’s industrial decline, a dense, snarled narrative that is being spun by President Trump’s administration into the stuff of Shakespearian tragedy. Apparently, few figures have been more sorely betrayed, disregarded and ground under than the blue-collar American worker- the hands that once produced the sparks which Rahme preserves in his collages like butterflies in amber. The absence of visual context around these collages speaks to a dual reality- the true greatness of industry and the societies it once gathered around it (case in point, Detroit) and the fact of its diminishment, both from American shores (a process marbled with greed, racism, and shady exchanges of power that was well underway by the 1950’s) and from the hands of humans, as more and more industrial fabrication becomes automated. The pledge to return industry, and the jobs that once came with it, to economically depleted American cities is an impossible one- many of those jobs no longer exist.

The skill, craft and attention to detail that those jobs required are paid tribute in Rahme’s beautiful works. Ironically, at first glance it’s almost impossible to believe these collages were made by hand- the hundreds of tiny cuts and thread-thin lines required to collage such ephemeral, dynamic bursts of light boggle one’s mind with the thought of all that manual labor. Not so long ago, such labor wouldn’t have seemed so inconceivable. 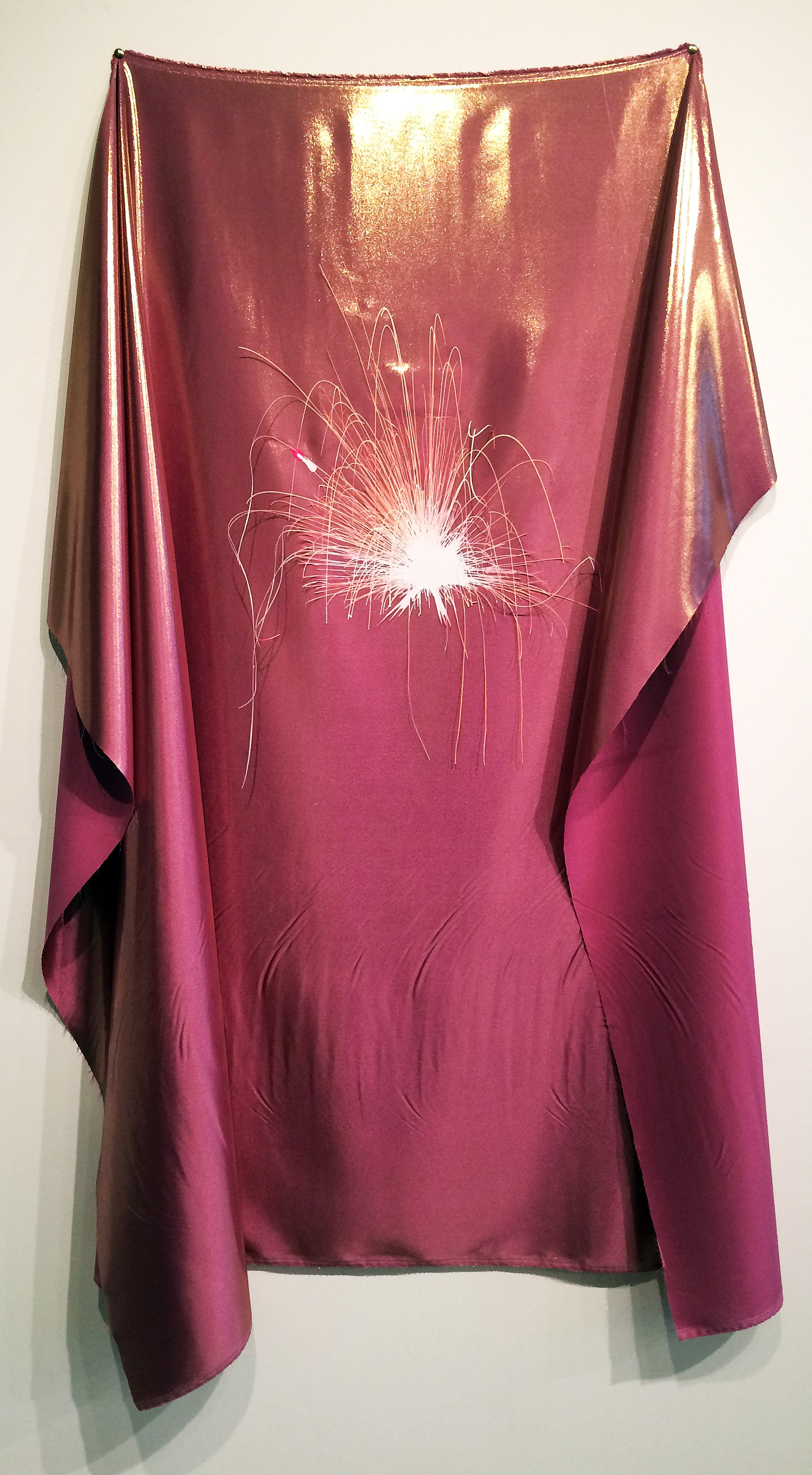 Hand-skill, even in assembling huge machines, has a grace to it. It harkens back to some idea of a time of greater innocence. “A Soldier of Stars” includes a small stereo in a corner of the gallery, rigged up with headphones, on which one can listen to a vinyl recording of the famous text “The Little Prince,” richly intoned by Richard Burton. This story of a lost soul who encounters his own long-gone innocence in the form of a magical child from another planet amplifies a theme of loss, and beauty and optimism in the face of loss, that runs through “A Soldier of Stars.” In one part of the story, the Little Prince is looking after a rare, beautiful flower that makes increasingly sinister demands of him. She is absurdly proud of her thorns, declaring to the Prince, “Let the tigers come with their claws.” When the Little Prince realizes that thorns don’t really do much to protect the flowers that bear them, he experiences a spasm of despair that has more to do with the flower’s naiveté than the reality of its precarious state. Despite the flower’s egomania, obnoxiousness and ultimate unsustainability, he cannot bear to let so beautiful a thing die, because it represents the death of himself at one intense point of development. Rahme’s collages expand into a similar narrative- our belief in industry, and in the dream of prosperity it is so naively and intrinsically roped to, has a beauty worth preserving, even if the industry itself can never come back. 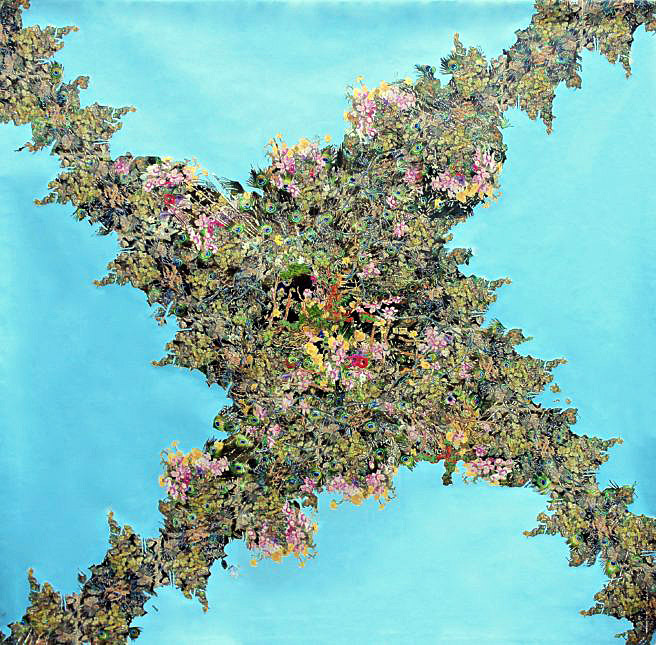 “A Soldier of Stars” is on display at Simone DeSousa Gallery from January 14 through February 26, 2017.