In Specters of Cass Corridor, a review of a 2012 retrospective of Cass Corridor artists at N’Namdi Center for Contemporary Art titled Menage a Detroit: Three Generations of Detroit Expressionistic Art, 1970-2012, the formidable Detroit art historian Vince Carducci wrote of the documentary, prophetic quality of the first generation of that movement’s work- of its deconstruction of the city’s transition from Fordism to Post-Fordism- from a stationary, vertically integrated manufacturing economy to a dispersed, continent-hopping manufacturing model and an economy in virtual free-fall (and this, in a metropolis built on rock-solid temples of industry.) The uncanny layering of chaos over order and of order over nature that provides a visual companion to Detroit’s narrative of cycling decline and renewal is explored from two sides of an ancient coin in Cass Corridor, Connecting Times: Jim Chatelain and John Egner, the newest in a string of Cass Corridor-centered shows curated by Nancy Mitchnick at Simone DeSousa Gallery. 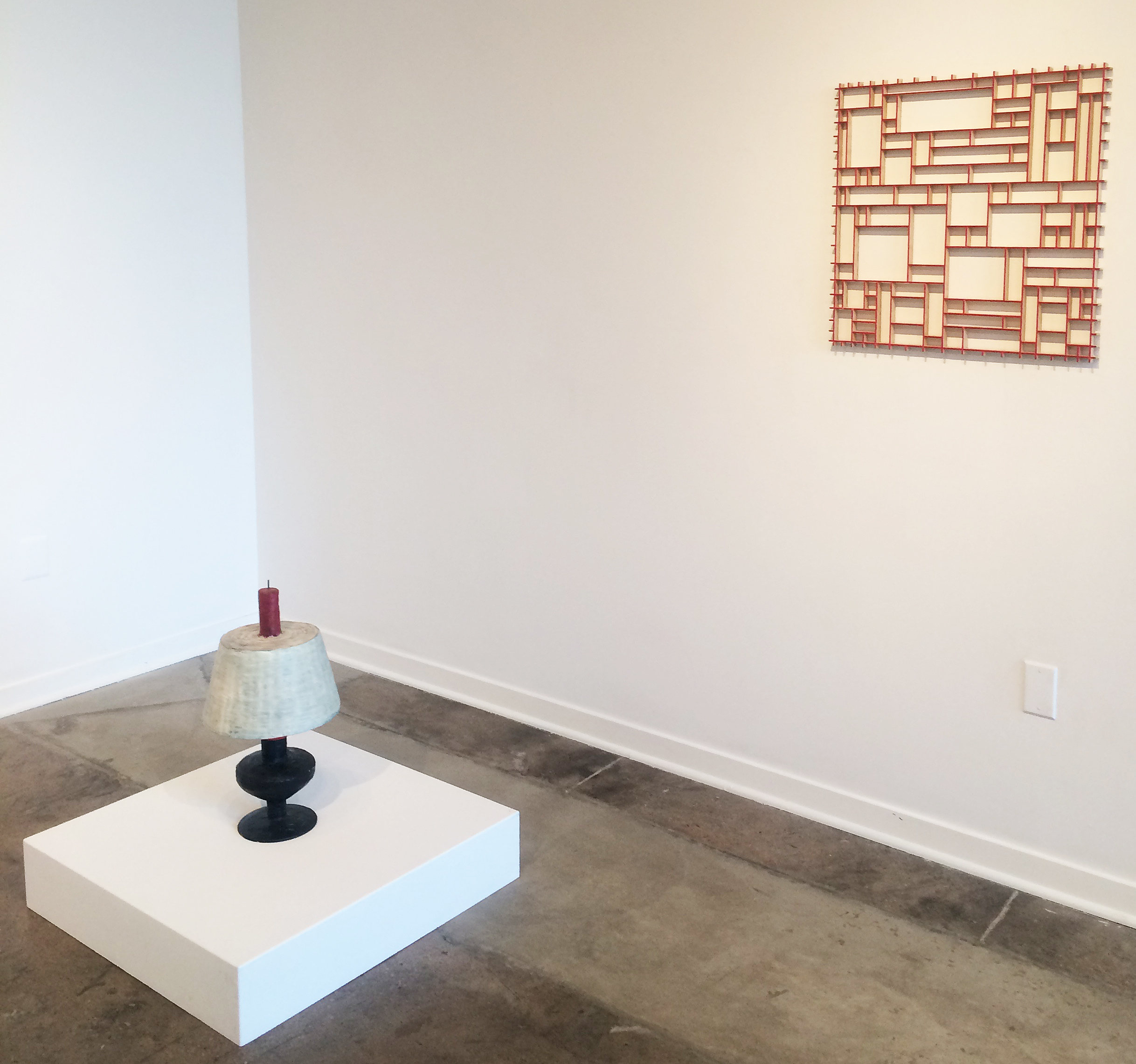 In Sexual Personae, Camille Paglia defines the Apollonian and the Dionysian as two sides of the coin of Western culture, held aloft with immense, opposed pressure. Apollo, god of light, solidity, and self-restraint, represents the empirical, continuous progress of the Enlightenment, of the Industrial Revolution, of the monolithic individual exemplified by such giants of Modernism as Pollack and Picasso. Dionysus, defined by Robert Pogue Harrison in Forests, The Shadow of Civilization as “…the mystery god of excess, orgiastic rapture, and visionary delirium- the god of the forests, as we have seen.” Connecting Times explores this opposition beyond language, juxtaposing the iron-clad elegance of John Egner’s forms with the visceral snarls of Jim Chatelain’s romantic visions. 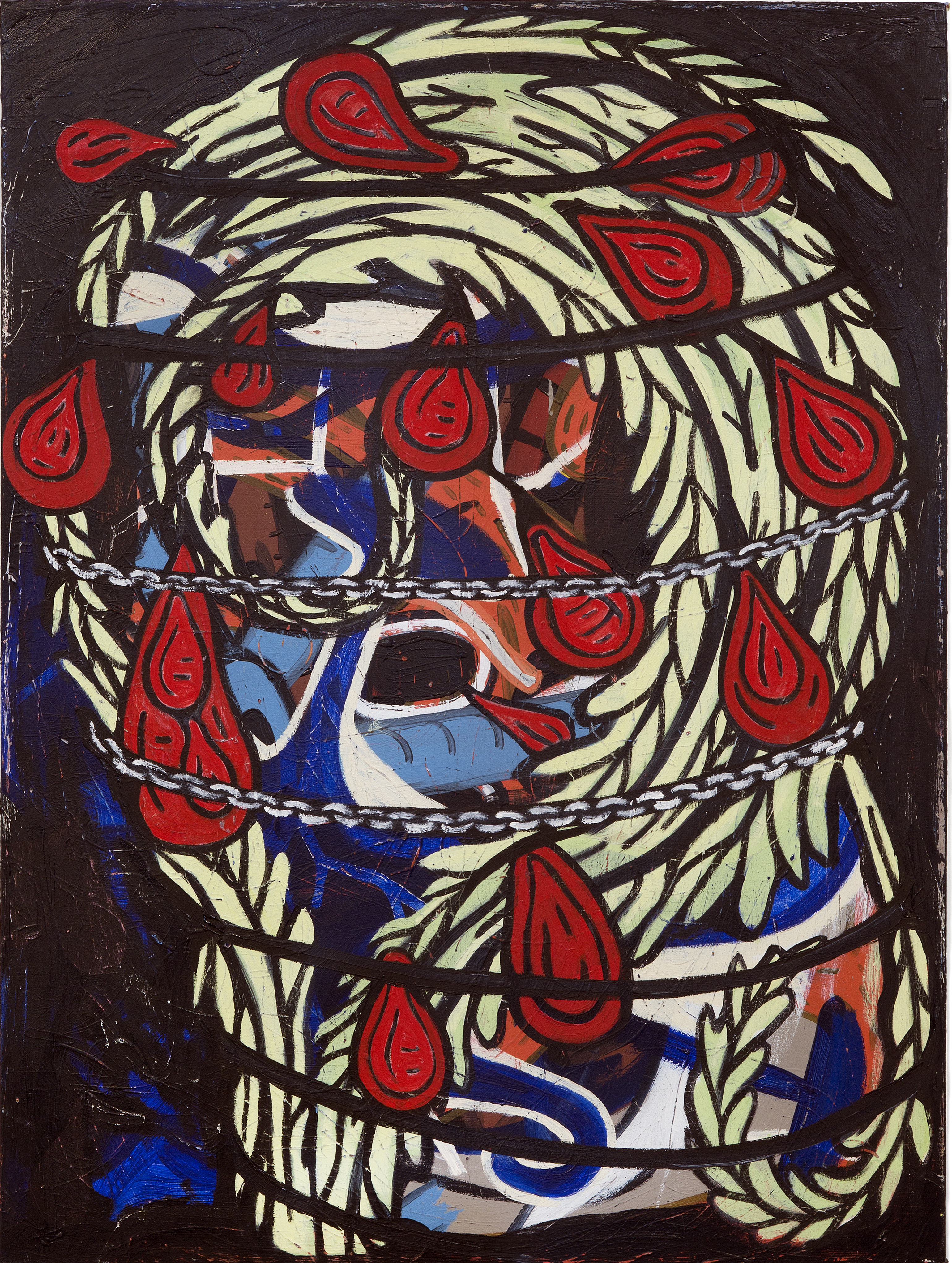 Jim Chatelain, After the Garden is Gone, Oil on Canvas

Jim Chatelain and John Egner share a penchant for picture planes dominated by layered grids and powerful lines that radiate to the edges of their oblong panels. The grid can encompass both order and chaos. Egner’s web like Deep Storage evokes the logic of machine innards and the dense, precise organization of Diego Rivera’s Ford factory frescos, which every Detroit museum goer knows in her bones. Conversely, Chatelain’s After the Garden is Gone festoons a similar flat grid with stylized rose and leaf forms that compress into a shape reminiscent of a human skull- the modest slab of wood and rough, sticky surface of its make reinforces its status as an autonomous object. Even within the basic visual coda of Modernism, Chatelain’s images ring with a syntax drawn from Wordsworth- the same beautifully imperfect, melancholy ecology.

To her fair works did Nature link

The human soul that through me ran

And much it grieved my heart to think

What man has made of man.

The assemblages of both artists travel along the same lines. While Egner’s Red Grid breaks familiar openings and angles into a minimal, abstract structure, Chatelain’s Candle Lamp brusquely reproduces two light-deliverers, a wax candle and a frumpy electric lamp, spliced together the way a violent god might splice two centuries. As in After the Garden is Gone, a rich, elemental symbolism connects Chatelain’s work to earth and embodied language. 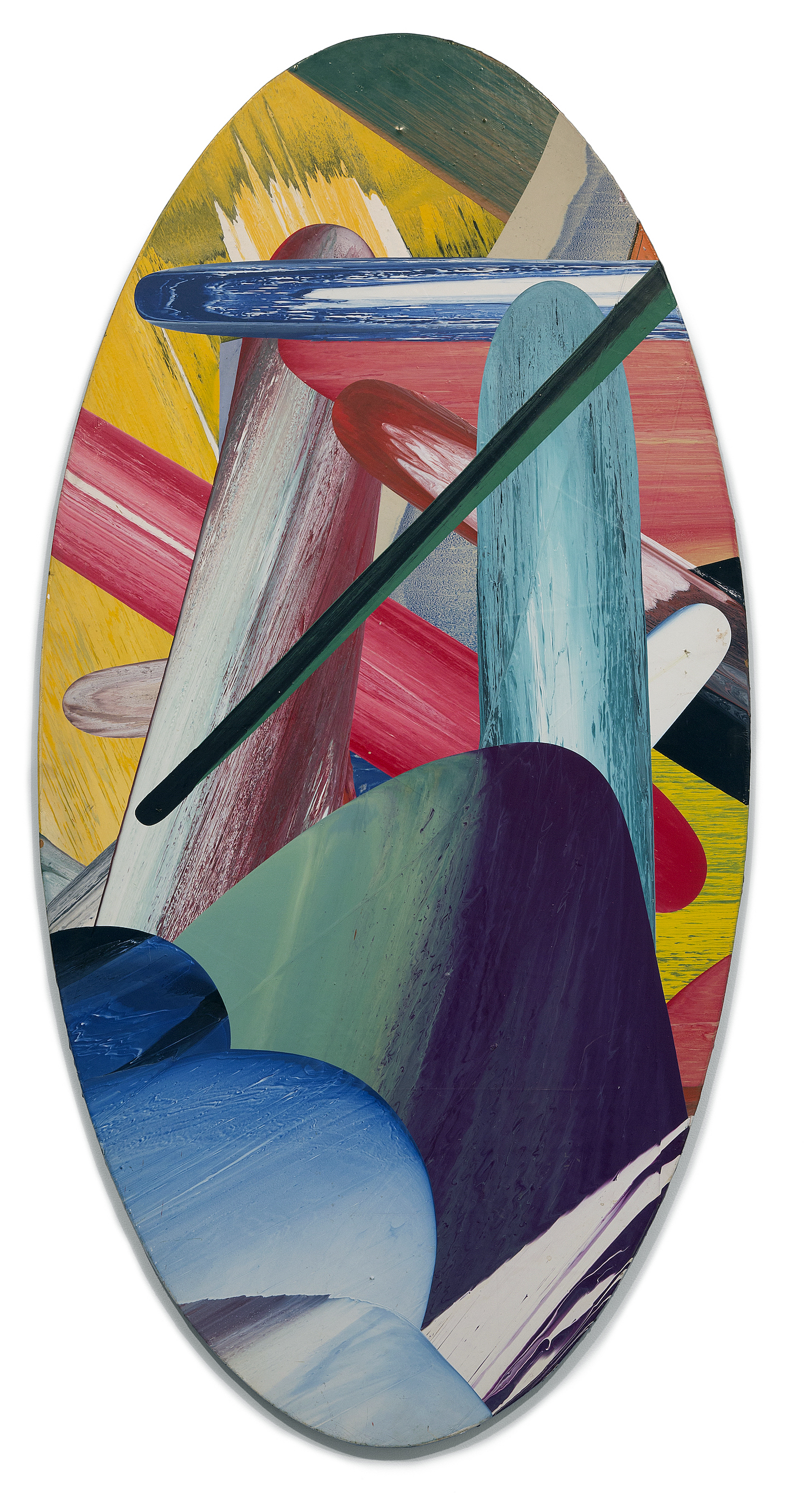 What Chatelain and Egner’s work have in common, beyond the grid, is an important vein of Detroit history, opened and drawn into a narrative of Industry’s lights and shadows that applies to all cities of the Enlightenment. Their arch, and their decline, are calmly sifted into symbolic materials, surfaces and gestures by the ground-level view of these two artists.