The paintings by Marcia Freedman and Ani Garabedian in Figuratively Dreaming present a current interpretation and exploration of a genre that is versed and familiar but still evolving. Abstract painting rose from a multi-century evolution that moved away from the realistic religion-based storytelling of the Italian Renaissance through the French Impressionists and on to schools of thought like Dada. The devastating experience of World War II and its inconceivable human cruelty formed a new generation of avant-garde American painters leading to an explosion of creativity and the birth of cool in 1940s New York. Miles Davis and his contemporaries laid down the soundtrack for painters like Jackson Pollock whose artistic and political concerns were explored through their revolutionary work. Abstraction has since become part of the standard art vernacular while maintaining its mystique.

Ani Garabedian’s paintings capture nostalgic moments lingering between a state of reality and abstraction. She explores the notion of memories; how they decay over time and the tipping point at which they become forgotten or lost. In The Shore, Garabedian’s magnetic use of bright colors projects a playful joy that demands immediate attention. Her subject is a fond memory many of us share of summer days at the beach with–or as–children. The combination of a fully treated object, like a rendered ponytail, in contrast with merely the outline of a pail and the girls’ legs creates the sensation of a fragmented fading image. In the instant the memory is created, it is already evaporating. 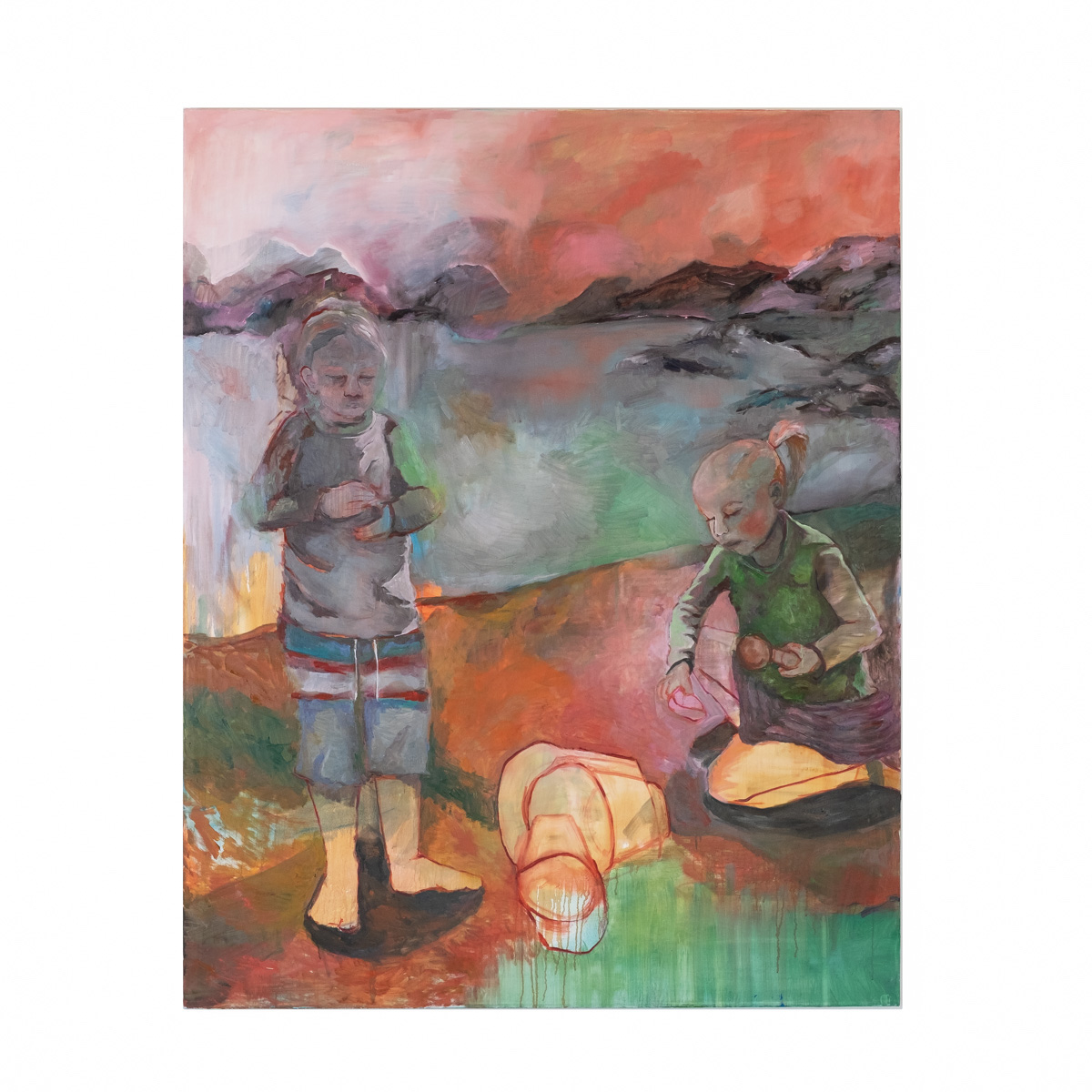 In Family Portrait the focus is on the children as dominant parents tower out of view while the dog photo bombs in the corner looking to its loved ones for inclusion. The children communicate their sense of security through easy facial expressions and a cocked head. Simple lines over muted fields of diluted color demarcate one figure from another creating a friendly softness. However, the father figure’s crossed arms and a hand-held, unidentifiable object in the lower left disturbs the otherwise homogenous suburban scene. 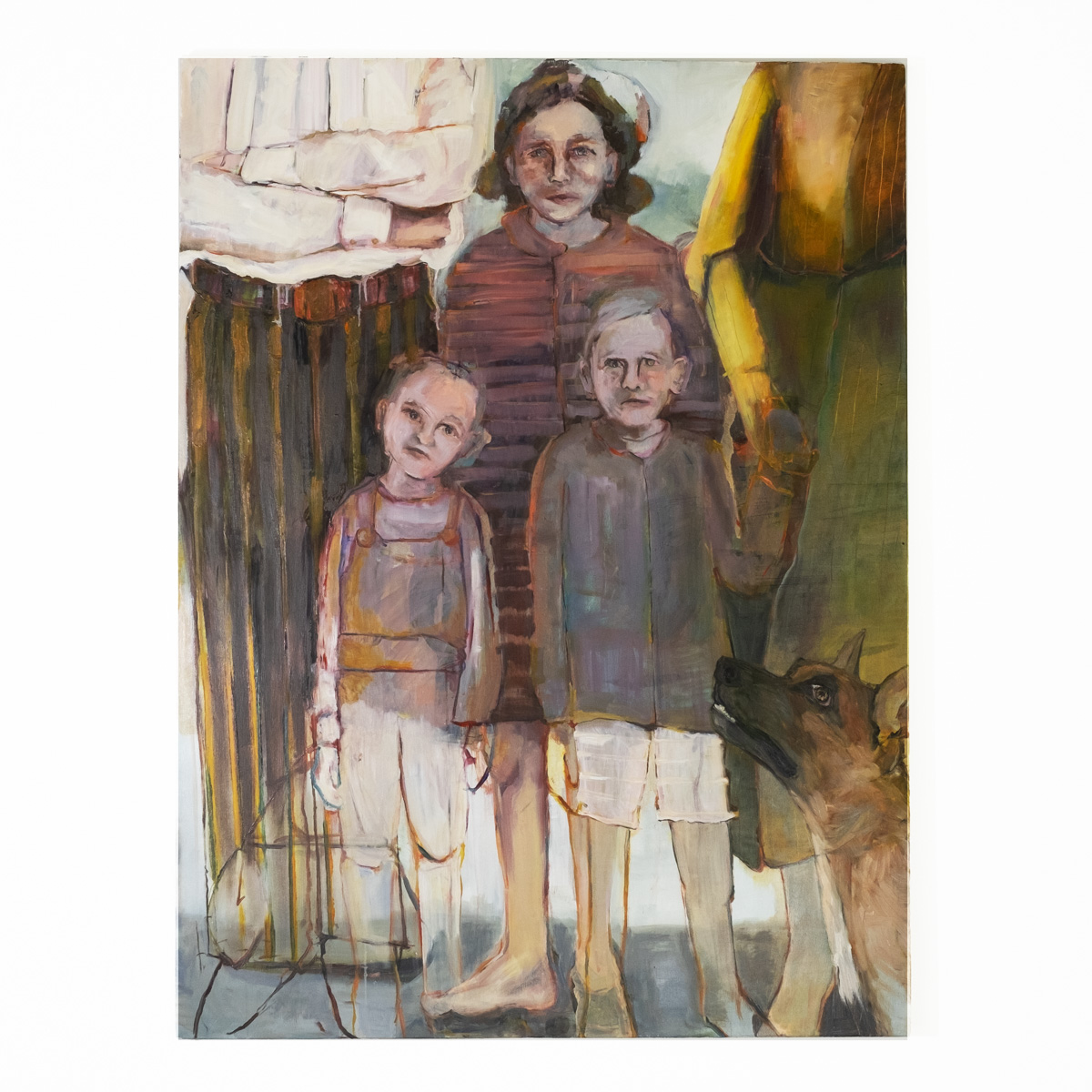 Long Time Alone is decidedly melancholy. The palette is somber; facial expressions somewhat nervous and wanting. A murky landscape sets a despondent stage through darker tones, aggressive motion and a jarring shot of pink in the distance. The trio’s legs and feet are barely visible, hopefully an indication this scenario isn’t permanent. 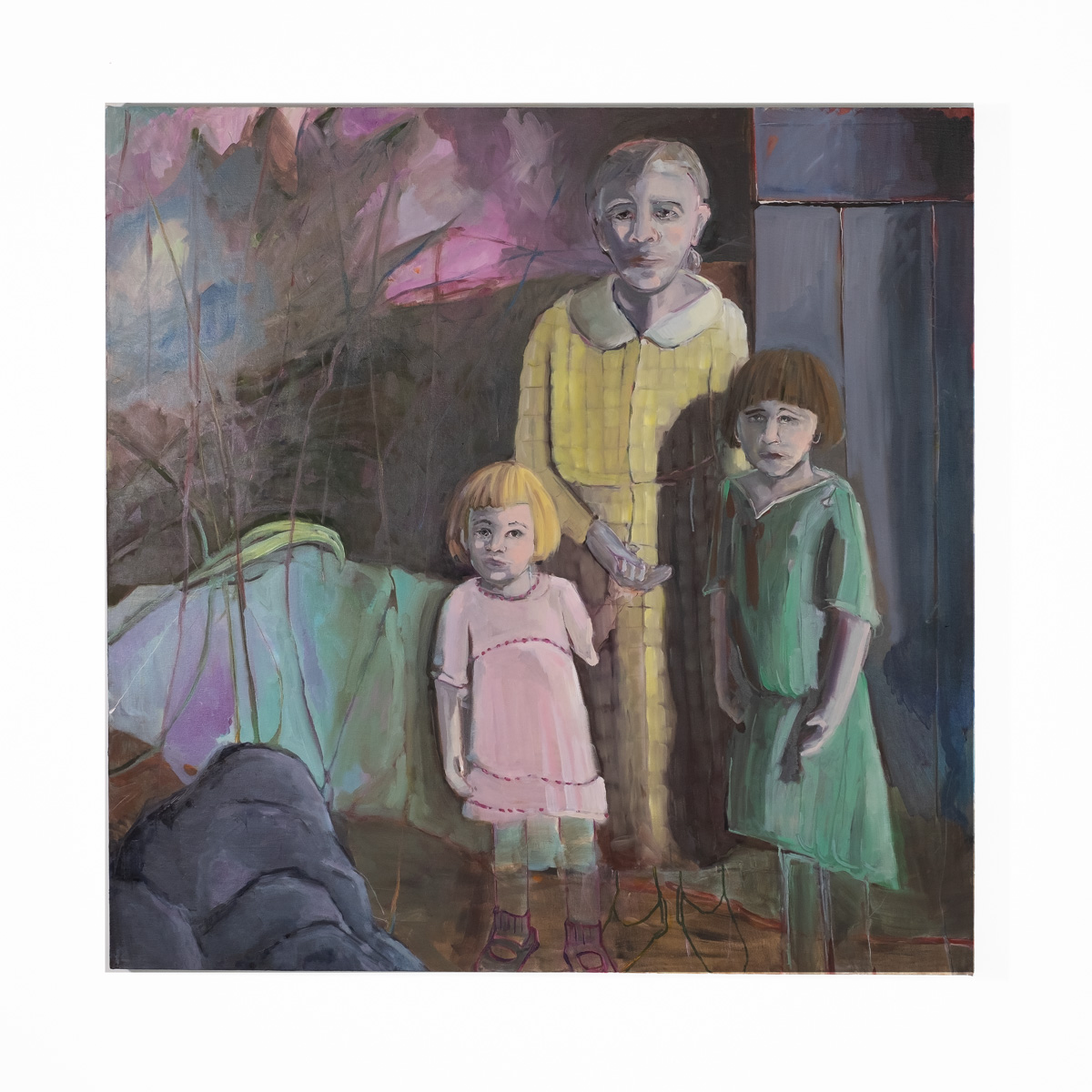 Head I seems to be a detail from a larger painting where Garabedian gives us her favorite focal point: the face. Here she delivers a youthful expressionless face and employs similar compositional components like outlined neck and hair on a purely abstract background. 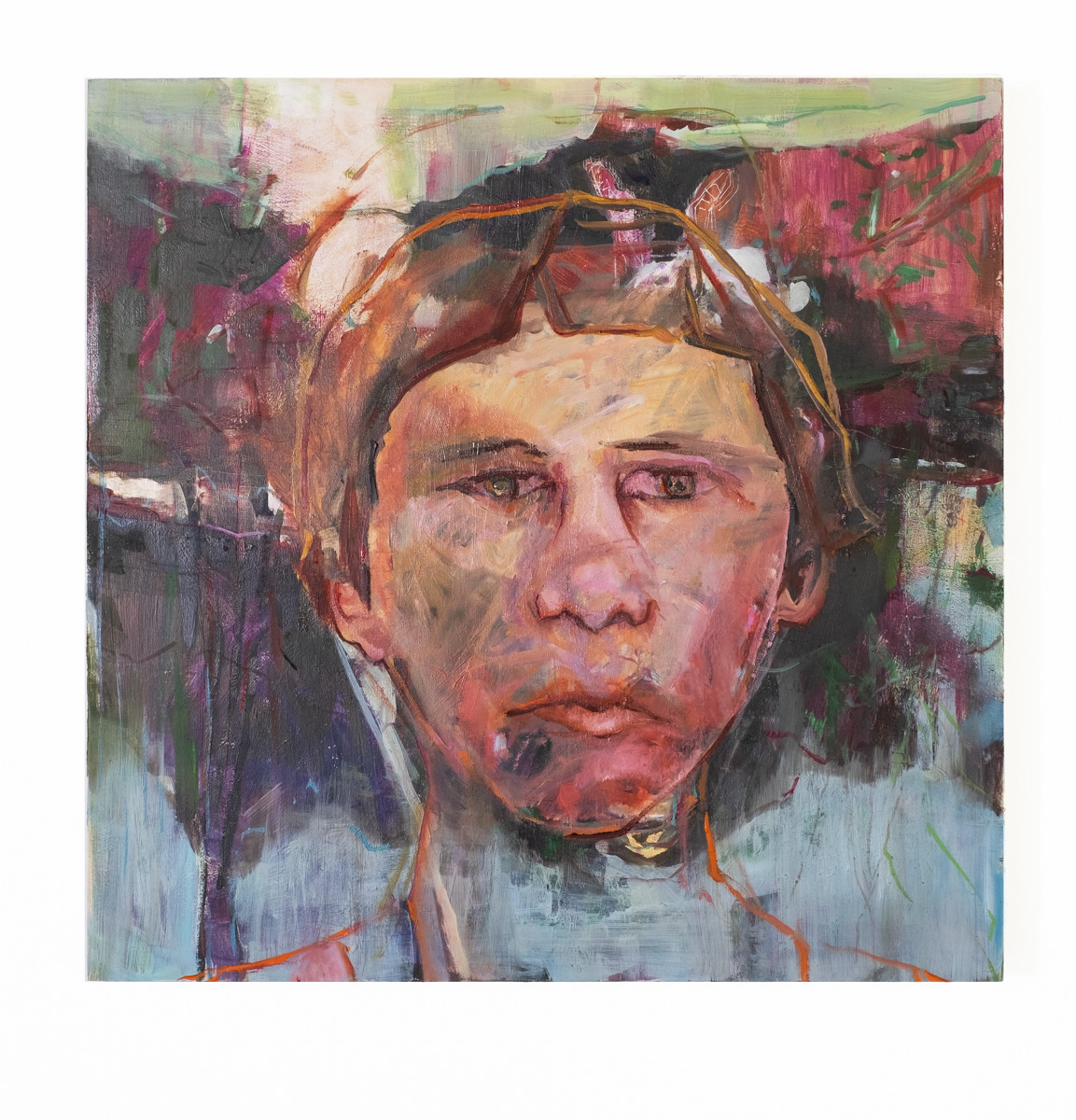 Marcia Freedman’s large sweeping abstract paintings have been an indelible fixture in the Detroit art scene for years. She’s consistently attacked her subjects with furious strokes and color. In On the Piano she continues to demonstrate her command of this genre. The limited palette allows the viewer to focus on the vigorous expressive brush strokes. The asymmetrical diptych format is critical to containment of the composition. Abstracted emotion at its best.

For this show, Freedman bent toward Garabedian’s portraiture with a somewhat recognizable subject in Muse 2. Her ghostly silhouette only slightly betrays full abstraction. Freedman’s trademark loose wide strokes grant a whisper of a subject to cling to rendering it hauntingly beautiful. 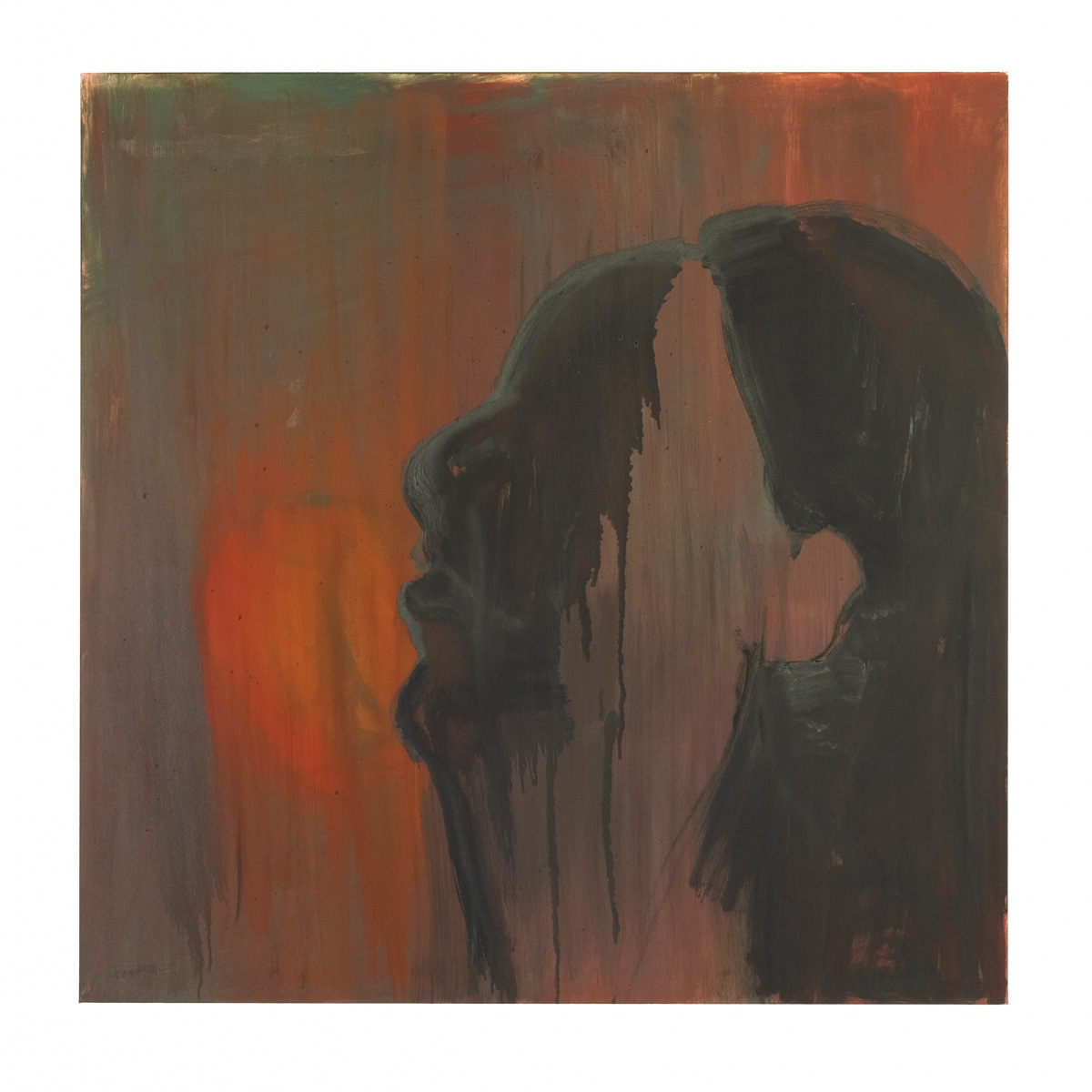 Shape #1 leans traditionally abstract with clear, albeit random, shapes on a deep background that calls to Garabedian’s compositions. Truly abstract, this piece delivers a minimal but well-organized space. Compositionally it holds while creating depth of field without the luxury of a recognizable subject to lean on. 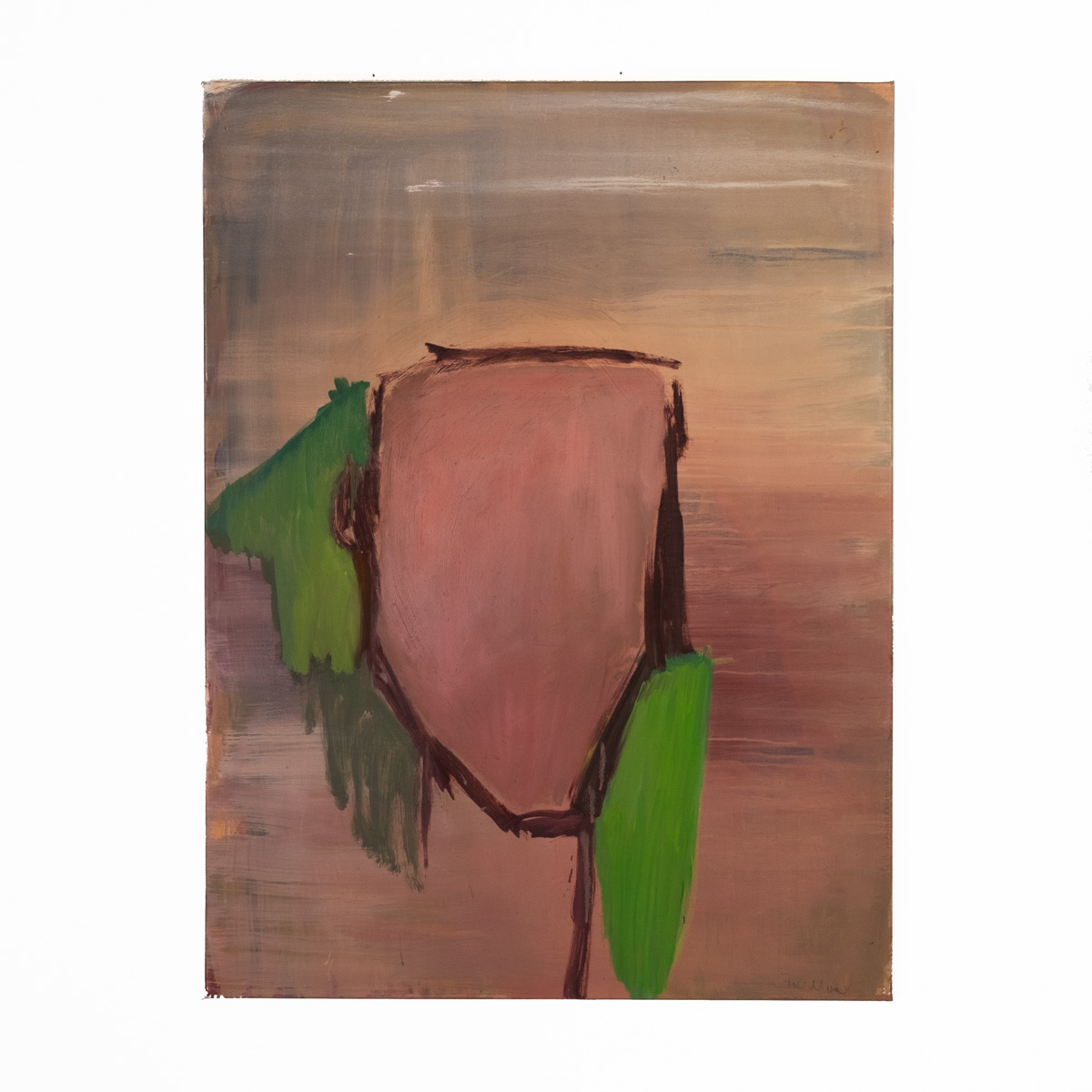 In Walter Isaacson’s Leonardo Da Vinci he states, “Skill without imagination is barren.” Garabedian and Freedman explode with the imaginative syntax of both compelling moody palettes complemented with wildly expressive brush and mark making. In the linguistics of abstraction, they expertly run the gamut between soft reality and fully abstracted work. These visual narratives keep the viewer perpetually engaged in riddling out their mysterious messages.