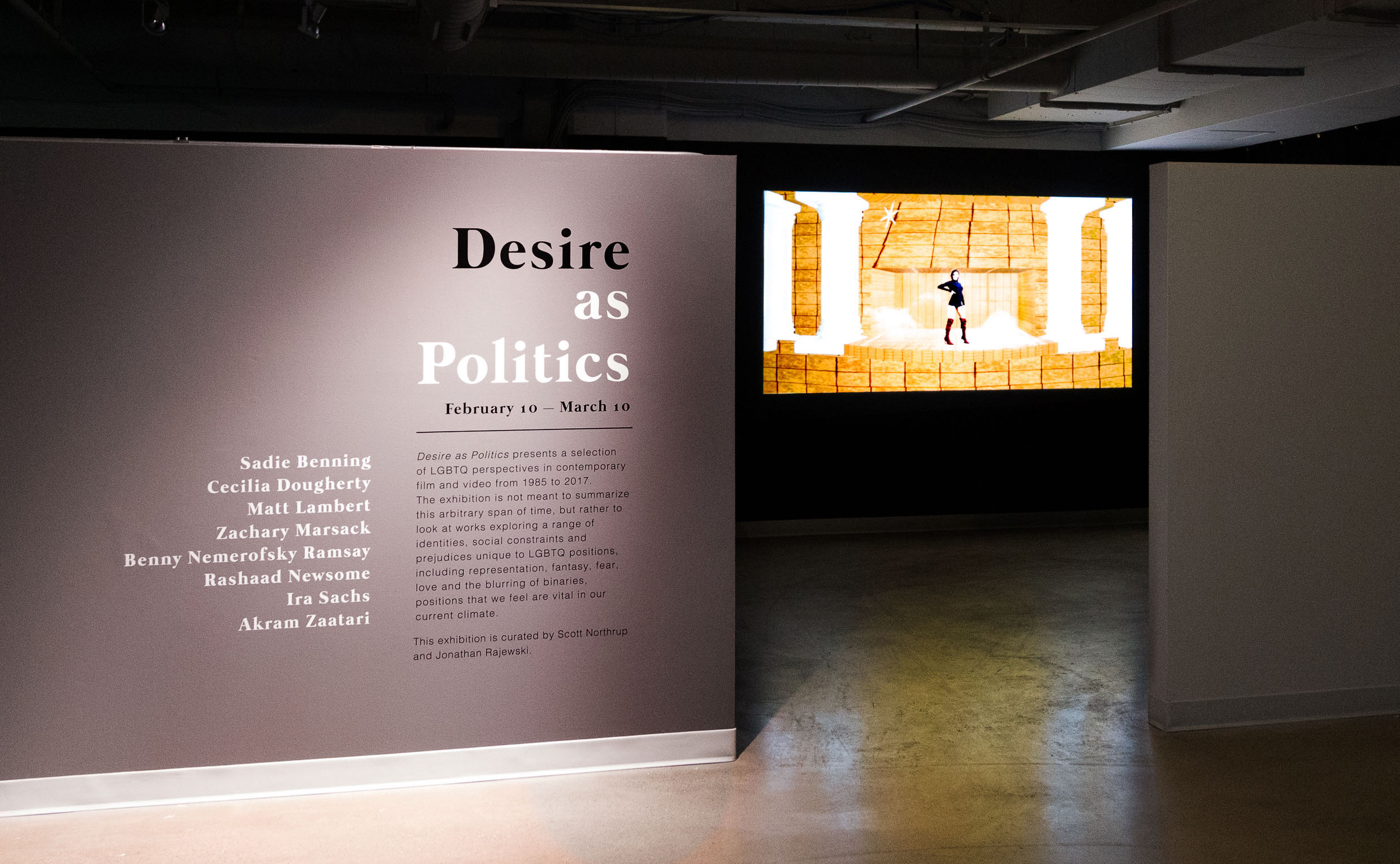 The staging of the current exhibition at the Valade Family Gallery creates an enigmatic equation. Eight separate, strategically arranged, large-screen video installations by eight renowned video artists occupy the darkened gallery. Like the theory of “intersectionality” itself, which holds that all issues of gender, race, and class are interconnected, each video performs a drama of identity construction issues that might face the LGBTQ community; and each has extraordinary dramatic value with captivating characters and stories. Thanks to Exhibitions Manager and co-curator Jonathan Rejewski, the Valade space is perfectly articulated to allow for quiet, meditative viewing, but at the same time demonstrates, like a Venn diagram, the overlapping issues from piece to piece, from artist to artist, of sexual, racial discrimination, homophobia, and class elitism. The layout is a compelling stage for one of the most compelling issues of our time. By the same token, “Desire as Politics” performs a galvanizing a vision of the crippling emotional effect of our dire human landscape.

The eight artists were selected by College for Creative Studies assistant professor Scott Northrup of the Entertainment Arts faculty. As an artist and experimental filmmaker himself, whose own work is concerned with identity construction, Northrup’s selection covers a period in which the language and politics of sexual identity have undergone radical changes. From the catch-all term “queer,” to “gay or lesbian,” to LGBTQ, from basically 1985 to present, the shift from a binary language (queer or straight) to a nuanced dialectic has broken down the binary into open forms, and has become part of mainstream culture. 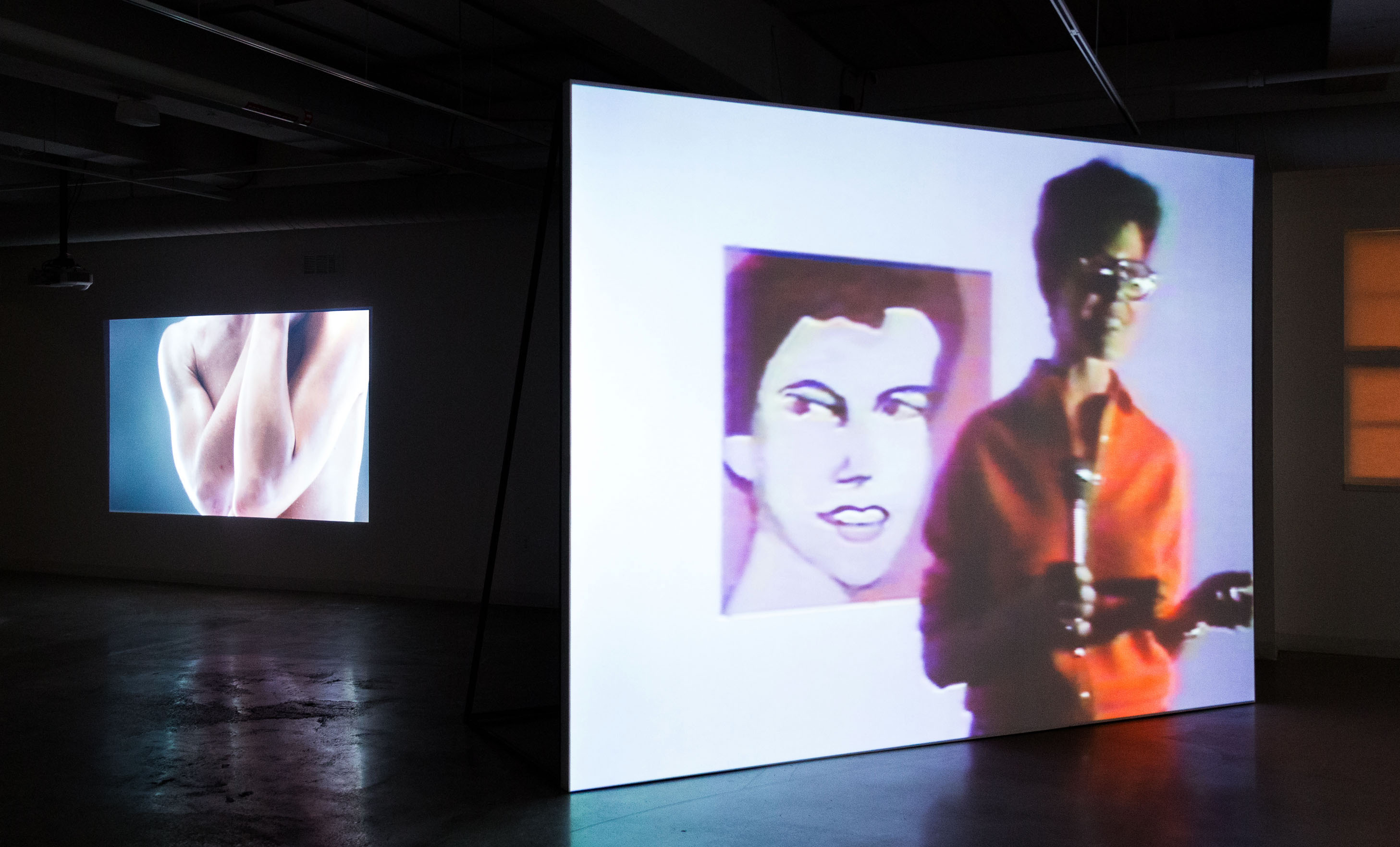 The earliest video, Cecilia Dougherty’s 1985 “Gay Tape: Butch and Femme,” is a strikingly complex and even, in retrospect, humorous documentary, for its diverse representation of lesbian identity. Shot in Ollie’s Bar, “a lesbian dive on Telegraph Avenue in Oakland (CA),“ it features five women’s impromptu statements about their sexual identities. At one point Dougherty herself bemoans the need to “validate our homosexuality” while heterosexuals don’t have that pressure. What is borne out in the work is the complex semiotics of the old terms of “femme” and “butch.” At one point a black woman who self-identifies as butch does a veritable standup comic routine on the semiotics of butch and femme clothing, behavior, and mores. It is brilliantly detailed and really funny how much, like a semiotician, she has paid attention to the difference between herself and “femmes.” 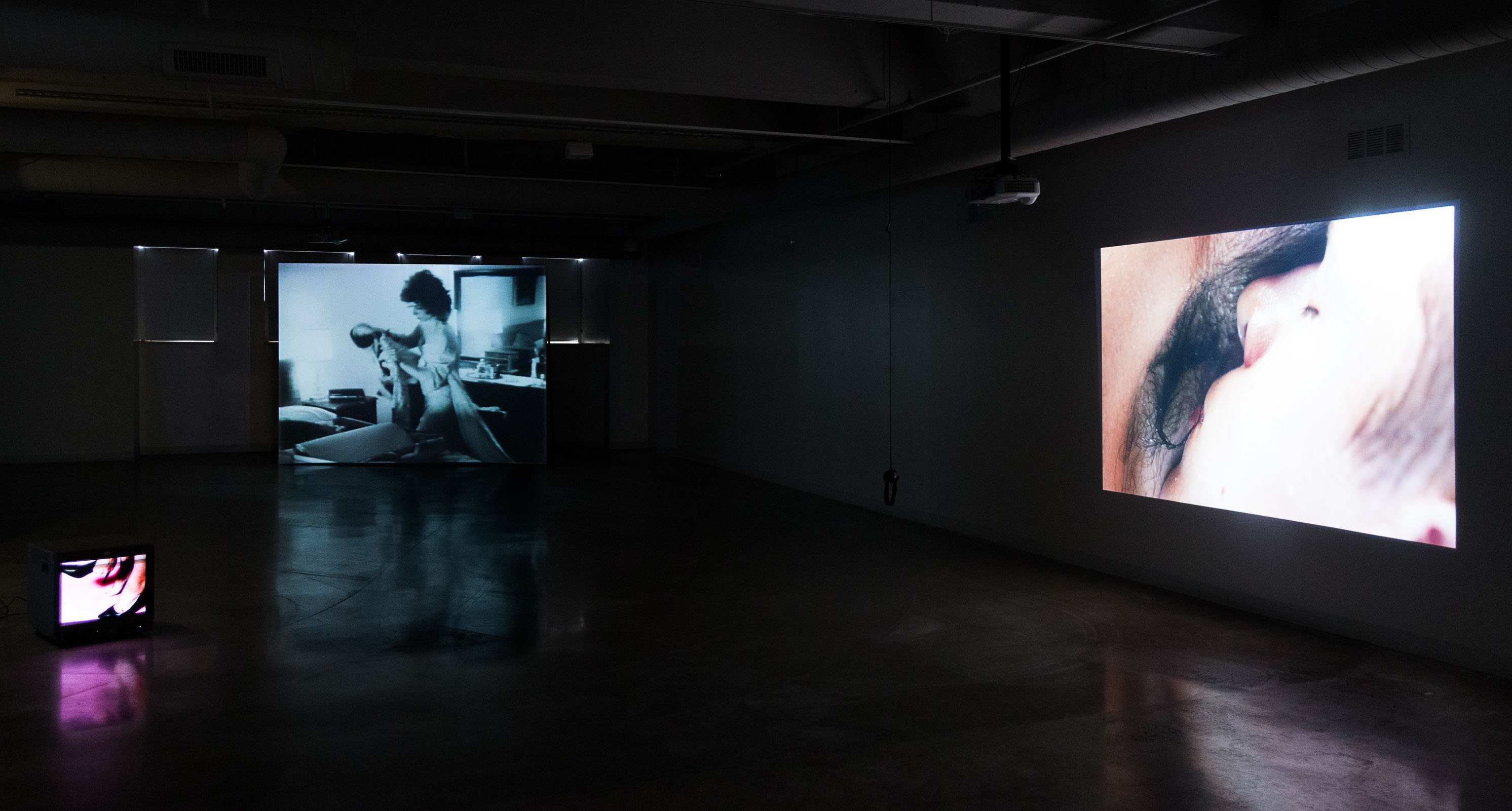 Even more complicated is Ira Sachs’ “Lady” (1994), an engaging, 28-minute narrative portrait of a female “actress” who rambles from one identity to another, from lesbian portraying a gay man, to playing a gay man portraying straight women. We really are never sure of the psychic make up of the speaking subject. Emotionally “Lady” is suffused with a strange, unresolved longing for something, for a satisfaction that is stalemated by indescribable forces. The piece prefigures Sachs’ later film, Leave the Lights On (2012), that develops this frustration into a critically acclaimed feature, where uncertainty of sexual identity between two male characters is the prevalent dynamic.

While seemingly humorous, “Women’s Size Eight” (2017), a four-minute video by College for Creative Studies’ student Zachary Marsack, portrays the torturous effort to “shoe-horn” a battered “male foot” into a dainty, spike-heeled shoe. The physical torture notwithstanding, the metaphor of fitting a masculine-assigned figure into a feminine form is perfectly and simply stated. Marsack’s video is the only one projected on a TV, which appropriately sits on the floor where feet belong.

“Desire as Politics” executes an amazingly astute, while very human, analysis of our hybridized sexual landscape and, by so doing, suggests the deep critical readings of the so-called heterosexual landscape as well. Because of the dazzling collection of images and voices, the most eye-opening video is Rashaad Newsome’s “Stop Playing in My Face,” 2016. The title was taken from a performance by transgendered Samantha James Revlon and, through a video collage of baroque jewelry and architectural elements, Newsome designed a head-shaped sculpture and video that speaks of the patriarchy of straight life and the desire and need to break it down. In this he has employed the voices of various feminists, such as bell hooks and trans activist Janet Mock, to speak their critiques from collaged mouths in the sculpture. The selection and arrangement of videos in and of itself creates a stunning deconstruction of our gendered landscape.

“Desire as Politics” at College for Creative Studies’ Valade Family Gallery – through March 10, 2018.