Wandering through Professor Tom Phardel’s department studio at the College for Creative Studies several years ago, I noticed an enigmatic shaped tea set— two small cups and tea pot—sitting on a shelf waiting to be fired in the kiln, that could as well have been made by an artist from the early 20th century. Seductive, biomorphic shapes bulging with curves and openings, lip-shaped edges, and resting in feline-like posture, it was nevertheless restrained, unassuming and, quite simple and strangely beautiful. A few weeks later at the annual CCS student show, I discovered it once again on a display shelf, but now it had a slightly glistening, pinkish, and minty skin like pigmentation; they were now complete and transcendent. 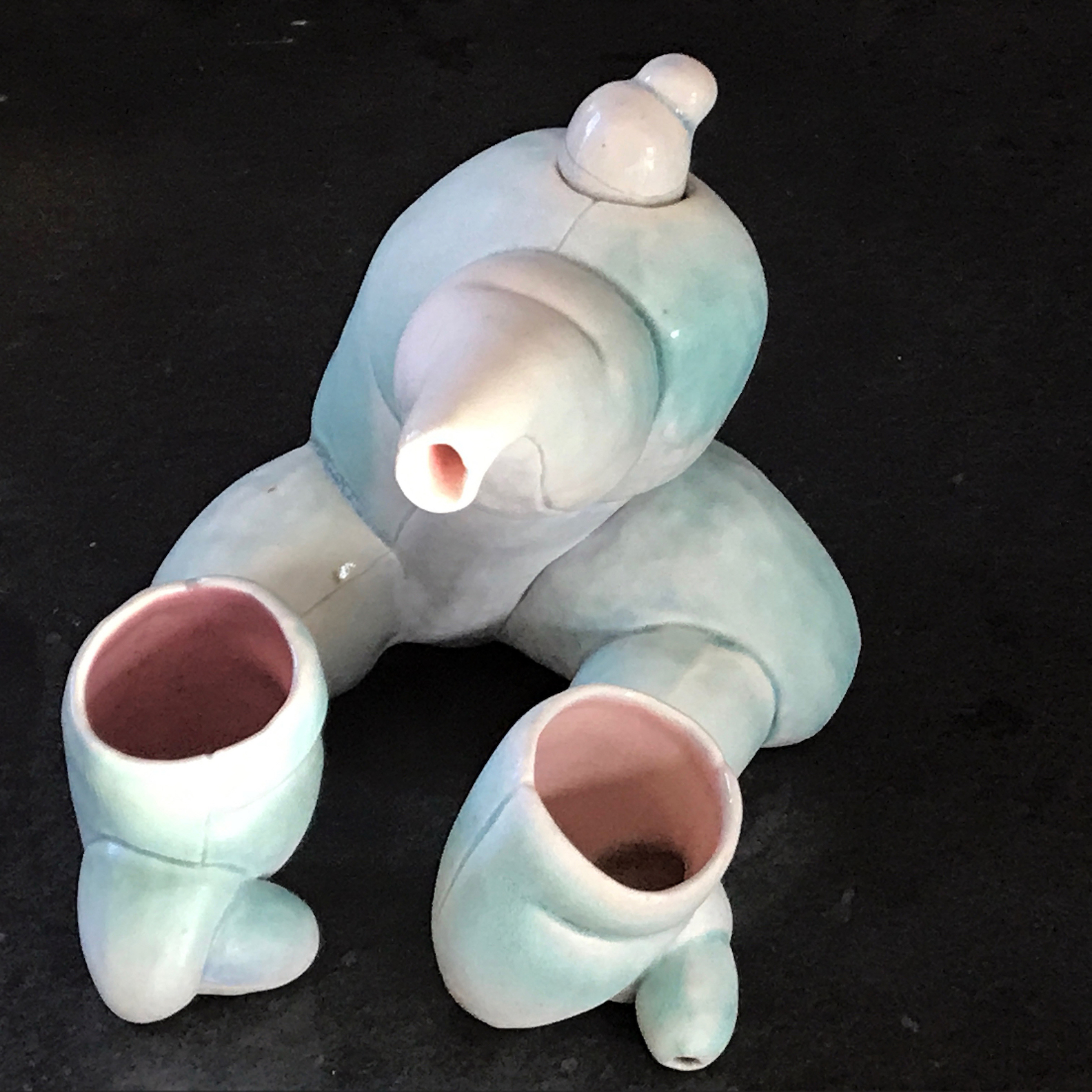 I only mention these earlier works of Virginia Torrence because of the radical change in the new work exhibiting at Trinosophes Gallery in the market area of Detroit. Since her precocious student work, Torrence has shifted perspectives. Moving from celebrating the palpable and bodily in remarkable forms, the new work’s focus is on the act of assembling parts, to picture, in a painterly-like space, in mosaic, a collage of fragments. It was not just a case of a need for change of artistic strategy but it seems a philosophical and psychological relocation. The time-honored tradition of Detroit artists mining the local landscape for materials to make art seems to have grafted on to her new art process. With her husband, artist Henry Crissman, Torrence has become a tenant of the city, living in an iconic Hamtramck neighborhood and working in Cass Corridor gallery and like all the artists who have lived there before, scouring the landscape for pieces of history. Instead of a focus on an inward awareness and desire (in her writing she speaks of “desire” as the emotional engine that drives artists to make art) her perspective is from the center outward. 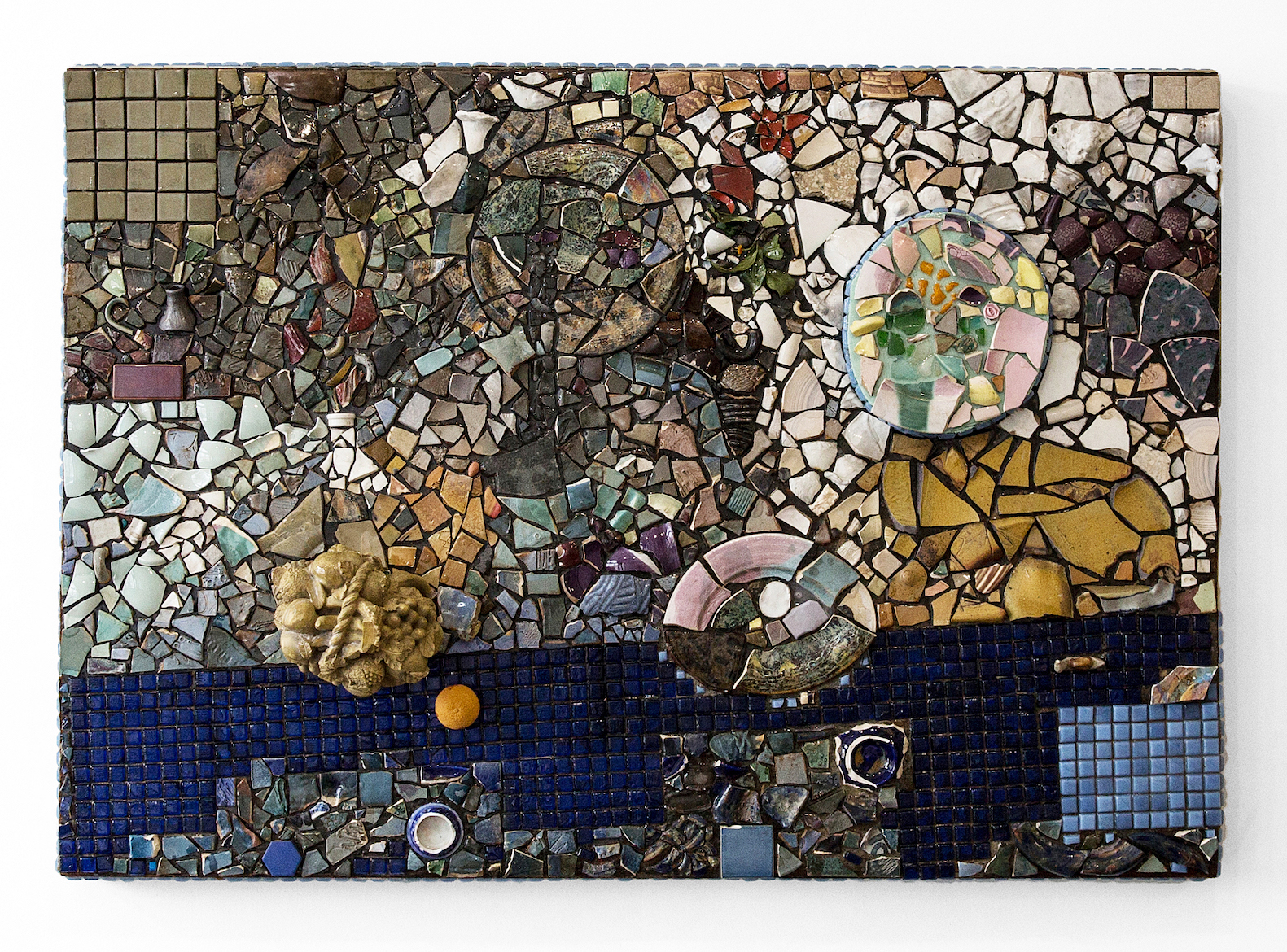 Assembled from gathered ceramic shards and kitschy objects from all over the place—from the shore of Detroit’s Belle Isle, to distant suburban thrift shops, Dollar stores and Craig’s list and remnant shards from other artist’s studios—Torrence has embedded the city in her mosaics. And like her biomorphic tea set her mosaics exhibit a brilliant sensibility. Arranged in a less than a planned scenario, each mosaic suggests an intuitive series of gestures, not unlike the operation of an abstract expressionist painting, that suggest fragments of images and ideas, but not composed narratives. The eye behind the assemblage of shards is fascinating. At once like making a puzzle—finding which shard “fits” where—while composing the spaces between at the same time. It merits a long look, suggesting the honored life of byzantine religious mosaics while revealing the kitschy and derelict simultaneously: a discarded, periwinkle-blue latex glove, an exploding banana, a vase. Torrence’s is a charged poetic strategy.

One can find these “pictures” in the mosaics–references to eating, plastic and real fruit, like sections of an orange or banana, flowers and engaged figures and maybe even self-portraiture and still-lives, even to biblical stories (there’s even a serpent and pear in one mosaic) — but the overall impact of Torrence’s mosaics is celebratory. Each tesserae and object of the eight mosaics is embedded in either a plastic (resin) medium or cement-like grout. The use of plastic resin as a grout gives a glistening, “juicy” (to use Torrence’s word) sensuous vitality to the surface. The mosaics seem to be alive with an inner light and activity and, due to their impeccable positioning, each tesserae seems to vibrate like a molecule. A close-up of one mosaic suggests an ocean tide pool teeming with foamy life, or an erotic flower spreading its seeds. 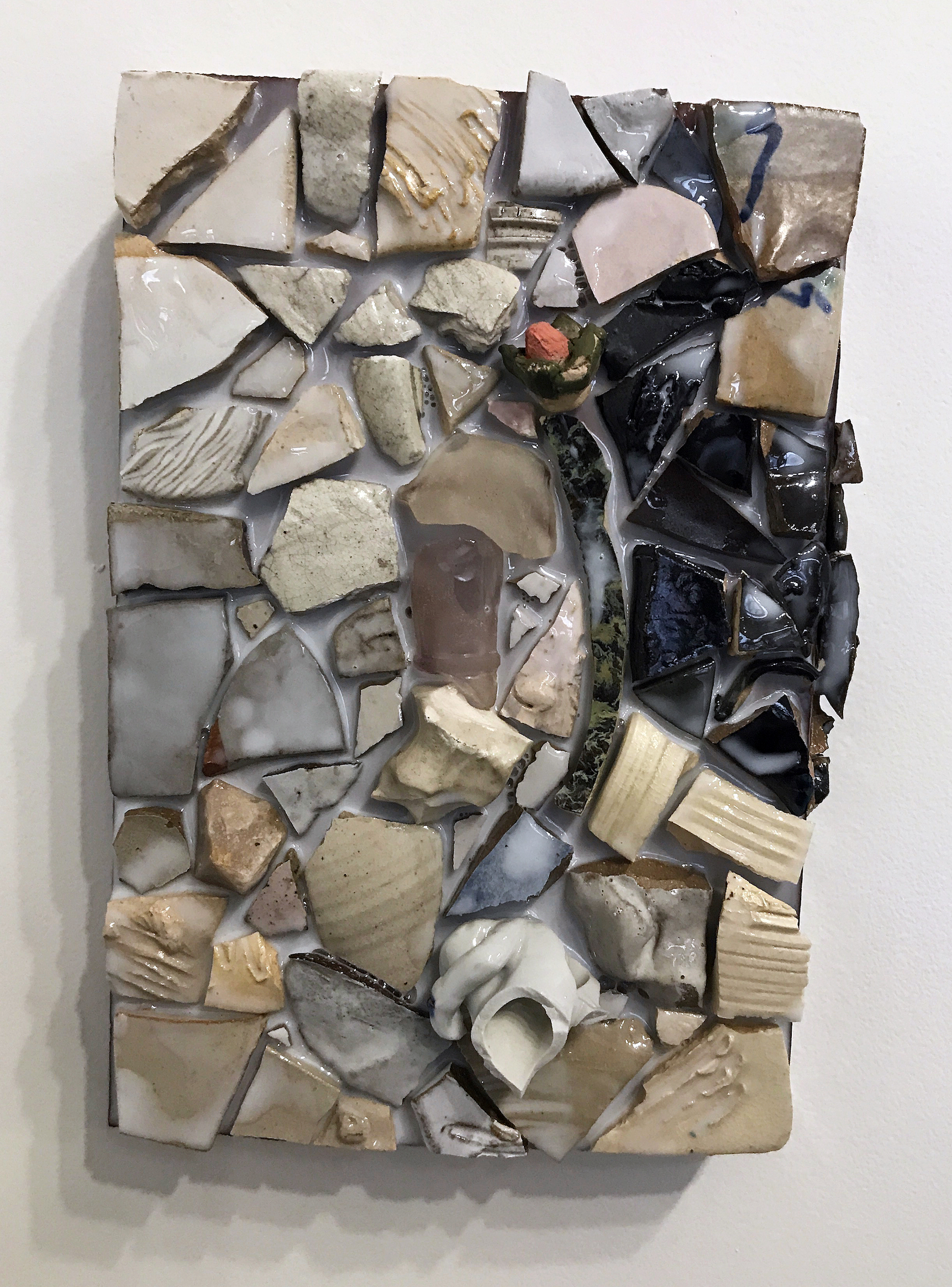 This change, from voluptuous, animal forms to flat, chance driven arrangements, is similar to the shift in the work of the great French-German artist Jean Arp who went from sculpted torsos early in the century, to colorful, flat abstract amoebic shapes by midcentury. In Torrence’s shift, and it seems in Arp’s as well, it is a change from the individual, body-personal to the collective, body-politic, from the sensuousness of smooth sculptural forms to the tantalizing arrangements of objects found in her new space and arranged by the energy of one shape encountering the Other, of Torrence encountering new elements in a new landscape. In a short text about the new work, Torrence said, “I am searching for the piece as I make it. The process is a collaboration between myself and the materials, vestiges of time, that I am piecing together onto a singular plane.” The hybrid mosaic form and expressionistic strategy she employs is an ideal fit in reviving an ancient art for a modern cause. 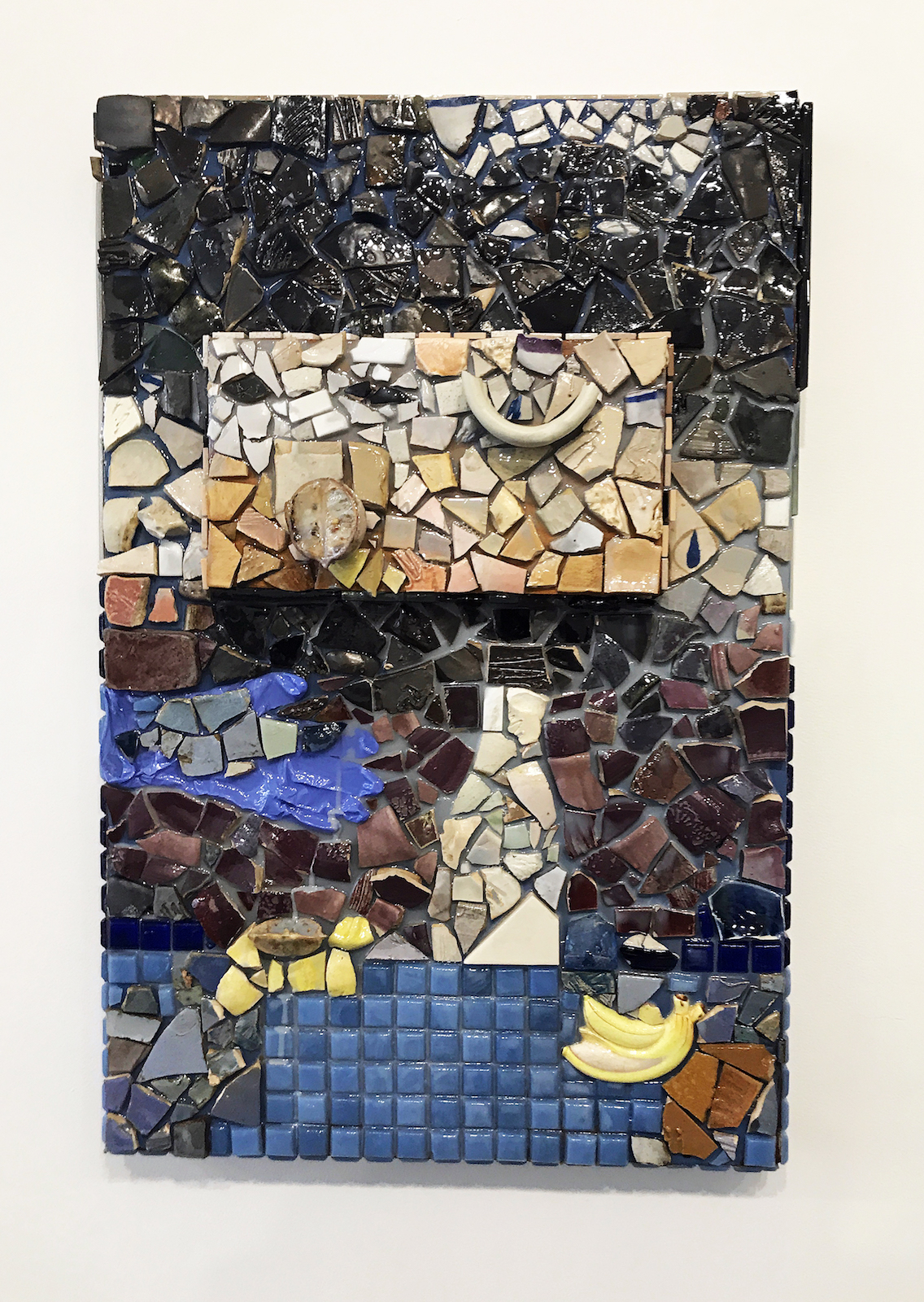