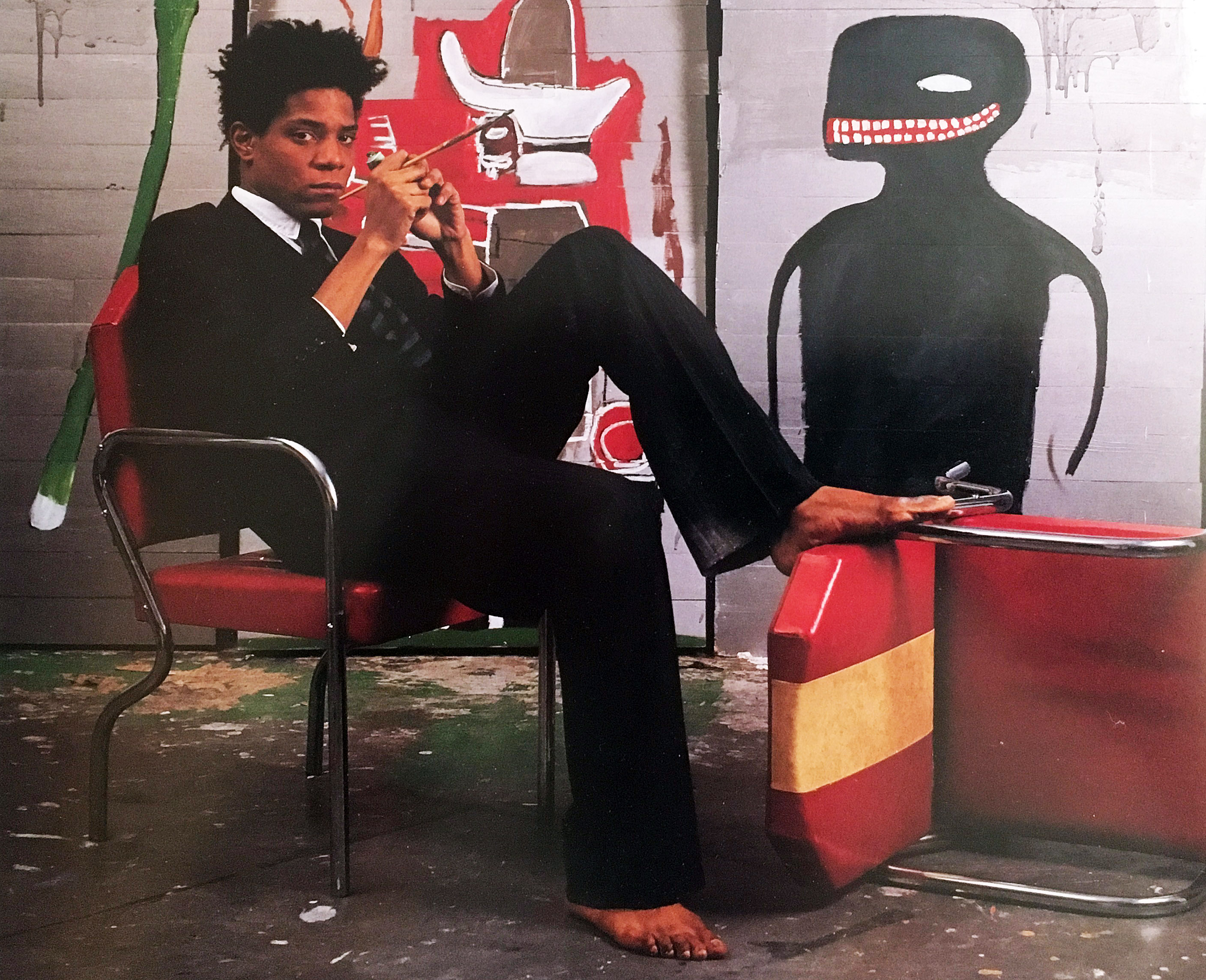 In the spring of 1971 when I had just graduated from Wayne State University with an M.A. in painting, I was making surreal landscape paintings. I had not heard of Jean-Michel Basquiat, of course, because he was only ten years old and attending St. Ann’s Catholic school in New York City. Soon after that he was bound for San Juan, Puerto Rico with his father and family for three years, before returning to Brooklyn and finishing high school.

And it wasn’t until the late 1990s when my son Julian Teachworth was finishing his senior year at The Cooper Union in NYC that he told me Basquiat’s work had influenced his painting. It was only then that I became familiar with his work, and that was ten years after his tragic death from a heroin overdose at the age of twenty-seven in 1988.

Andrew Blauvelt, Director of the Cranbrook Art Museum, said, “The exhibition and accompanying catalogue presents New York City in the late 1970s and early 1980s through the prism of Jean-Michel Basquiat’s art and provides a window into the art-rich time that he inhabited and impacted so profoundly. Ultimately, this exhibition will attest to Basquiat’s virtuosity in formation–the creative impulses that yielded a distinctive voice, but also the many diversions or paths he explored as he was developing a signature style.” 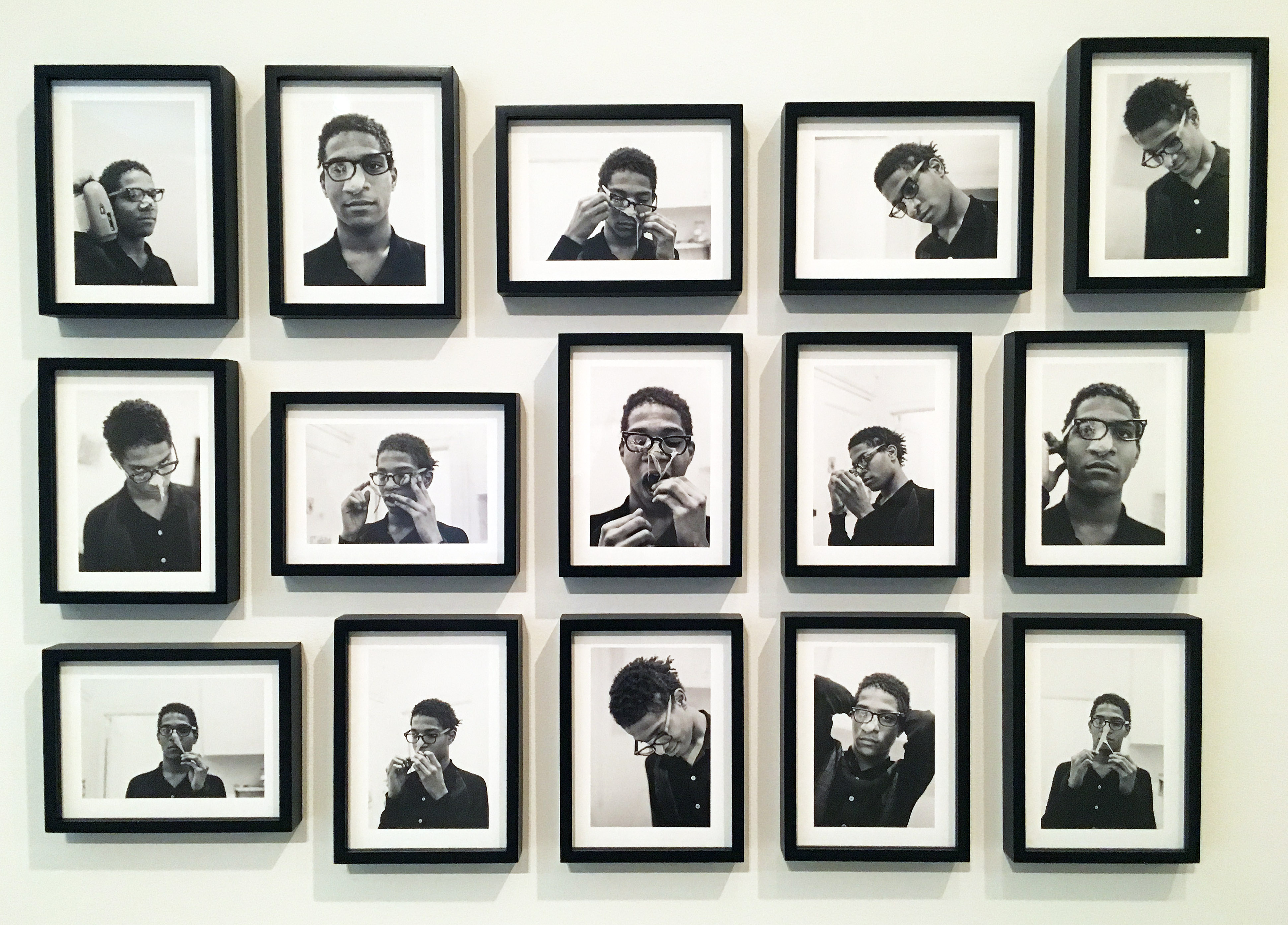 Jean-Michel Basquiat first appeared in New York City in 1980 depicting street graffiti using neat block letters and his SAMO© tags on the surrounding streets of lower Manhattan. It was these early years when Basquiat started dating Alexis Adler and living with a close friend, Felice Ralster, that is the subject for this new exhibition at Cranbrook Art Museum: BASQUIAT BEFORE BASQUIAT: East 12th Street, 1979-1980 that opened November 17, 2017. Basquiat and Adler moved into a small apartment at 527 East 12 Street, commonly referred to as the East Village, and became part of the punk culture largely based around musicians and artists at the Mudd Club scene. 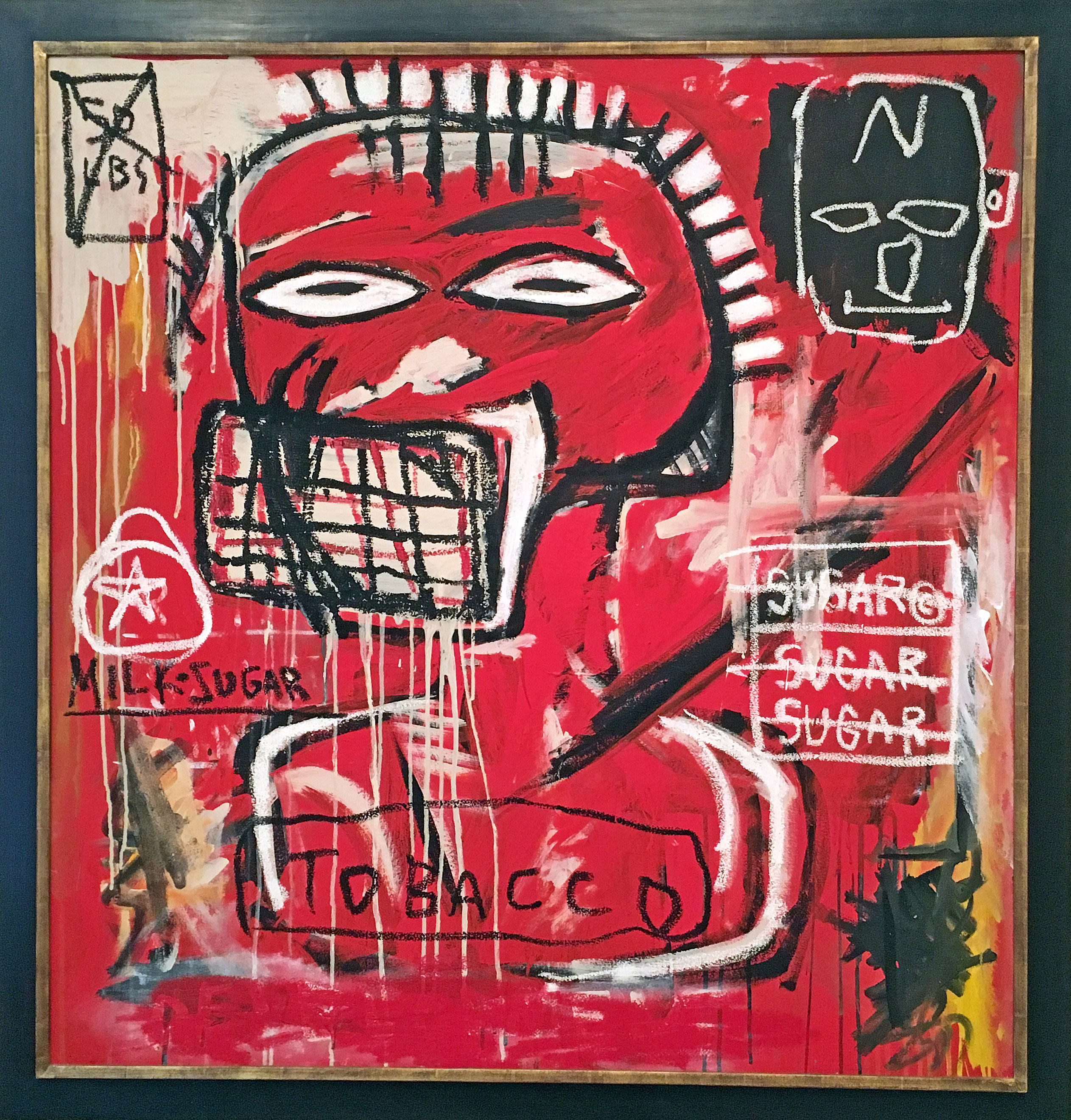 It was at P.S. 1 in a group survey show, New York / New Wave where his work was a step above graffiti street art, as illustrated by his ability for putting things together: masks, words, marks and disconnected phrases. The exhibition included Keith Haring, Robert Maplethorpe, and Andy Warhol. The day after the opening he returned home to Brooklyn around 6:00 in the morning to proclaim to his father, “Papa, I’ve made it!”

Basquiat made money for paint and his share of the rent by selling T-Shirts on the street. 1979

Basquiat’s riff with his father and his association with Keith Haring and Kenny Scharf, led him to Club 57 and a strong and close relationship with who would become his mentor, Andy Warhol. Back then, Basquiat made his living by selling clothing on the street. On display at the Cranbrook exhibition are T-Shirts he transformed into living works of art to be worn and celebrated as part of his artistic practice. 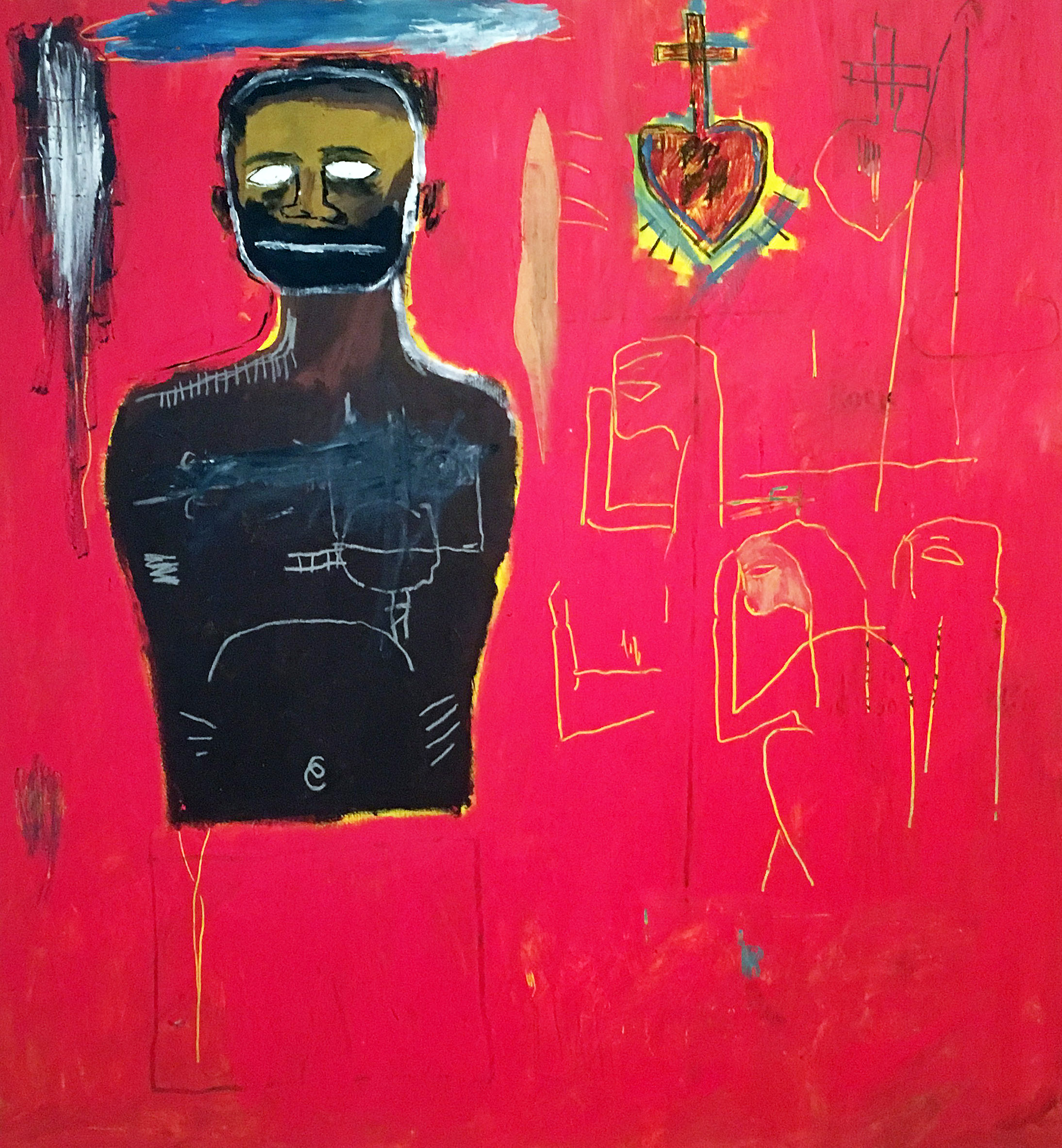 Looking back, I think we see Jean-Michel Basquiat as an artist who emerged from being a graffiti artist during the “punk scene” era, and then ended up as a celebrated artistic phenomenon. Skillfully, he brought together disparate traditions, practices and unconventional styles that established a baseline for artists to come. He was an African-Caribbean artist, who came along at a time when the art world was dominated by exhibitions of Minimal and Conceptual art. 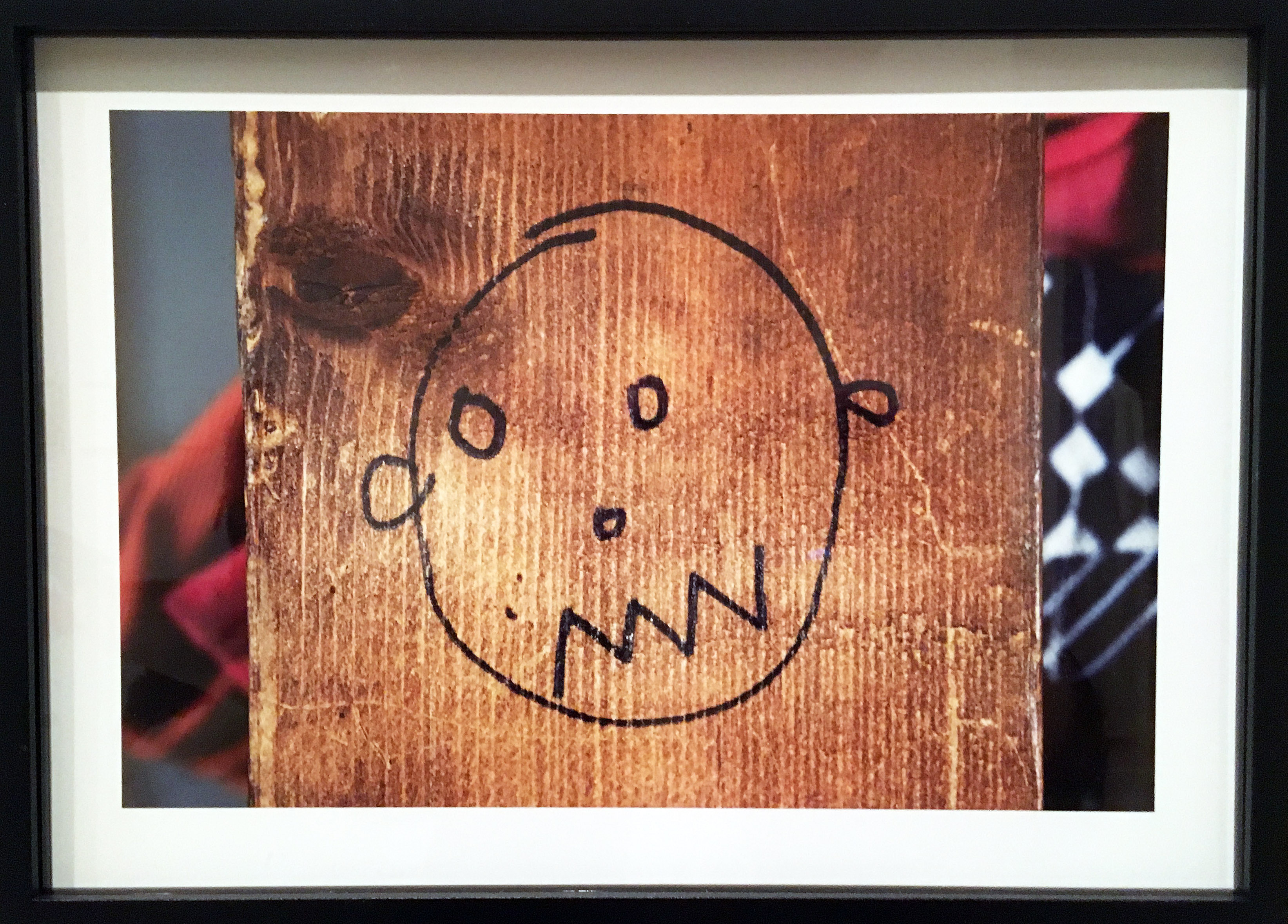 Using an archival approach, much of this exhibition comes from the collection of Alexis Adler, and a visit to the exhibition Basquiat Before Basquiat deepens your understanding of this artist while simultaneously providing the viewer with a context of his early work in 1980s New York City. Concurrently, the museum is hosting exhibitions by Keith Haring, Maya Stovall and Ryan McGinness. 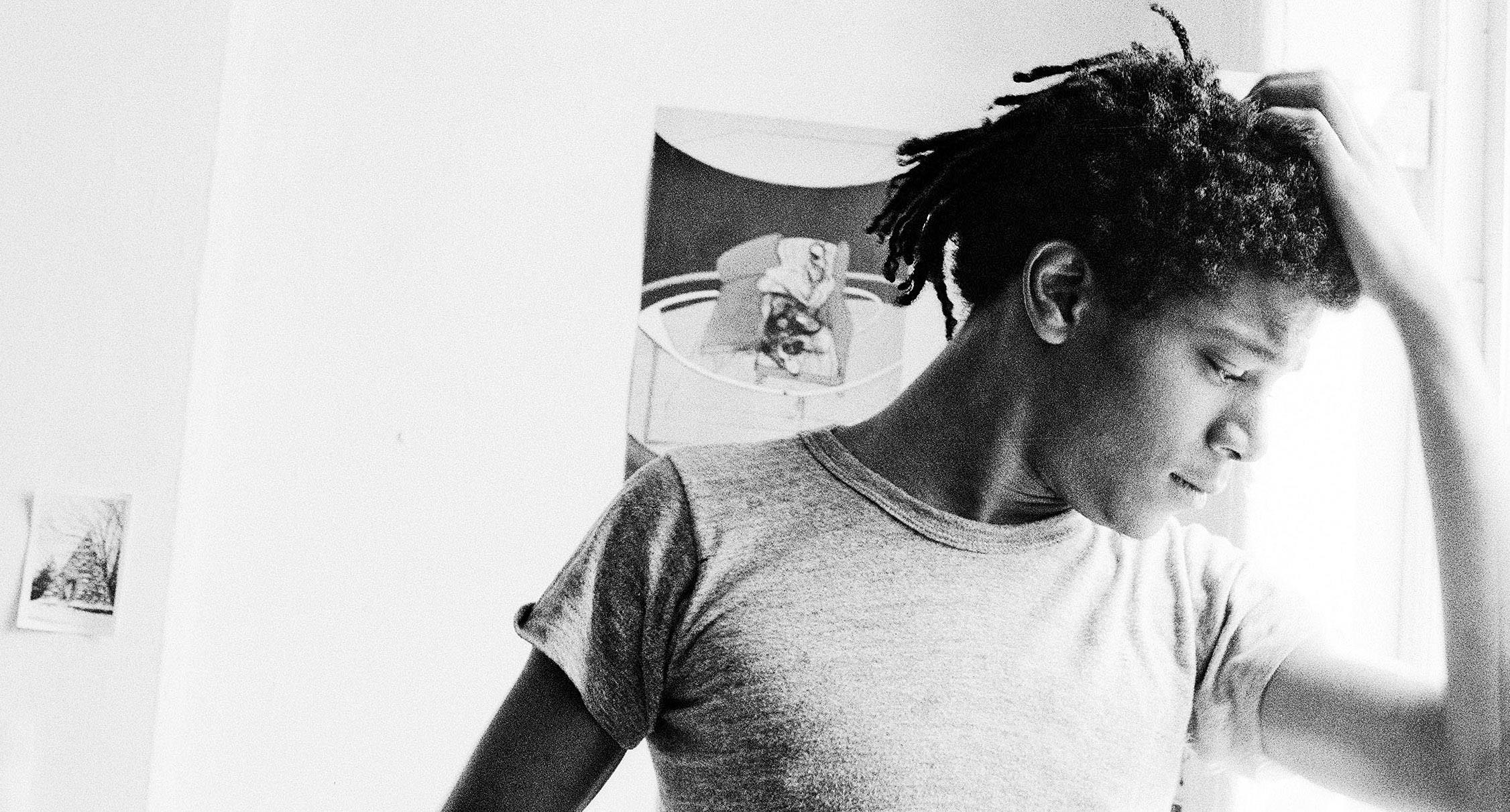 Alexis Adler, B&W photograph of Baquiat in the apartment, 1981