Yasmine Diaz has already had work exhibited in both sides of the Atlantic ranging from venues such as the Los Angeles County Museum of Art, the Poetry Project Space in Berlin, and Station Beirut in Lebanon.  But soft powers at the Arab American National Museum is her first solo exhibition in a museum space, and as such seems like a debut of sorts.  Los Angeles based Yasmine Nasser Diaz recently completed her artist in residence in March 2020 at the AANM, and with Soft-Powers, she presents an intimate and largely autobiographical reflection on the experience of coming-of-age in the United States as the daughter of immigrants.

Soft Powers wittily puns on both the medium and the message of the exhibit, referencing the silk of the show’s fiber etchings and the “soft powers” immigrants are forced to develop as they navigate conflicting loyalties and cultures.  Diaz approaches the topic from first-person perspective, having herself grown up in Chicago as the child of immigrants from Yemen. 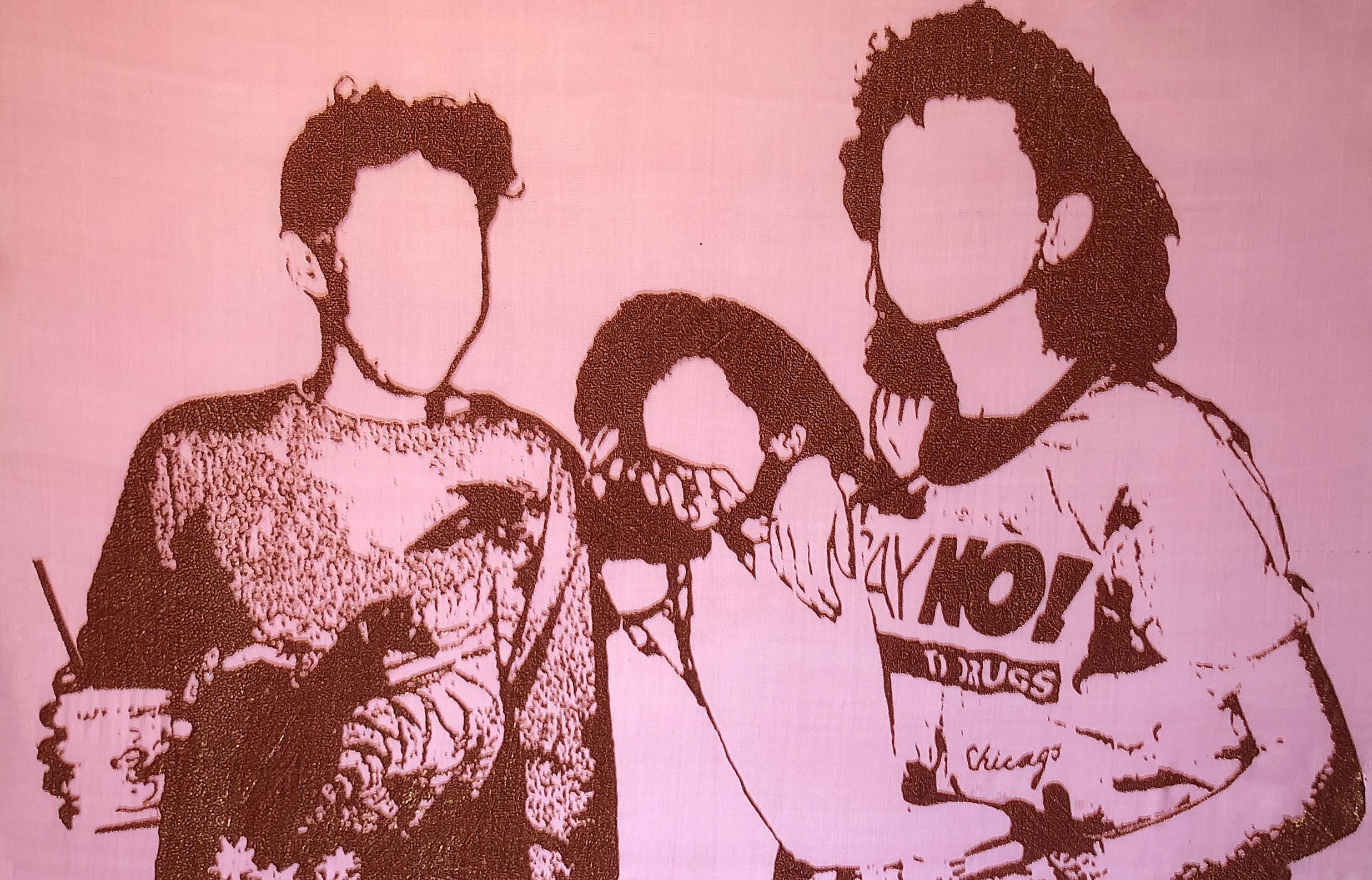 The exhibition is divided into two sections, beginning with an ensemble of fiber etchings based on the artist’s own photographs of Yemeni friends and family in private interior spaces.  Her fiber etchings are mostly monochromatic (and of a warm rose color palette), and the figures they portray are reductive like those of an Andy Warhol screen-print.  But there’s enough visual information to suggest some of the tension (and fusion) of differing cultures.  In one image, we see a woman wearing a “Say No! to Drugs” t-shirt; in other images, we see women dressed in what appears to be more traditionally ethnic dress. In most of these images, we see women in a group or ensemble, often embracing, and exuding sisterhood and solidarity. 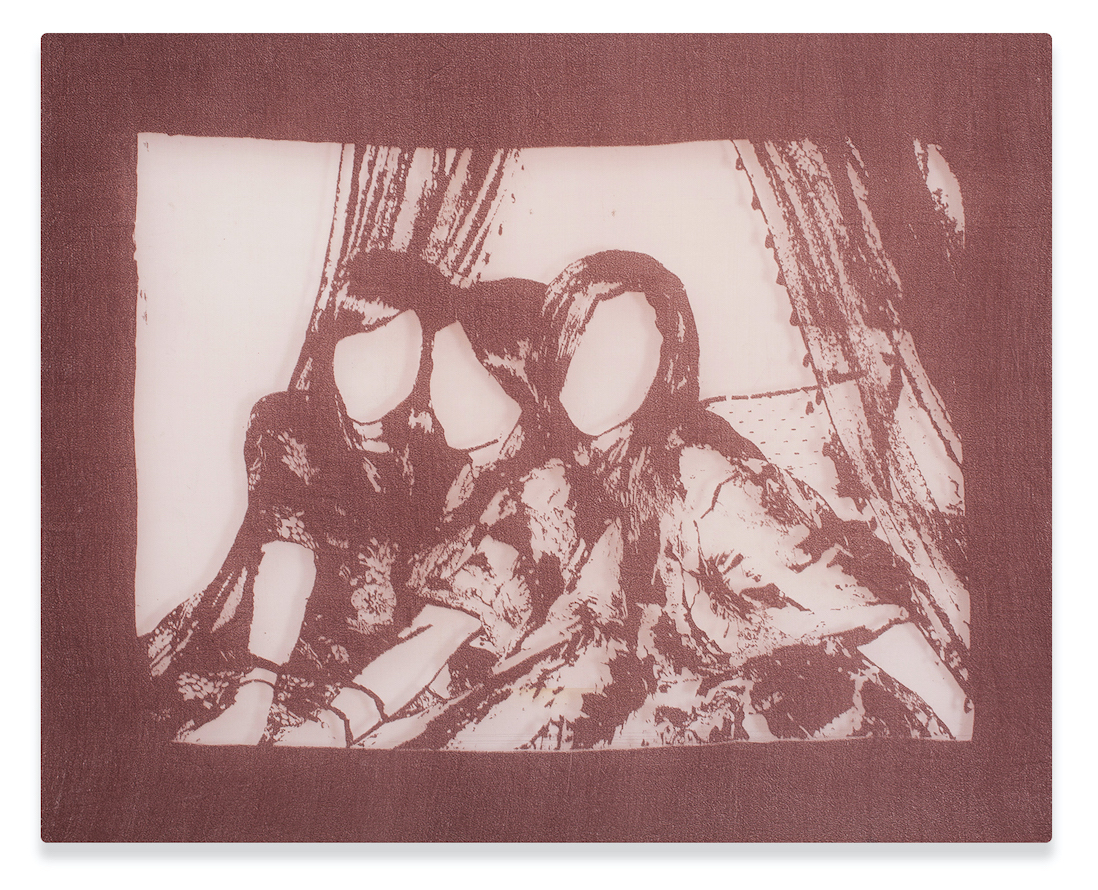 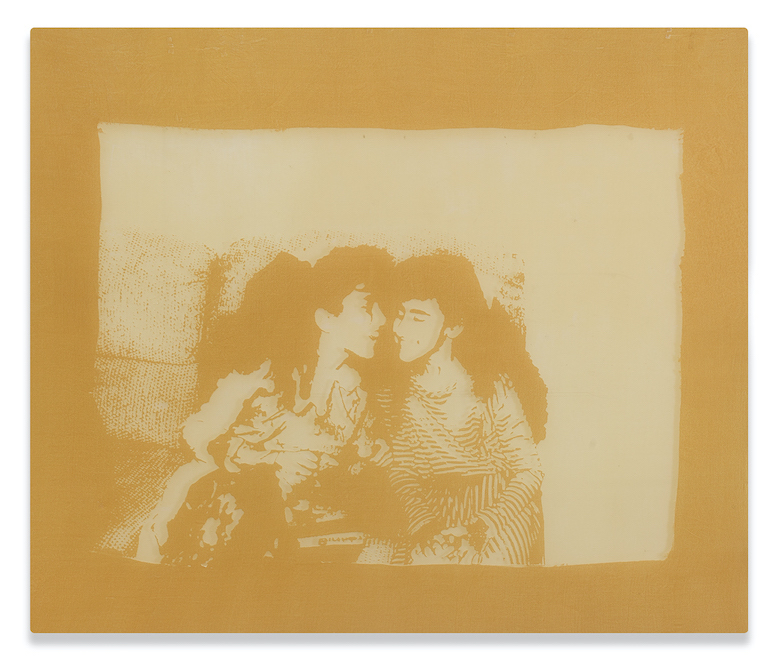 The second space in the exhibit is an immersive installation of a bedroom with some interactive components.  This is the third iteration of her Teenage Bedroom series, and comprises all the elements you’d expect to find in the bedroom of two fictional children of immigrants to America.  There’s enough detail that wandering around the space feels almost creepily voyeuristic.  Having come of age myself in the 90s, I appreciated anecdotal elements like the California Raisin collectibles placed on the television set, and the Trapper Keeper binder on the floor, details that imparted a bit of whimsey and (for me anyway) shared experience.  Queen Latifah posters, stacks of cassette tapes, a stack of People magazines, Islamic prayer beads, and black and white photographs of presumed relatives are a few elements in the room that collectively hint at cultural synthesis as these children embrace American culture while acknowledging their traditions and family histories.

Unfortunately, by its nature Teenage Bedroom loses some of its impact when just viewed online, and since the AANM is closed indefinitely due to Covid 19, the show must be experienced digitally by default.  However, the AANM assembled a virtual walk through of the exhibit, narrated by Diaz herself.  And most of the silk-etchings from the show are viewable on her website.  Though the show can’t be viewed in person (for now), it remains a timely and relevant exhibit, particularly against the backdrop of the 2017 travel ban which affected aspirant immigrants from Yemen.  In this show, Diaz quietly urges us to look at arrivals from other homelands with empathy, and she imparts a healthy respect for the soft powers these immigrants develop as they tactfully navigate the bridging of cultures. 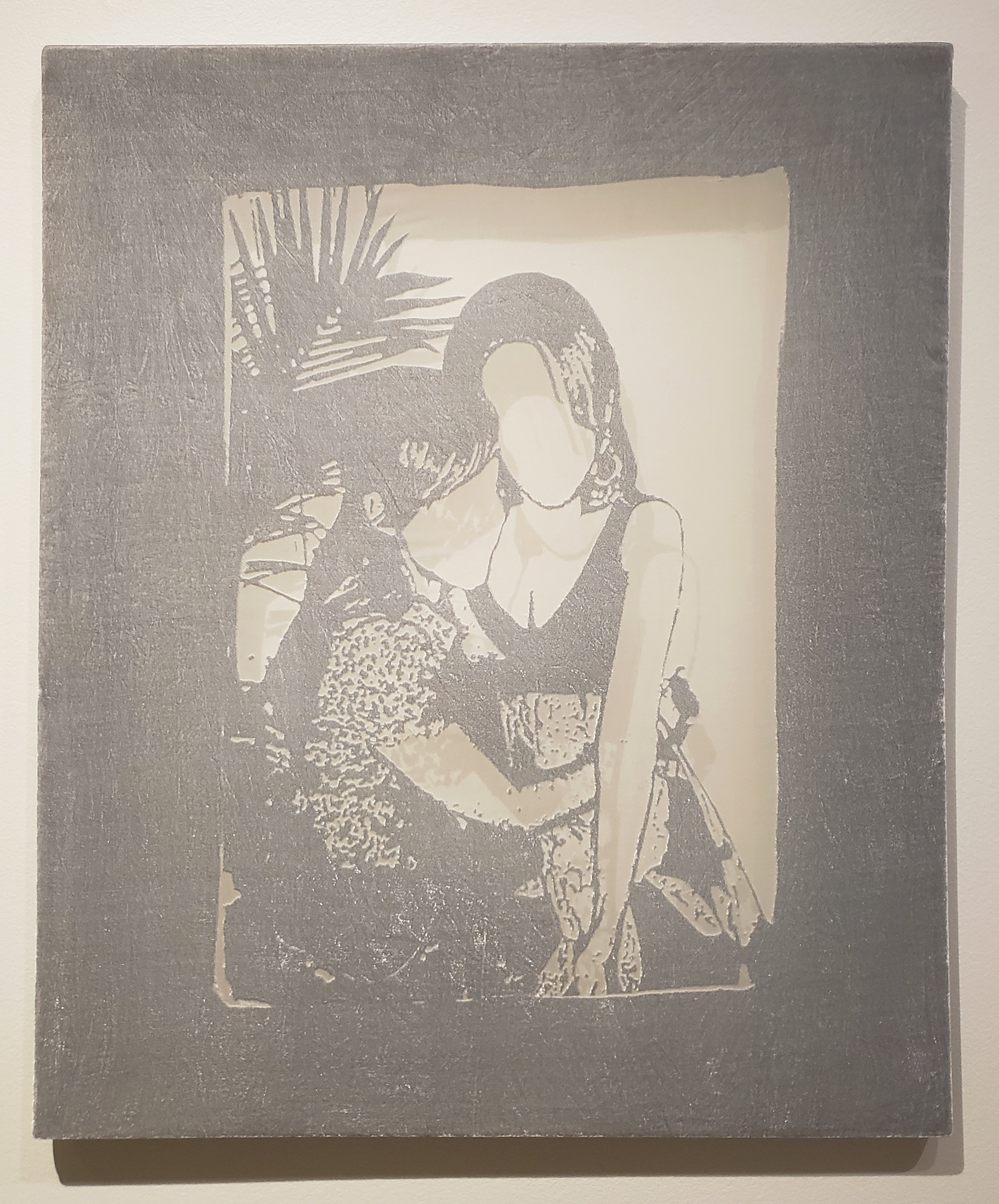