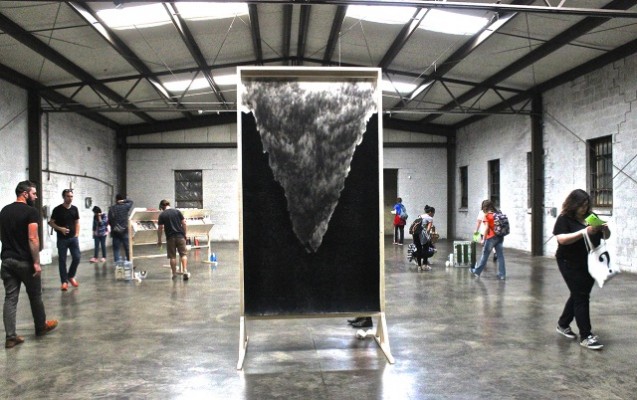 As a mildly obsessive-compulsive individual, BAD GRASS NEVER DIES, a solo show by Lan Tuazon, which opened at Youngworld on Saturday, September 26th, appeals to me first on an aesthetic level. The work seems primarily interested in order and space—particularly the way that the bodies of mass manufactured plastic objects, such as water bottles, detergent containers, and even traffic pylons, can fit inside each other. In an act of reverse-knolling (a methodical arrangement of objects separated on a surface at right angles), Tuazon creates matryoshka-like collections which form layered shapes, which are neatly-halved. Their cross-sections are displayed on a series of shelves, as in Beyond the Surface of Your Skin, or in freestanding installations like Bad Grass Never Dies or From the Cradle to the Grave. 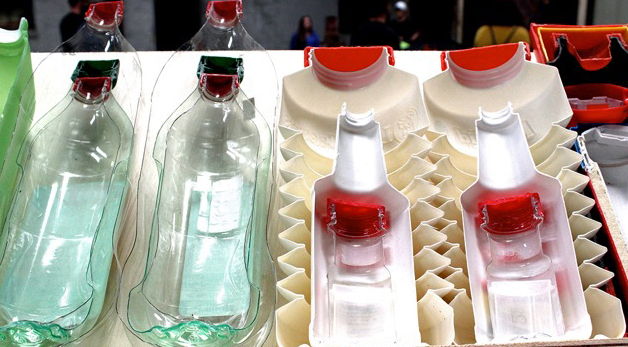 The nesting shapes of these waste objects, meticulously architectured into perfect relationship with each other, rescues them from the waste bin—both literally, and by revealing the care and agency in their original design. The elegance of their fit and display elevates these objects, returning them from refuse. In the center of the gallery is a two-sided piece mounted on a rolling whiteboard, and it is this work, “Pit of Mundus: Smoke” and “Pit of Mundus: Scribble” that link the work on display to the performance which took place as part of the show’s opening. 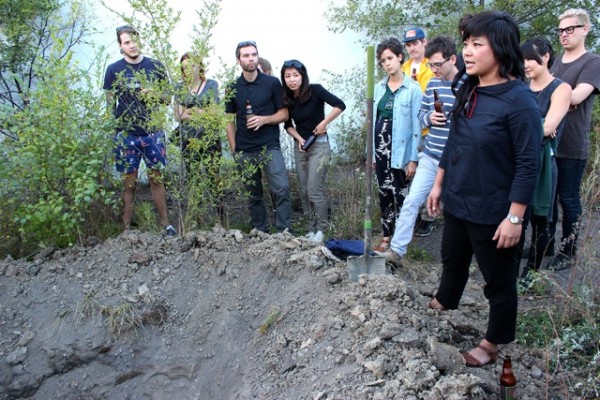 In an outdoor ceremony during the show’s opening, Tuazon led the crowd in the ritualized casting out of possessions into a “Pit of Mundus” or “hole of the world”—literally dug into Youngworld’s courtyard. Attendees were invited to jettison objects that represented aspects of themselves or their lives that they wished to separate from. Tuazon was prepared, with a set of work clothing that symbolized a vestige of herself that she was ready to move on from. The assembled crowd had not come prepared for a transformative ceremony on the scale of the deep pit, which Tuazon referred to as a “negative monument”—but they obligingly manifested what they had on hand: two people threw in insurance cards for cars that had been totaled, a jacket, a ring (offered without commentary). Once the crowd was finished making offerings, Tuazon ceremoniously closed the pit with a “cap of caps”—a seal created by cementing a series of concentric lids together in plaster. “Take a deep breath,” she instructed the crowd, after the seal was in place, “these things no longer occupy the same air as you.” The attendees, gathered around the pit, then collectively buried the site, using their feet to push fill dirt, piled all around the pit, back into place. 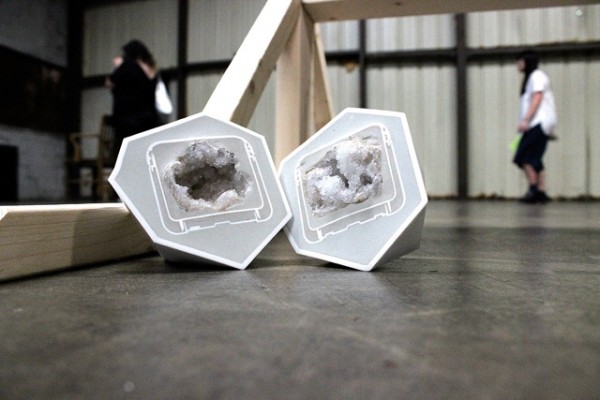 The two-sided “Pit of Mundus” pieces act as a kind of gateway (a mundus, in the context of ancient Roman culture, was thought to be the gateway to the Underworld) between the trash that has been brought back from the dead to become art, and the treasured objects that were cast out to be buried. Through this two-sided process, Tuazon has affected a lively and thought-inspiring transfer of value, inspiring us to reconsider what we discard and what we keep. Bad grass may never die, but people do—and in the end, no matter what you’ve kept, you can’t take any of it with you.