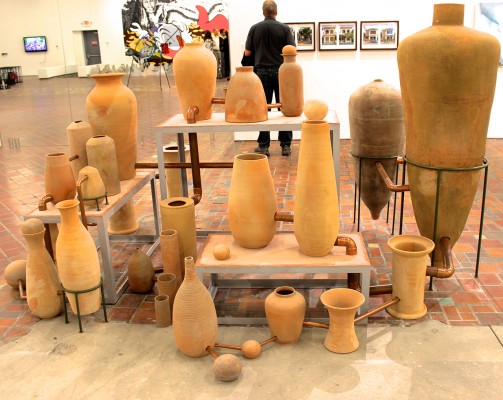 That is the simple, pointed statement made on a set of posters by Runo Lagomarsino, free for the taking by anyone who attends “The United States of Latin America” (USLA) exhibit, cornerstone of the MOCAD’s freshly-launched fall program. The show was co-curated by MOCAD’s Senior Curator at Large, Jens Hoffmann, together with guest curator Pablo León de la Barra, UBS MAP Latin American curator at the Guggenheim, with support from the Kadist Art Foundation , which loaned many of the works on display. Vincent Worms, KAF Chairman, had this to say about the show: “This exhibition illustrates how the Kadist Art Foundation likes to bring together collection and exhibition: international artists addressing important socio-political issues, and talented curators like Jens and Pablo—having them dialog in a visually strong exhibition.” 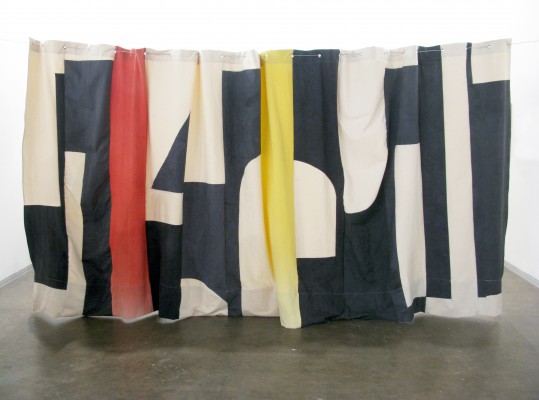 Certainly, USLA covers a lot of ground, both conceptually and regionally, bringing together artists from all over Latin America—a massive and diverse area that, as León de la Barra pointed out when I spoke with him and Hoffmann during the show’s installation, sometimes plays second fiddle to the United States when it comes to American identity. “The exhibition’s title plays a little bit with the idea that the United States has almost taken the name of America—which is a continent—for itself,” says León de la Barra. Whether it will achieve its goal of sparking a dialogue between these two Americas is anyone’s guess, but the show is full of aesthetics and themes that are sure to resonate across international lines.

Certain of these are the natural result of similarities in the growing pains of societies trying to find their footing in the rapidly shifting sands of industrialization and global business. Columbian photographer Nicolás Conseugra has ten photographs in the show, taken in Bogota and focused on the ghostlike traces of removed letters from signs mounted to the facades of failed businesses. “It talks about urban and economical conditions, but at the same time, how much is actually left of a prior purpose of something once we take the signifiers of it away,” says Hoffman, who chose these works for the show because of their obvious resonance with Detroit’s world-renowned economic decline. 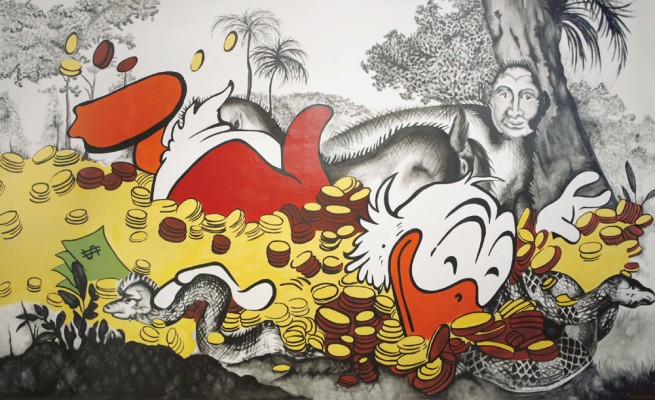 Another fascinating piece that deals with a lesser-known chapter in history, as well as a direct link between Detroit and Brazil, is “Fordlândia Fieldwork” by Clarissa Tossin, which maps the efforts made by Henry Ford to exploit rubber from the Amazon. In a large-scale map, folded up in several places to create origami-like structures, Tossin overlays Detroit’s city plan with that of the abandoned city of Fordlandia, which was the rubber plantation established by Ford in the Amazonian rainforest—an attempt on his part to cut out the middlemen who acted as suppliers of caucho, the raw ingredient from rubber trees, integral for tire production. Ultimately, Ford’s concept was unsustainable, the rainforest conditions an overmatch for his ambitions, but the power of a literal connection between these two places, as well as the prescience of a failed city of Ford’s dreams—precursor to the fall of his United States empire—cannot be ignored. 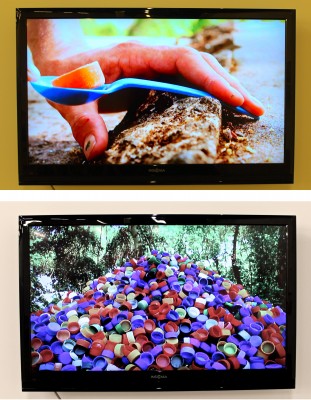 It is the earmark of privilege to simply fail to acknowledge any inconvenient truth. This is a lesson that Detroit, and its much-beleaguered native population, knows well. But like the rest of the United States, Detroit exists in a state of relative isolation and ignorance when it comes to international affairs, and the lessons we might learn from them. Both Hoffman and León de la Barra see USLA as an exciting opportunity to bring Latin American artists to light, and with them, tidings and teachings from other emerging places, cities with thriving practices of artist-led revolution and rebuilding. Places with which we, the North, might find we have a lot in common, if we only take a moment to notice.