So last year, I wandered out onto the farthest fringe of the fine art community and made a decision to write about the 2017 North American International Auto Show (NAIAS). At the time I declared it to be an exhibition in the Detroit metro area worthy of our time and effort. Now, the new 2018 review comes on the heels of writing a review of Monet: Framing Life, an exhibition now at the Detroit Institute of Arts.

In my 2017 Auto Show review, I gave recognition to the Eyes on Design competition and to the College for Creative Studies for their exemplary Transportation Design Program. In addition, I acknowledged all the fine artists who worked in the automotive design process by day, and do their own personal and private fine art work in their home studios on weekends and by night. I did this review based on attending the 2017 public viewing of the auto show, packed with a widely diverse audience of families and individuals from all walks of life. When the review was published, I did get positive feedback from NAIAS officials as they recommended that in 2018, I should apply for a press credential. For the 2017 Detroit Art Review, I went about my business and selected a luxury production car, the 2017 Lincoln Continental, as having the highest level of overall aesthetic appeal, followed up by my reasons for the selection and why.

There were critics, of course, both writers and artists who thought I had lost my mind by comparing the design elements of a car to the exhibition of paintings by Van Gogh or Edward Hopper, but many more could easily see the connection between the artisans who work in the automobile design departments and their personal artistic talent, of which many men and women exhibit in galleries, museums, and fine art competitions right here in Detroit.

But that was last year. In December of 2017, I contemplated a new review of 2018 NAIAS. Should I do another?  I began by applying for a press credential and was rejected and then rejected again on appeal. Then I approached the Chairman of the CCS Transportation Design program by email and asked for his input. He said he supported the idea whole-heartedly, but soon his emails stopped and he could not be reached. After the rejection by NAIAS for press access, they suggested that I should simply attend one of the Industry Preview Days. I did that and paid dearly for the, um, privilege. $110 for the ticket, $15 for parking and $4 to hang up my coat, all in a good effort to provide publicity and good will to the auto industry. (I am happy to report that using the men’s room is still free.)

The first thing I bumped into on the showroom floor was the new Audi R8 V-10 sports coupe powered by a 10-cylinder gas guzzling engine with a 14mpg (they may have fudged on the mileage). Considering the price tag of $175,000, that seemed like enough money and cylinders for four cars.

I moseyed up to a high platform where the view consisted of thousands of white men, aged 30-60 years old, in dull slacks, dress shirts, short hair, and glasses. Many were clustered in groups and held an itemized pad for notes and iPhones for taking pictures.

Several times I asked those working the show what was meant by Industry Preview Day. Their responses varied greatly. “Mostly engineers…looking at the competition,” or “VIPs from headquarters” or “today is for the auto designers and their teams,” or “it’s mostly a perk for suppliers or dealers.” My guess is they all were provided with a free ticket.

As you might recall or imagine, the Cobo exhibition hall is a large, circular space filled, in this case, with very expensive sets are individually designed and assigned to each automobile manufacturer. What I didn’t expect to see was a section devoted to automotive suppliers. I guess that means more revenue for NAIAS and Cobo Hall.

The first supplier exhibit I came across was Aramco Transport Technologies, which provides technology that improves mileage, emissions, and efficiency. I asked a representative where their headquarters were, and they said, Novi, Michigan. Apparently, they are also located in other parts of the world, like Paris, France. When pressed, they said they were a division of Saudi Aramco in Dhahran, Saudi Arabia, the state-owned oil company that is the world’s top exporter of oil and natural gas.

To be fair, Aramco has developed a Mobile Carbon Capture technology that captures the Co2 before it leaves the car, which is then stored and unloaded for reuse. Although there were electric cars, like Volkswagen’s concept car, in most of the displays, but I did not see a supplier of passive energy sources for automotive use.

There was Denso North America, leaders in corrosion prevention and sealant technology, headquartered in Kariya, Japan. There was a large display by Aisin Group that specialized in powertrain components, also head quartered in Japan, but I asked myself; who is coming to NAIAS to look into the technical parts of a car or cross-sections of a transmission? Are they lobbyists? I would be remiss if I did not mention the Michelin Tire Display, fudge from Kyba’s Mackinaw Island and the candied almond vendor. 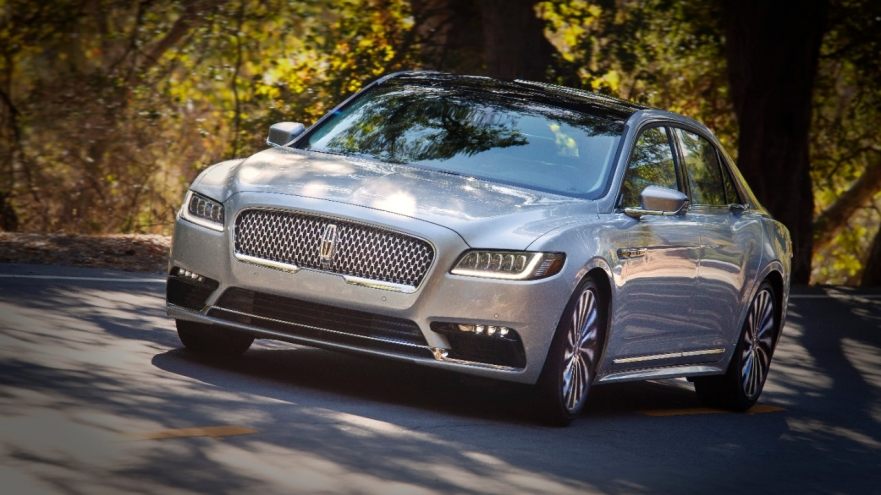 But back to my mission to find a car that has the highest level of overall aesthetic appeal, which leads me to another revelation: The design of production cars changes very slowly, as this year’s models demonstrated. I was drawn back inexorably to the Lincoln Continental. The understatement of line, shape, and proportion still provides the viewer with a feeling of strength and security. The lines curve down and inward, an aesthetic sometimes seen in European sports cars. The repetition of roundness is soothing. Stylish elements abound, like the way the E-latch door handles provide a graceful inset in the side door, and five LED lamps create a slender design to what used to be a larger headlamp. 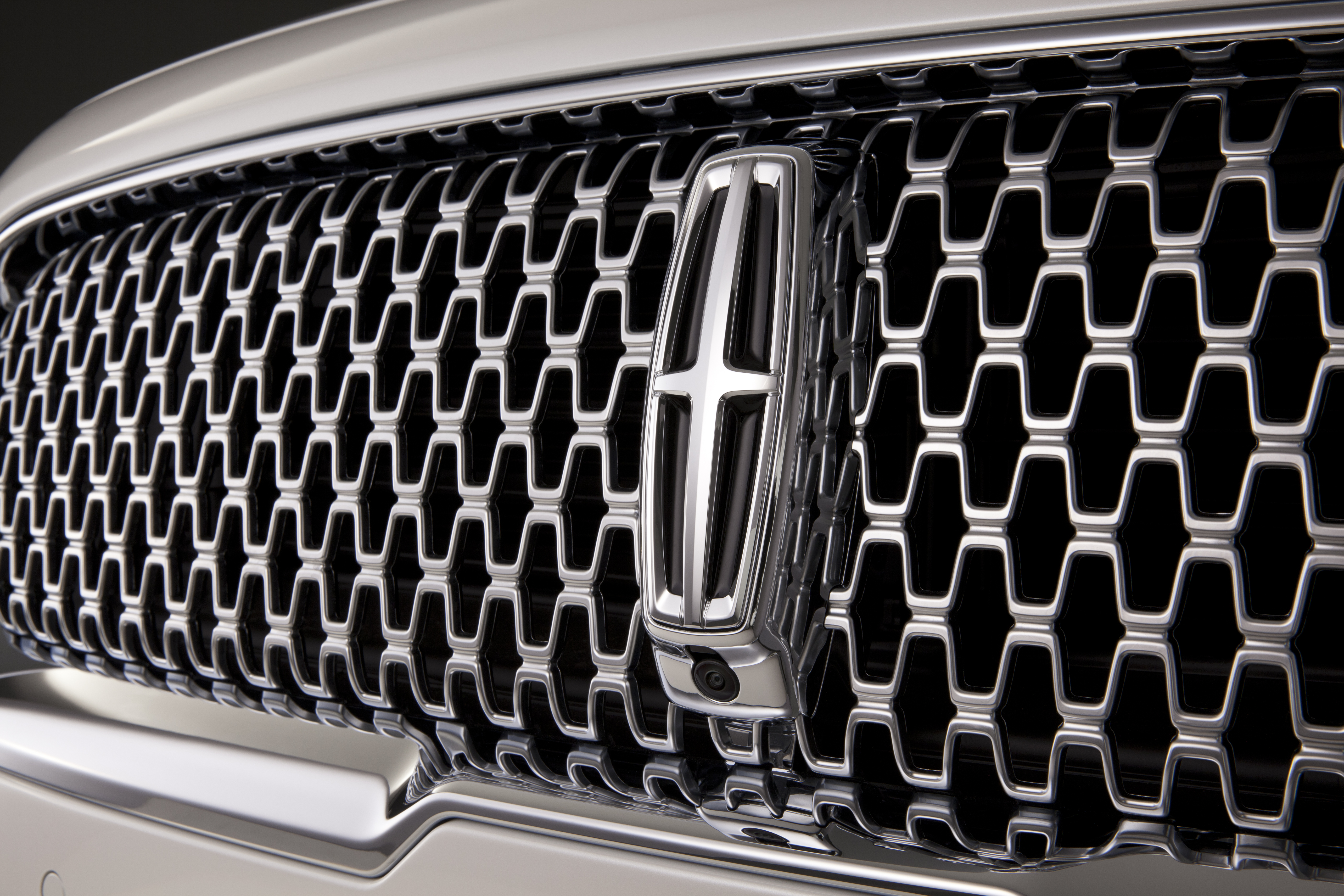 The front grill is refined, delicate and proportionate to the front profile, while the small openings in the grill repeat a similar shape of the car logo. A sleek console serves to open up the cabin, while the sophisticated push-button gearshift integrates seamlessly with classic knobs and buttons. The leather-wrapped, hand-stitched steering wheel is mounted ahead of a 12.3-inch fully configurable digital instrument cluster that displays easy-to-read driver information clearly. Sitting in the car, looking closely at its design elements, I was left with what I experienced last year, which is that the Lincoln Motor Company, the luxury automotive brand of Ford Motor Company, is committed to creating an exquisitely designed vehicle that places itself above their competitors. 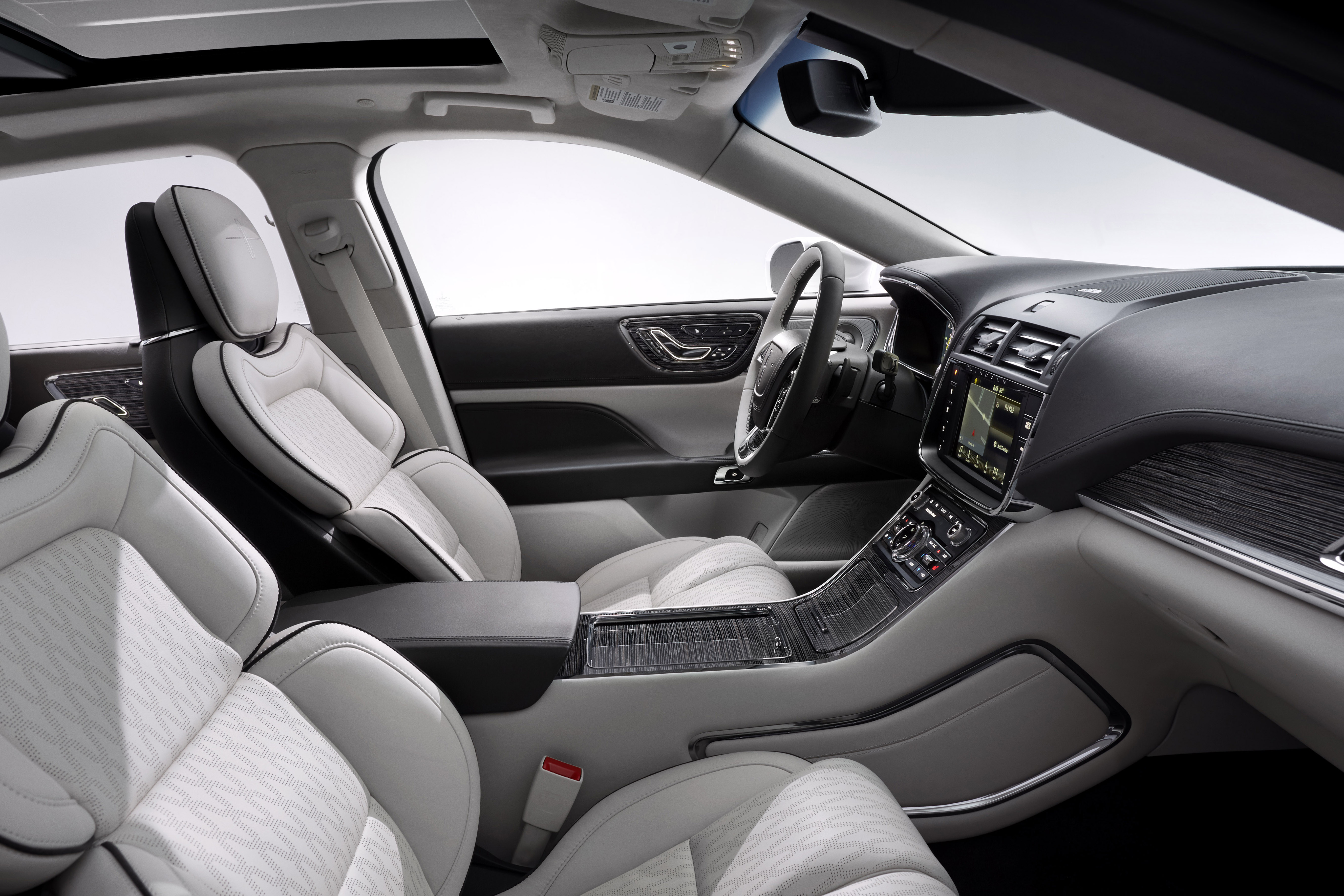 Everything I experienced with the cars themselves remains the same, particularly when it came to recognizing the designers who work hard at deserving their much-earned success around the world. As I mentioned, NAIAS has its own Eyes on Design program, and this year they gave the KIA Stinger their choice for Best Production Car award. (South Korea is hosting this years Winter Olympics) If you’re curious, the awards are decided on by four chief judges, and thirty-two regular judges who must work together on a process that I cannot imagine, but it is their official program, highly honored and celebrated. Congratulations! But as for my experience with NAIAS 2018 Industry Preview Day, it was enlightening and disappointing. The cars were sleek and shiny, the crowd was bland, and the diversity of people packed into Cobo Hall on this day…was racially offensive.