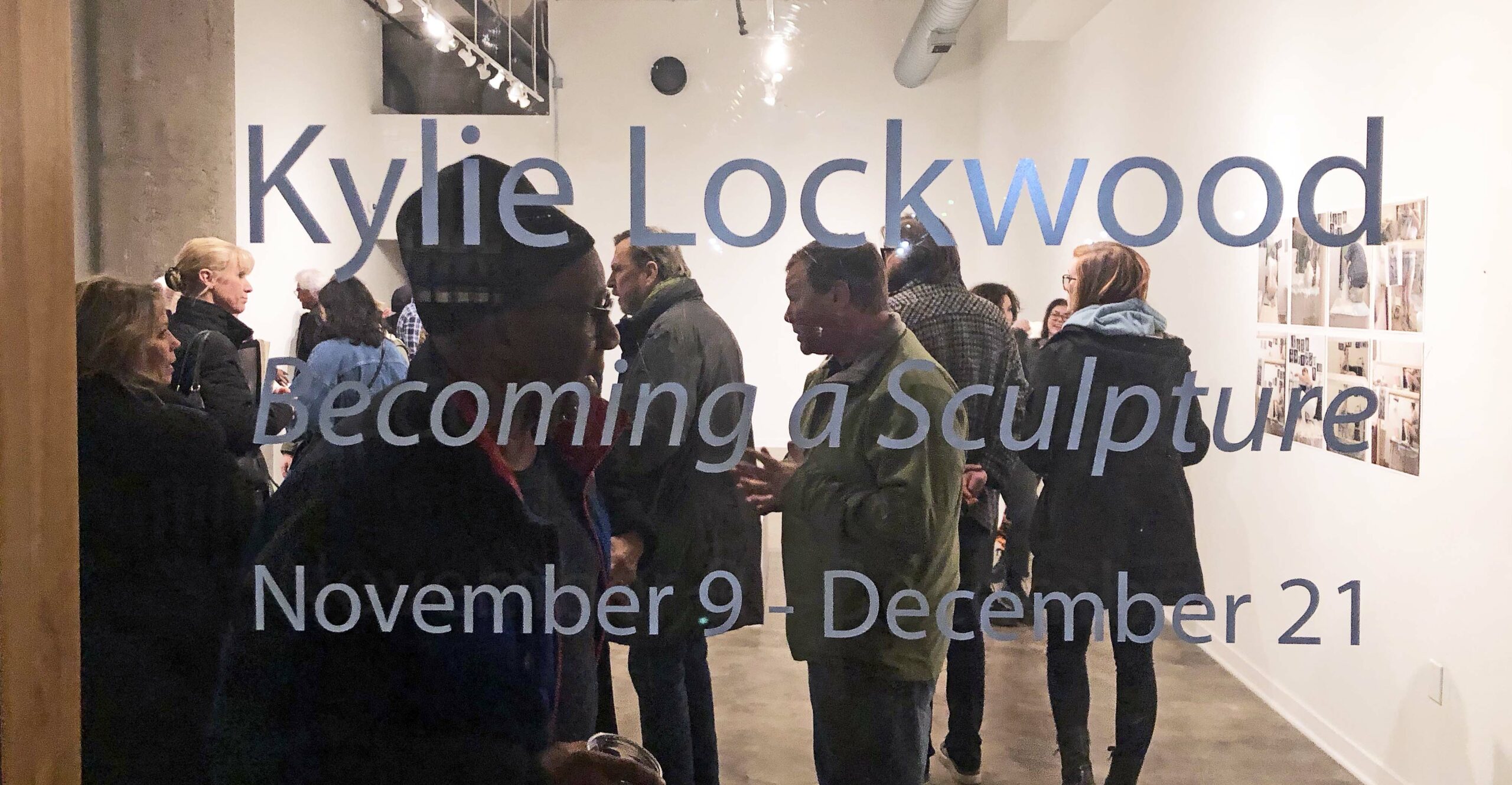 I was first introduced to work by Kylie Lockwood during Landlord Colors, last summer‘s blockbuster survey of Detroit artists on the world stage at the Cranbrook Museum of Art.  Her small, yet monumental sculpture Porcelain Legs in the Posture of David, stood quietly in the center of the gallery, dominating and animating the surrounding space, whetting my appetite for more. And now I have more. Lockwood’s solo exhibit, Becoming a Sculpture, is currently on view through December 21st at Simone DeSousa Gallery. It does not disappoint.

In Becoming a Sculpture, Lockwood is engaged in a project to “reconcile the experience of living in a female body with the history of sculpture.” She subverts art history’s unhealthy preoccupation with the female form as an object of desire by re-performing, with her own imperfect body, idealized poses from Greek and Roman antiquity.  She imitates and holds these poses while she casts portions of her anatomy–a leg, a hand, a torso–then re-assembles the bits and pieces of milky-white porcelain into a new kind of archetype: the female form as subject, not object. 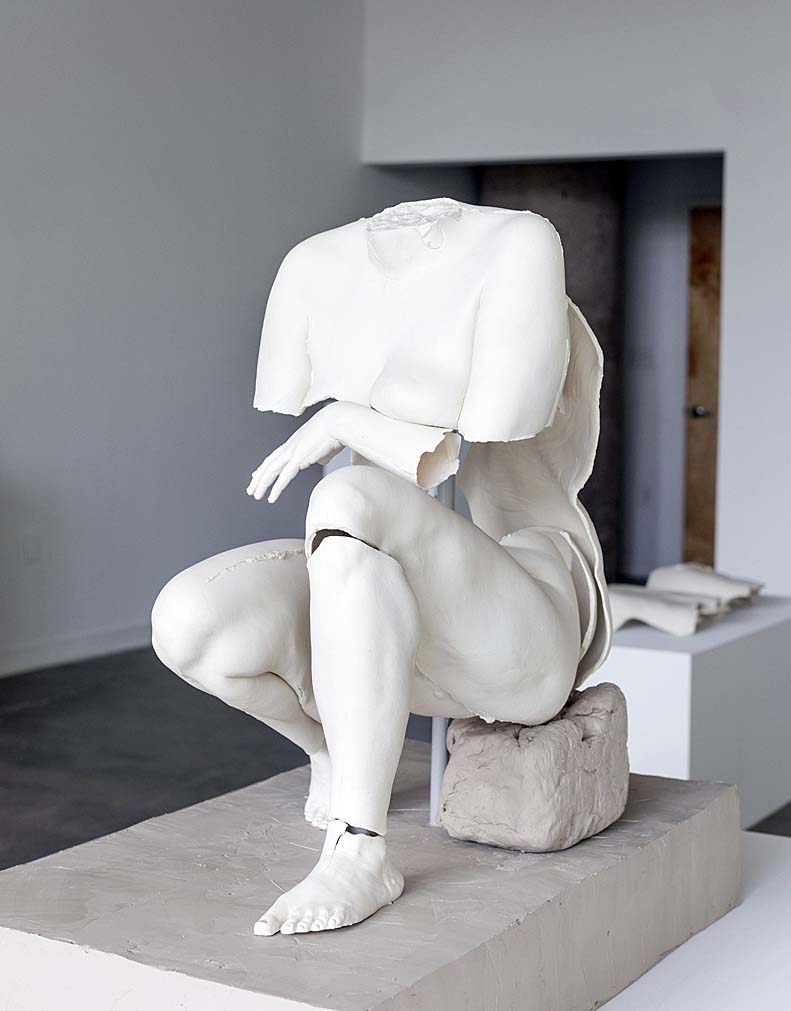 Lockwood makes a point of imperfection in her execution, avoiding over-determination of the figure. The delicate pores and subtle flaws that are apparent on the surface of the cast body parts contrast with the rough edges at the joins and painfully jagged, broken margins. Folds, cracks and tears in the porcelain draw attention to the hollow space within. She makes full use of the fleshy, skin-like texture of the porcelain, and adds life-like sheen to the nails of hands and feet by sly application of pearly nail polish.

The most formally ambitious of the nine artworks in Becoming a Sculpture is Attempting Accroupie, a nearly full-body recapitulation and reimagination of a much-copied Hellenistic sculpture. The subject of Venus surprised in her bath can be traced to an original version by Doidalses of Bithynia in 300  B.C., but the frequency with which the image has been repeated throughout art history, in all media and by artists as diverse as Bouguereau, Corot, and Picasso, speaks of its continued relevance to the prurient (male) artist’s gaze.  Lockwood has chosen her subject well.

The psychological poignancy of this Venus owes quite a lot to the broken and re-assembled features, perfect within themselves, but worked on by gravity and the considerable technical hazards of firing porcelain. The artist is engaged in a kind of ad hoc self-creation here, the undeniable beauty of the cast parts juxtaposed with agonized breaks within the body.

Elsewhere in the gallery, a number of the artworks seem to be concerned specifically with weightbearing and the physics of creating a three-dimensional object from clay. Load bearing leg in the posture of Crouching Venus delivers a strong sense of the implied weight of the body that rests invisibly above it. More painfully, Back in forward lean with fractures from bearing weight unevenly conveys a sharp sense of damage. 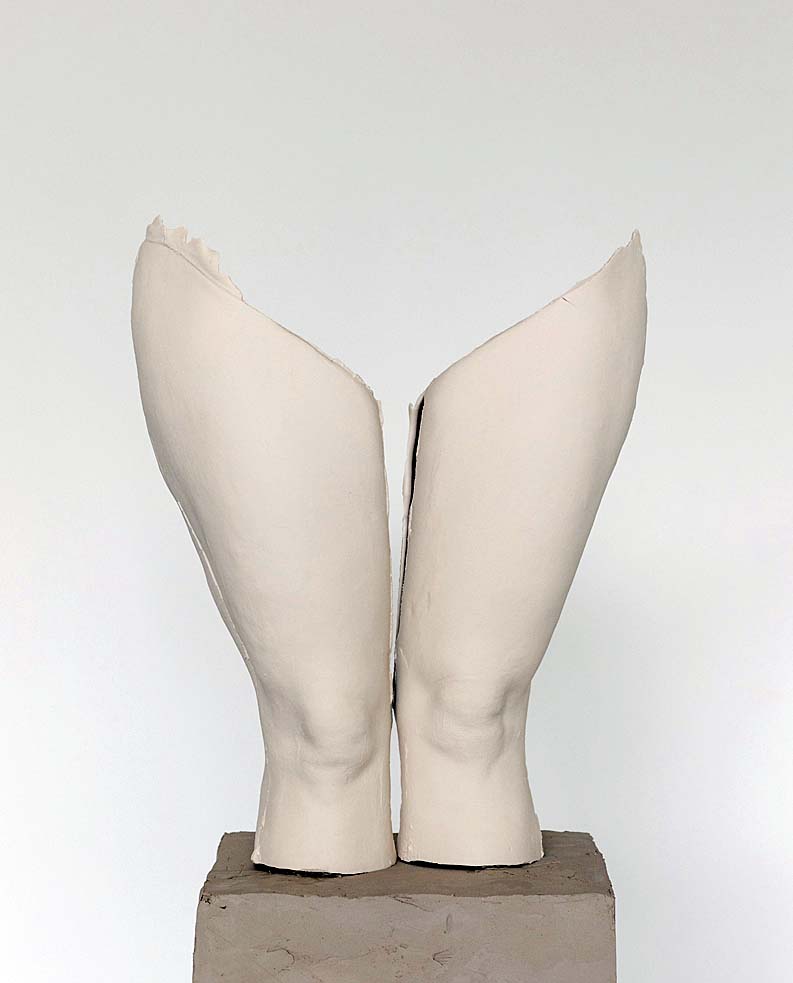 Near the back of the gallery, Lockwood has created a piece that is more modern in its affect and effect. Unlike her more classically derived pieces, Thighs in slight Contrapposto conveys, in its awkward stance, a palpable sense of the artist’s physical presence.  Though the piece is less elegant than the other  artworks, its loss in grace is redeemed by its augmented emotional eloquence.

Lockwood’s Torso in non-classical harmony is a less successful departure from her more complete pieces; this pairing seemed to me a little too flat and inert. By contrast, her sprightly Left hand and leg positioned at rest, as well as her Left foot poised between movement and repose, and Left foot firmly planted in an archaistic stance with hand draped across it in mutual support,retain, in fragmented form, all of the energy and animation of Attempting Accroupie.

Though Lockwood critiques a patriarchy that was ancient long before the Roman era, she seems to have an affinity, even a love, for the archaic and discarded. Her work retains some of the poignancy of recently excavated sculptures from antiquity, damaged yet recognizable to the modern eye. Or to quote the artist’s statement, ”To empathize with the ancient is to identify with the fragment, to feel the pressure entropy through an abbreviated form … which time has chipped away.” 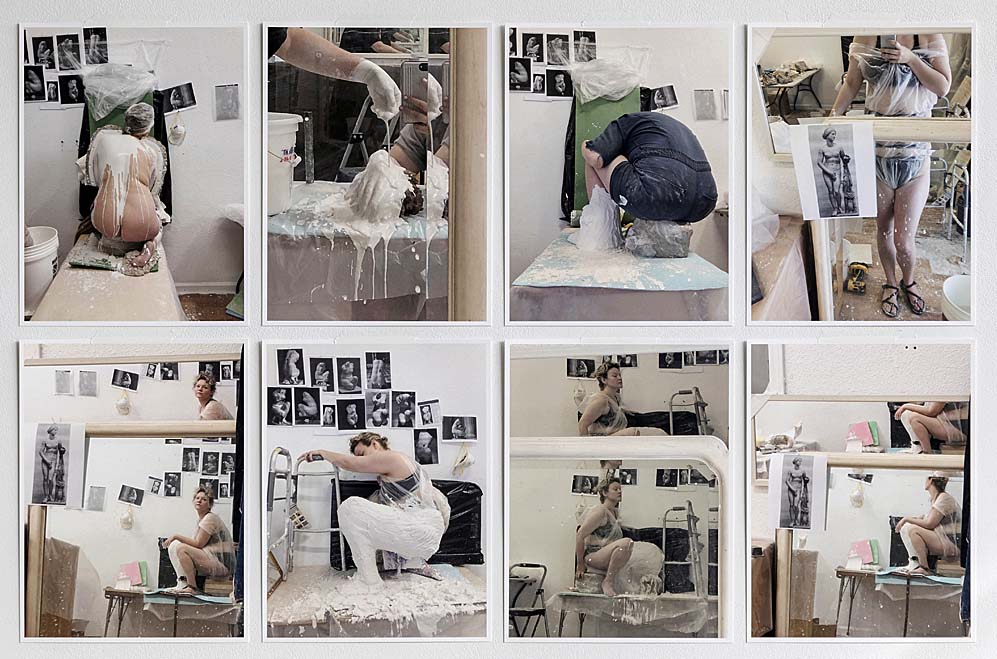 Becoming a Sculpture shows Lockwood at her most thoughtful.  Her recent work is perfectly imperfect, delivering a satisfying combination of conceptual rigor and visual pleasure.  She is in possession of the technical means to realize her vision and appears to be sure of her artistic mission: to transform our art historical preconceptions of beauty and agency in the female body.

Becoming a Sculpture is now on exhibition at the Simone DeSousa Gallery through December 21, 2019