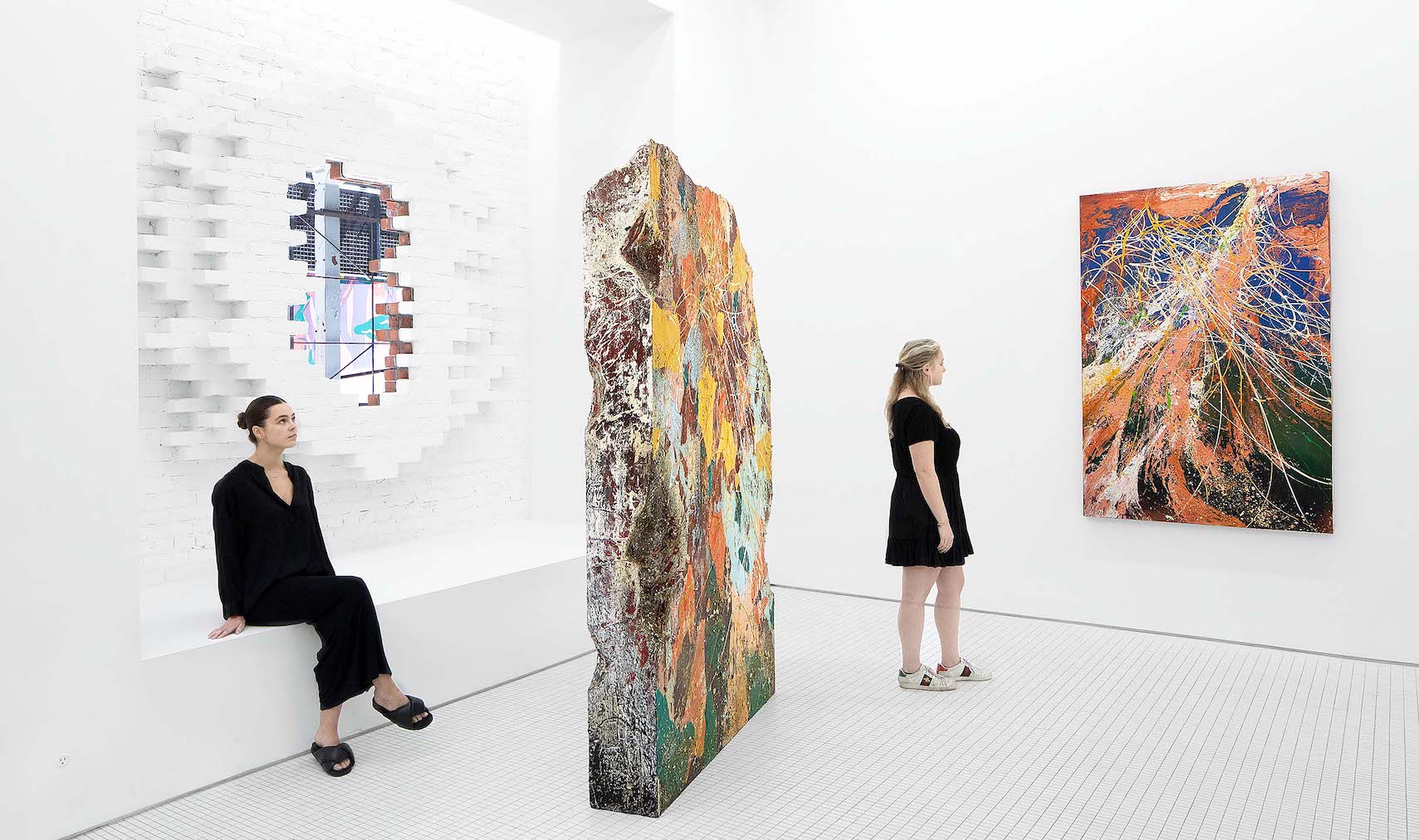 An explosion of color, Polarities by Cuban-American multi-media artist José Parlá is now on view at the reconfigured Library Street Collective in downtown Detroit – oddly, a richly-hued show prompted in large part by the covid pandemic. Polarities will run through Aug. 24.

Brooklyn-based Parlá is part of a growing cohort of artists, from Detroit’s Scott Hocking to New York photographer Camilo José Vergara, who are mesmerized by the effects time and weathering work on the world, and in particular on urban landscapes. In Parlá’s case, this leads to color-rich canvases with a complex accretion of layered acrylic, plaster, script and paper collage. 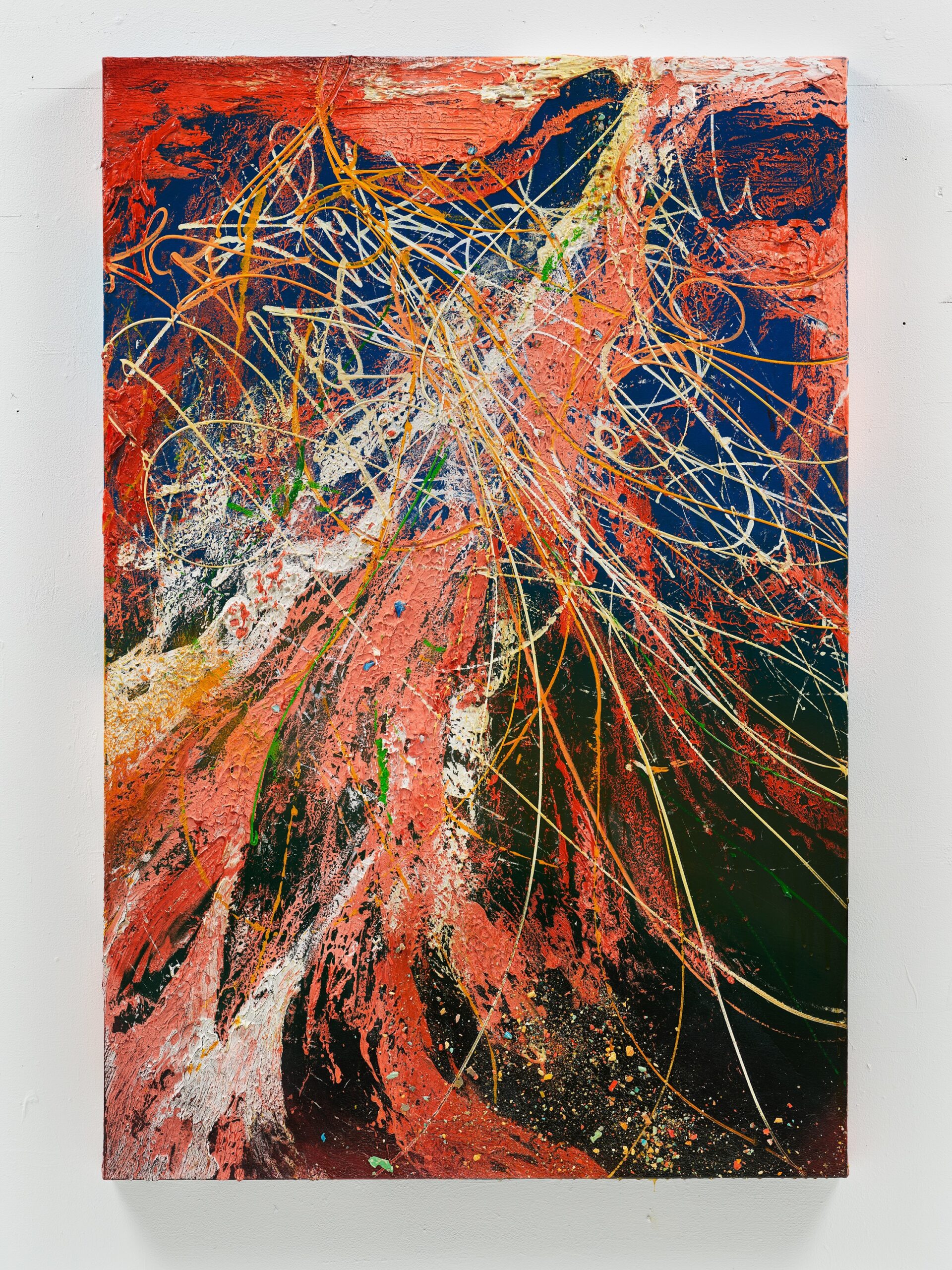 The nine paintings on display, all quite large, are highly textured. A number of them, like Breath, have a bit of Jackson Pollack about them in their looping lines of color — others have compared the Brooklyn artist to Cy Twombly — though Parlá’s work is looser and less controlled than either of those masters. In some respects, Breath resembles a time-lapse image of munitions exploding, with crazy, sharp lines criss-crossing and looping back over a thicker, wider substrata of color. Art writers often say a given painting has energy. This one has momentum, which somehow, inexplicably, feels different.

Interestingly, given the title of Breath, Parlá, who’s 49 and grew up in Puerto Rico and Miami, spent months in the hospital with covid early in the epidemic – reportedly so sick his doctors were skeptical he’d ever return to painting. With Breath as well as his other canvases, all completed post-illness, there’s a core of strong color that looks vaguely like an organ – call it a heart – from which brushstrokes and incredibly fine, energetic lines explode, in the process creating odd and absorbing sub-cutaneous maps and topographies. 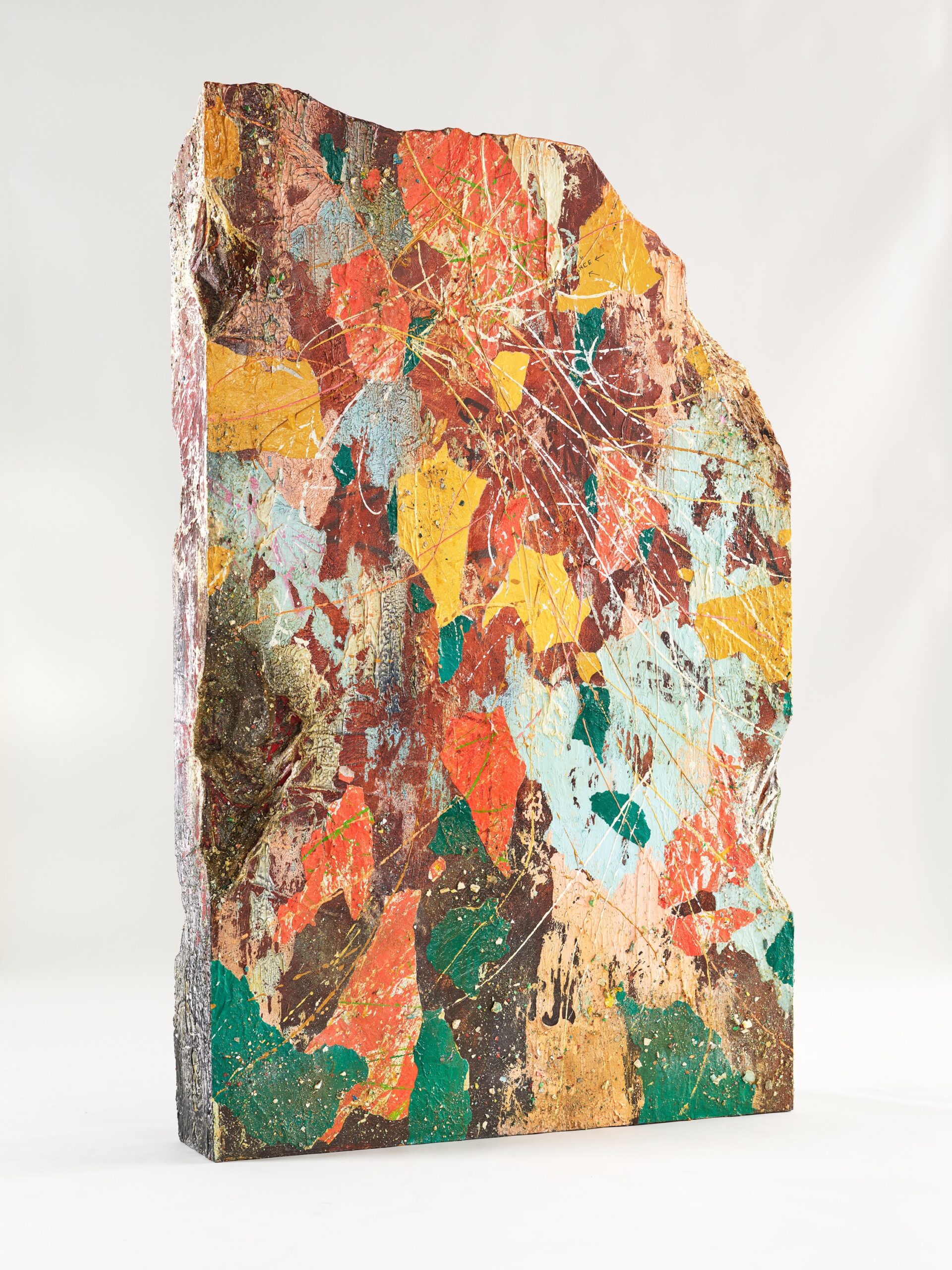 Seven of the Library Street pieces are paintings hung on the wall, but two others are free-standing and resemble stone monoliths (they’re actually wood constructions). Daubed with broader splotches of paint, La Habana y Detroit is rendered in rich tropical tones, while Detroit/Habana – in light blue, grays and black — is chillier and more monochromatic.  Both stand in distinct counterpoint to Breath or the equally immersive Polarity, with its shattered explosions streaking across the canvas.

In her catalog essay, Laura Mott, the Cranbrook Art Museum’s chief curator, argues that the pairing of Detroit and Havana might be more logical than it looks at first, at least in the quality of their respective urban decay. “There is a similar entropy on the surfaces of their architecture,” she writes, a layered and progressive erosion that Parlá harnesses to his own work. 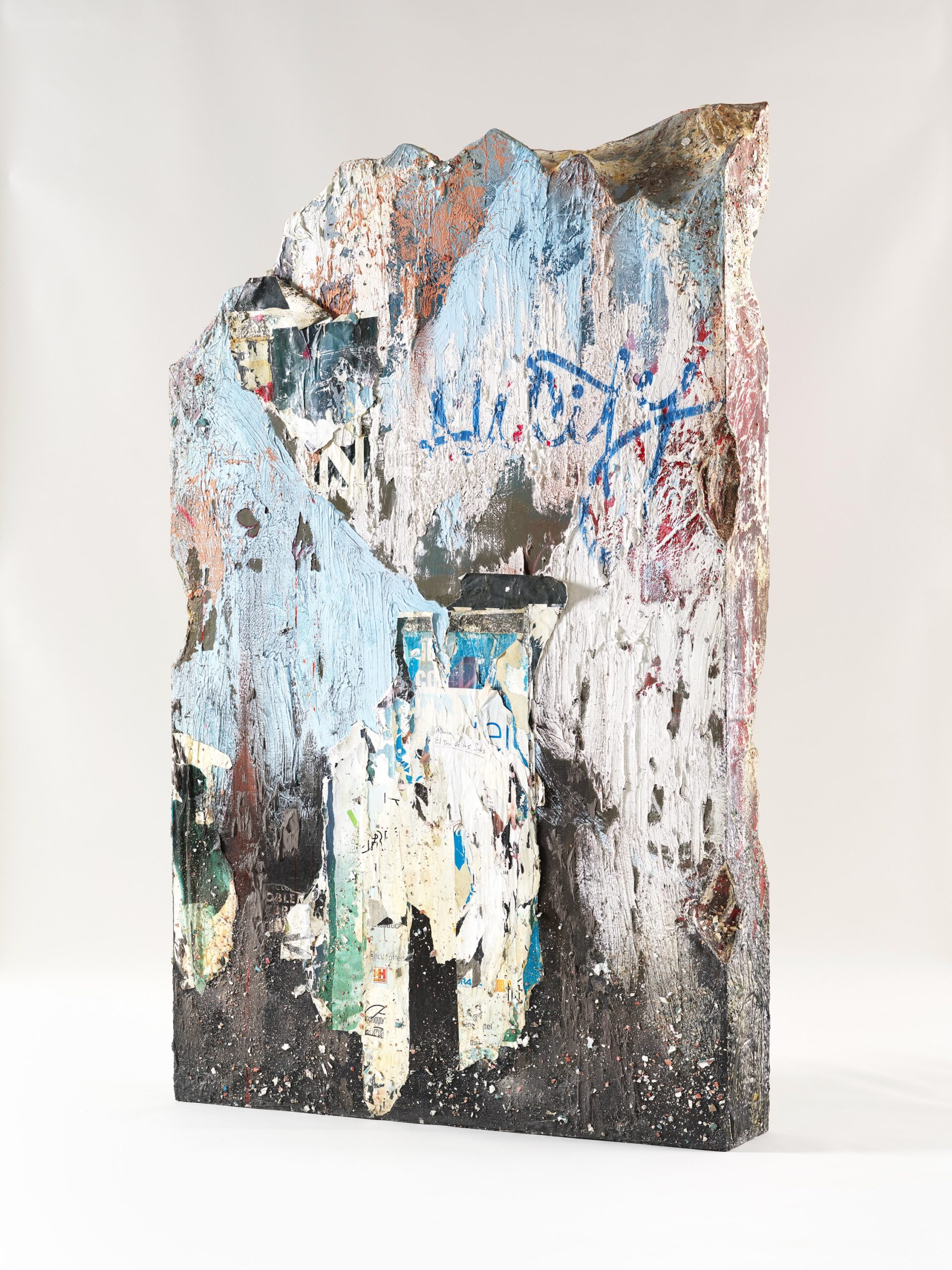 If you haven’t been to Library Street in a while, be forewarned that you will have to enter through the back. The reorganized space now opens onto The Belt, the cool “activated” alleyway with outsider-art murals, bars and restaurants between Grand River and Gratiot that Anthony and JJ Curis, LSC owners and founders, helped to create eight years ago.

As it happens, Library Street and its founders are dramatically expanding their footprint in Detroit.  The Crruses are partway through restoring an east-side Catholic Church and parish house into an art compound to be called The Shepherd, debuting next spring, along with a sculpture garden open to the public honoring the late artist Charles McGee that Dan and Jennifer Gilbert will underwrite.

The Curises will run the art center out of the old red-brick Good Shepherd Catholic Church in addition to LSC downtown, so all in all, this represents a significant growth in their corner of the Detroit art world.

Also new downtown is what LSC is calling a next-door “sister gallery,” Louis Buhl, which opened in 2020 on The Belt when Library Street was reorganized. (The front of LSC is now administrative offices and a private showroom.) Louis Buhl grew out of an online store and takes a more consumer-oriented approach to the gallery experience with, in addition to original art shows, a limited selection of art books, ceramics, and artist-designed fashions.

On display at Louis Buhl now, also through Aug. 24, is Night Crackle by California artist Heather Day, whose home and studio are in the desert town of Joshua Tree adjacent to the national park. 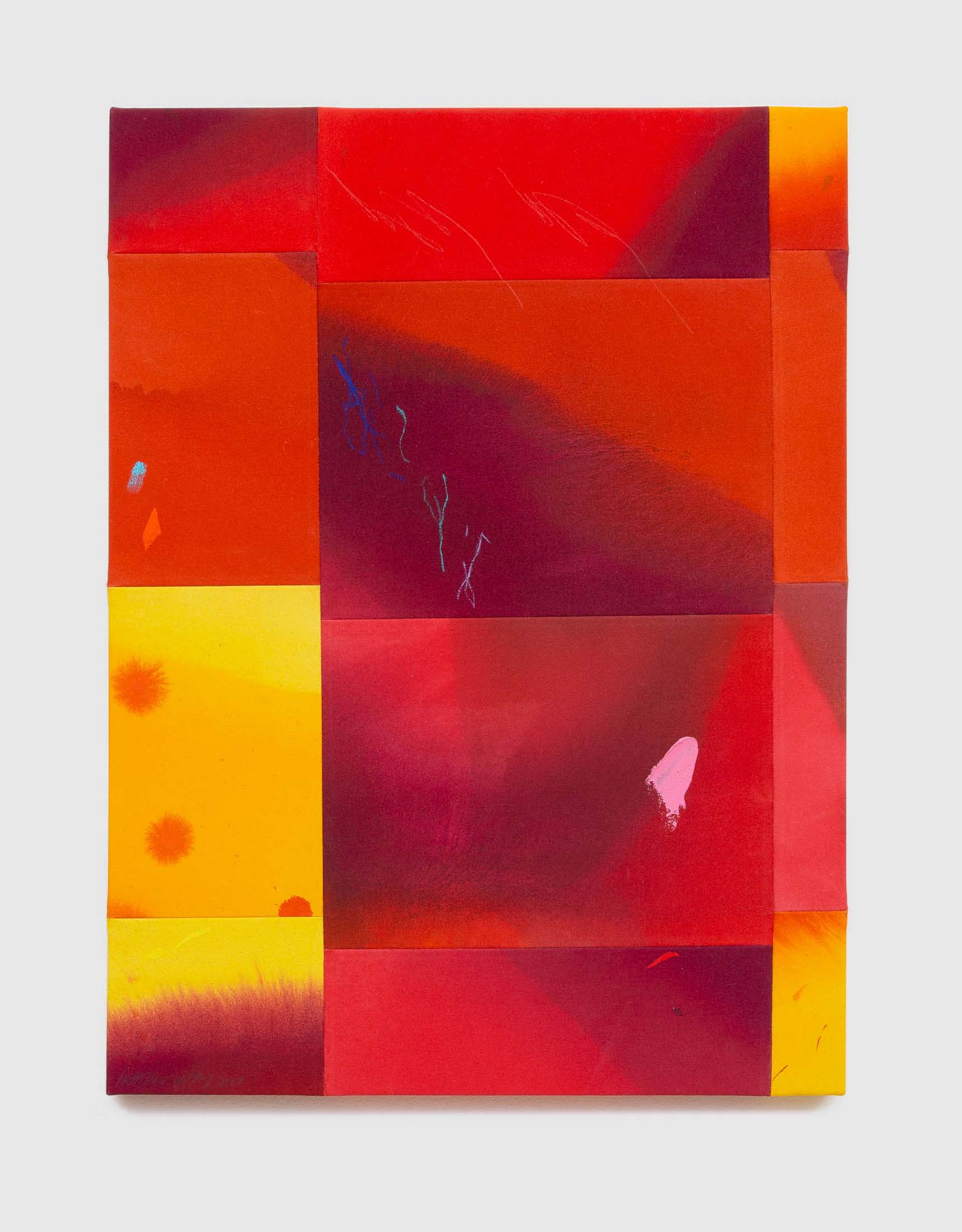 Day has reportedly been inspired by the rich hues of the California desert, and the dramatic sunrises and sunsets that are a large part of its seductive charm. Her washes on canvas, once completed, are then dissected, cut up and fastened back together in geometric fashion. The works on display come in either hot reds and oranges or sharp blues in a range of late-light hues. Common to many of her paintings are what the artist calls “that last burst of color,” like a blotch of pink on the otherwise flaming red Last Light No. 2.

Also on view along with Night Crackle are a series of monoprints Day produced with the off-grid, solar-powered Farrington Press, located in the high desert of southern California as well. 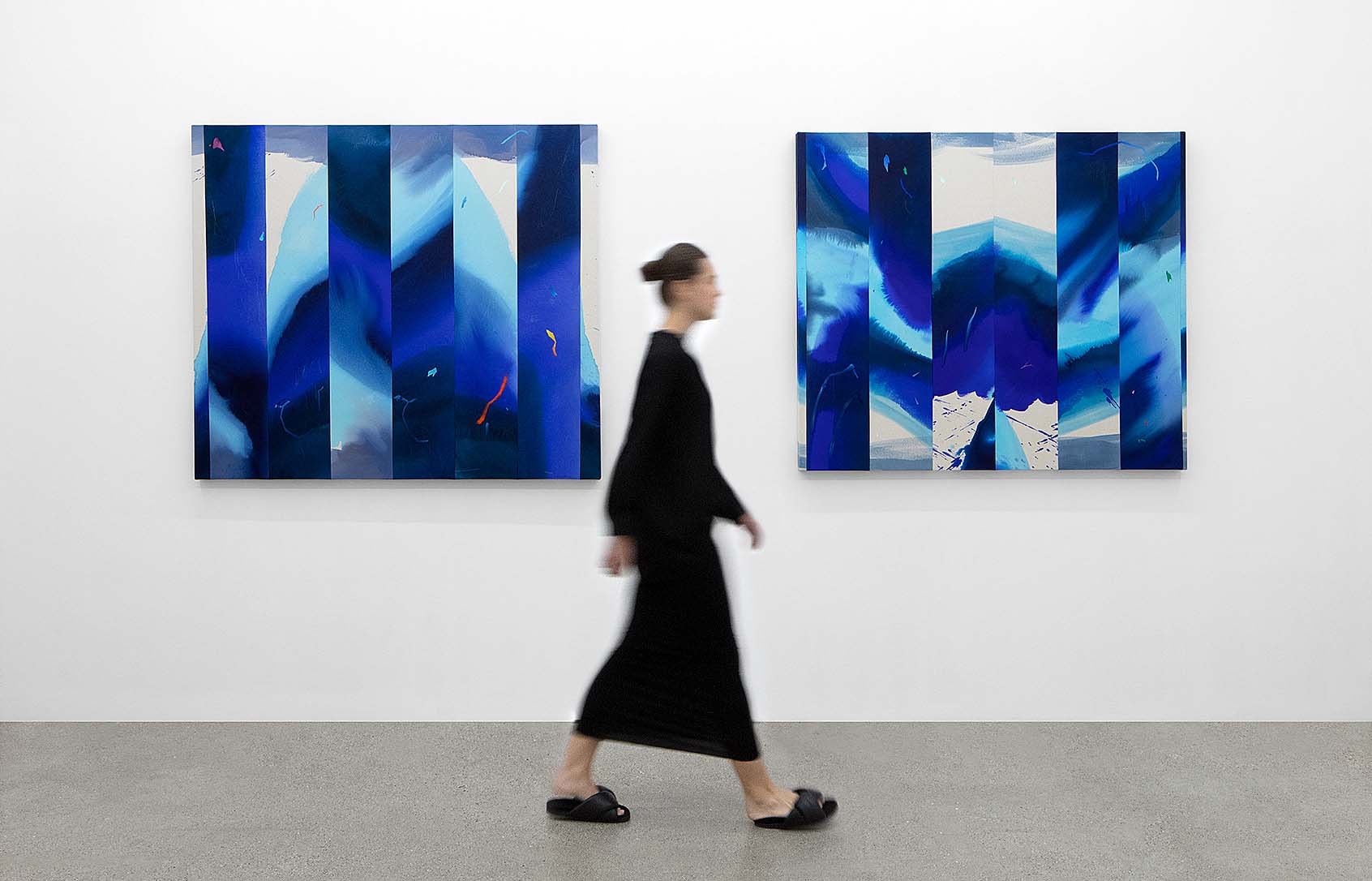