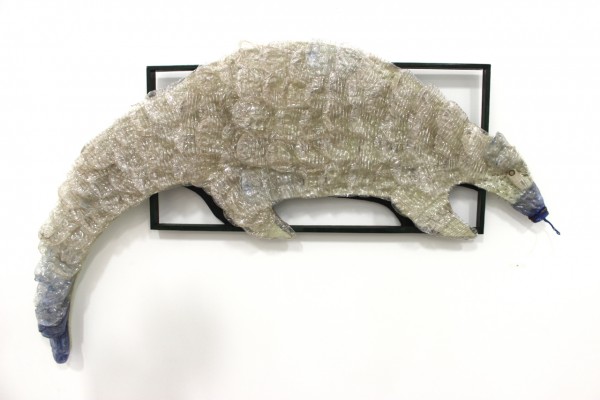 Never am I more impressed with the curatorial efforts of Steve Panton, then when I see an installment of the ongoing Essay’d series at his gallery, 9338 Campau, in Hamtramck. Panton already has established his reputation as one of the most innovative and intuitive curators around the Detroit art scene, with his first gallery 2739 Edwin, that he ran out of his own Hamtramck living space. Panton’s passion for research and his interest in local history has translated into a gift for tracking and uncovering artistic diamonds in the rough, and the shows at Edwin were a proving ground for unheard-of talents, and a showcase for the rising stars of Detroit outsider art.

During the first year of programming at his new gallery, which sits at street level on Hamtramck’s Jos Campau main strip, Panton has presented an array of fresh and established talent in the vaulted gallery space, including painter Saffell Gardner, months before the announcement as a 2015 Kresge Visual Art Fellow, fiber artist Lynn Bennett-Carpenter, and experimental musician Frank Pahl—a longstanding participant in the Detroit cultural scene, who is enjoying a Renaissance of interest at the moment. In addition to his ambitious move into a full gallery space, Panton piloted Essay’d, which presents essays on canonical Detroit artists, written monthly by Panton, Dennis A. Nawrocki, Matthew Piper, and myself. Roughly every three months, when a new “class” of ten artists has been essayed, Panton presents a group show at the gallery, and it is here that his curatorial skills are put to the test.

The writers for Essay’d choose their own subjects, based on passion and interest, and as a result, every set of ten presents a challenge in a group show setting. Typically group shows are arranged around some thread of commonality—thematic, locational, art movement, medium—but the Essay’d shows gather together a set of artists chosen by a set of writers. Furthermore, though he provides input, Panton gives the artists much leeway over what works they provide for the show, creating a second layer of abstraction in his curatorial control. It is impressive, then, how much the Essay’d shows hang together in a balanced and interesting way. 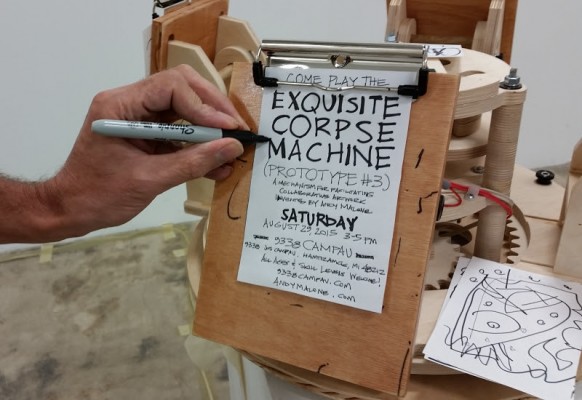 The opening, on Saturday, August 22nd, was a packed affair, with attendees of all ages and interests. Children gathered around Andy Malone’s interactive “Exquisite Corpse Machine 3”—an elaborate wooden device mechanizing the old-fashioned game that forces participants to make a collaborative drawing. Malone will be on hand this Saturday, August 29th, from 3:00-5:00, for an exquisite corpse activity at the gallery, and nascent artists of all ages are encouraged to attend. 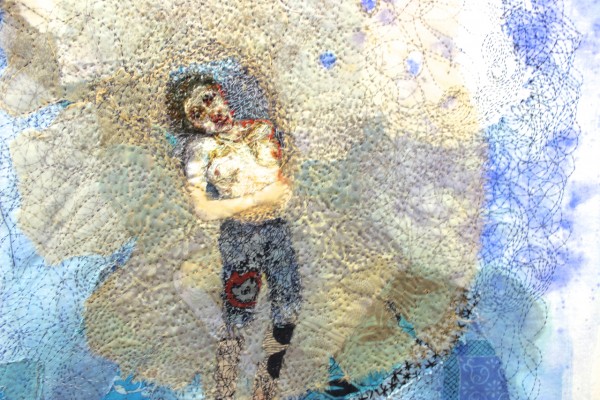 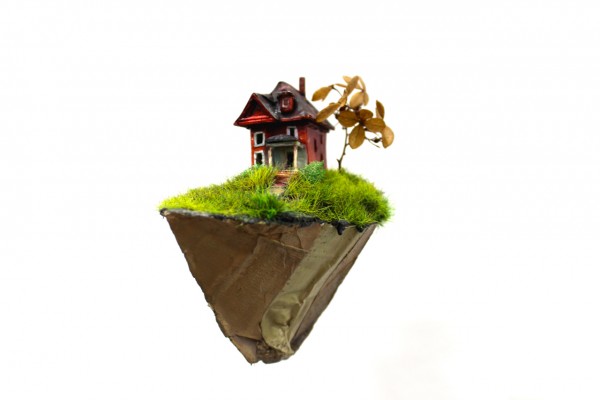 A number of the artists presented work in their signature style, such as Mary Fortuna’s series of small paintings, which encapsulate a few variations on her perennial themes—bees, lotus flowers, third eye, and, of course, snakes—and selections from printmaker Toby Millman’s classic oeuvre. Ceramicist Marie Woo showed several trademark pieces, including a stack of green discs that was both formal and organic, suggesting an object somewhere between a pile of dirty dishes and an outgrowth of mushrooms from a large tree.

Then there were the far-outsiders. Matt Corbin, the final artist in this particular Essay’d class, whose essay will go live on September 1st, just prior to the show’s closing on September 5th, showed a couple of truly offbeat found object sculptures, including an anteater made entirely from repurposed plastic water bottles. Interspersed throughout the gallery are selections from Jon Strand’s newest series of intensely inked pointillist works, which bend the very edge of reason and obsession with their literal waves of detail. Finally, for the politically-minded, Shanna Merloa (essayed by guest writer Clara DeGalen) showed several archival inkjet prints from her series, “We All Live Downwind,” which utilized collage to raise questions about impurities in the water system. Native South African artist and CCS professor Chido Johnson showed “Revolutionary Residue”—early works in the form of cast cement fists that he says were created in the spirit of historical reference to post-apartheid South Africa, but he finds remain tragically relevant in the context of America’s current day struggles with race relations.

As always, the Essay’d show provided an opportunity to revel in our favorite artists, and discover some new ones. As a visual entry point into the artists chronicled on Essay’d, it provides an excellent chance for cross-pollination—people may see something in the gallery that draws them to read an essay on the website, or vice-versa. One sense that Steve Panton has learned to get the art to the people any which way he can. Kudos!

All Aboard “BARN BOAT”: Talking Modern Mythology with Scott Hocking