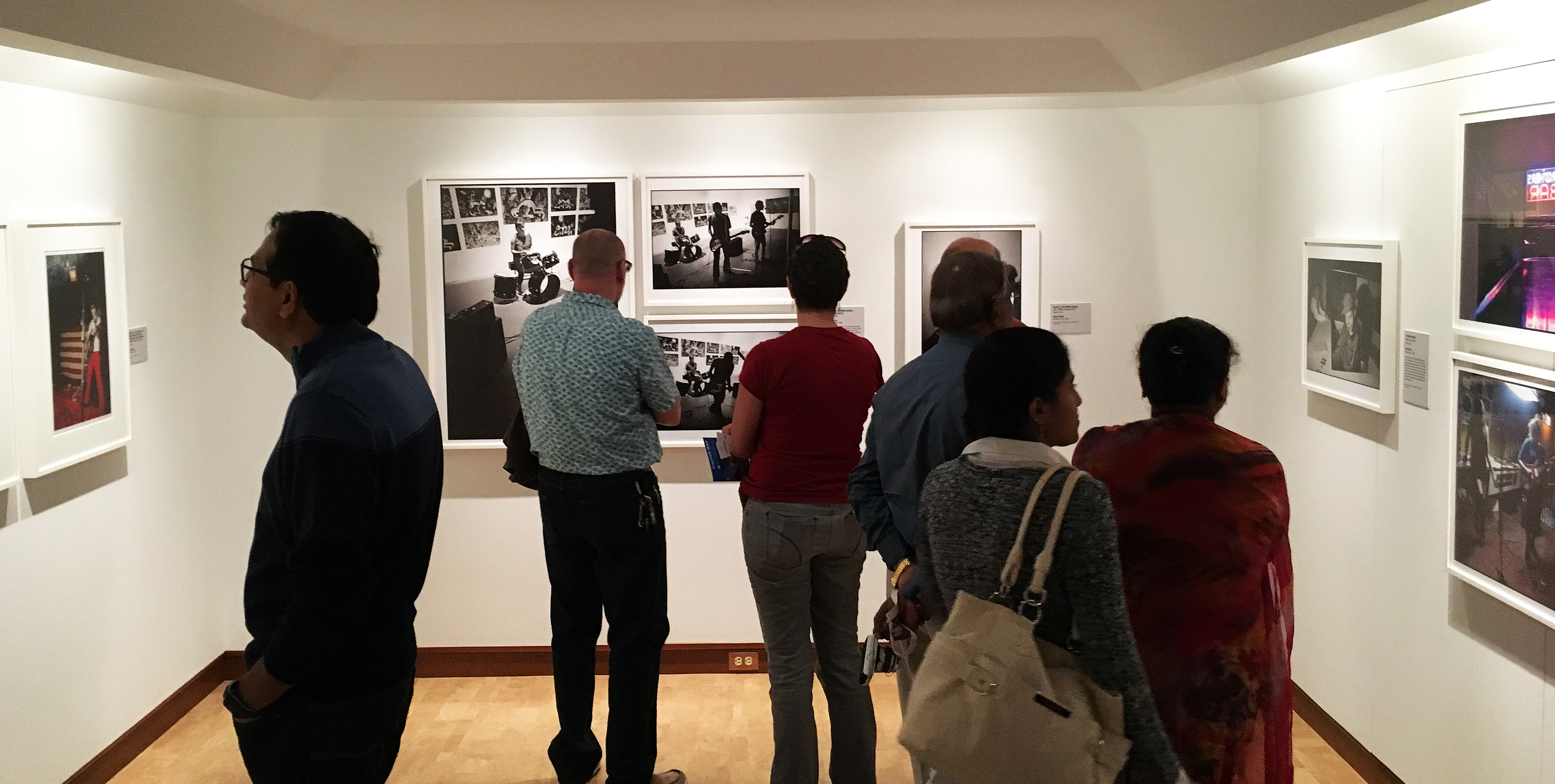 Photography at night has been around since the late 1800’s when photographers were experimenting with exposing a variety of sensitive chemicals to light, first on plates by Louis Daguerre, followed by salt prints on paper by William Talbot. Later in the early 1900’s Alfred Stieglitz began working at night, and in 1932, Brassai published Paris De Nuit, a collection of black and white photographs of the streets of Paris at night.

The Detroit Institute of Arts (DIA) has turned to its collection under the direction of Nancy Barr, Curator of Photography, to produce Detroit After Dark. She says in her statement in the catalogue, “Detroit After Dark: Photographs from the Collection of the DIA takes a closer look at night photographs made in the Motor City just after 1950 through present day—its city streets and architecture, as well as its diverse and often frenetic music scene.”

For the purpose of this review, this writer will draw a distinction between the journalistic photography (mostly the Detroit music scene) and focus on the art photography in the exhibition. 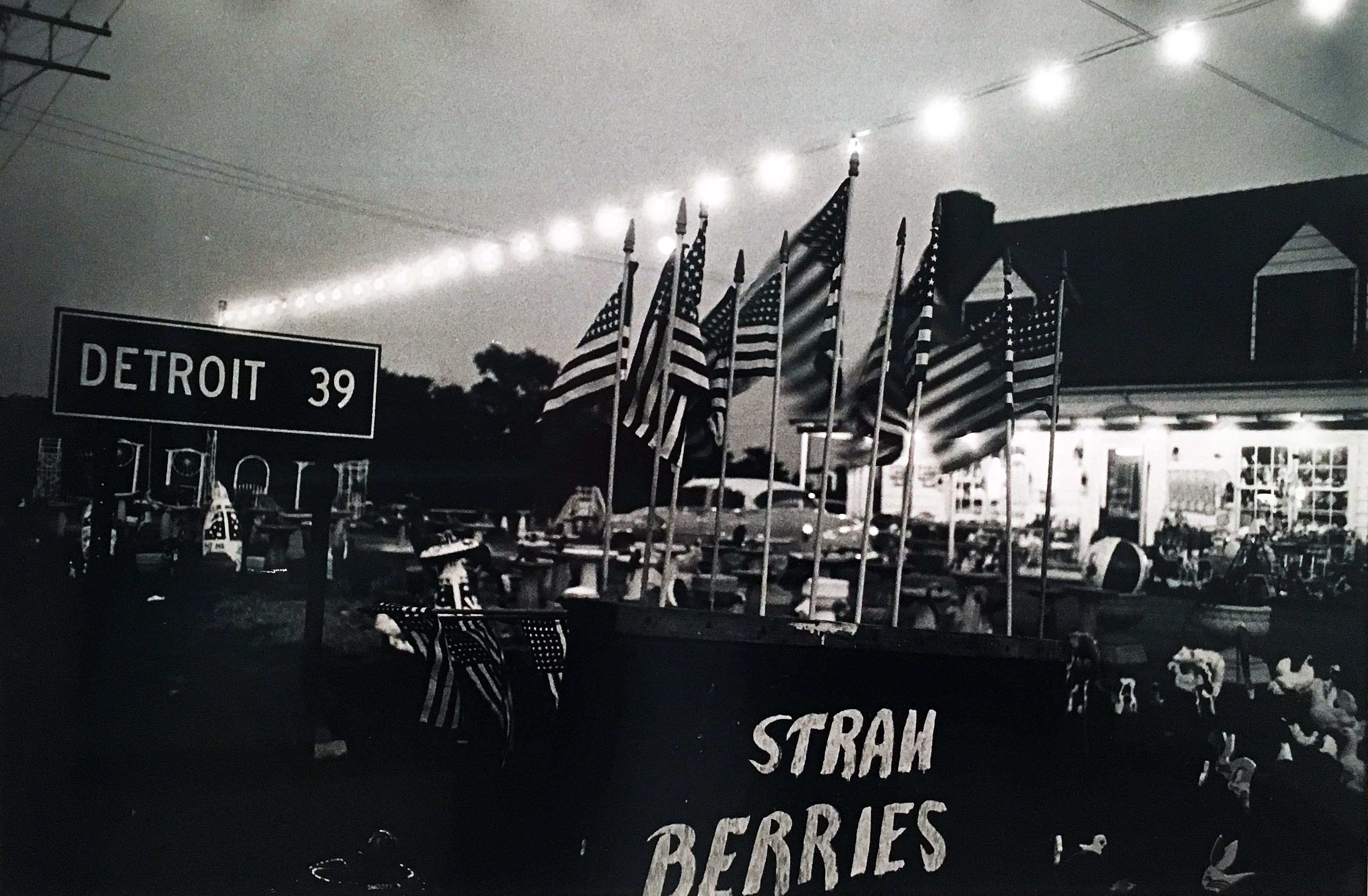 With a Guggenheim grant in his pocket, Robert Frank bought a used Ford in June of 1955 and began a 10,000-mile journey around the United States. Detroit was one destination where he stayed long enough to capture images from Belle Isle to this Romeo strawberry stand at night, illuminated with a string of party lights. After developing and making contact sheets from 760 rolls of black and white Tri-X film, 83 images would be enough to make The Americans, first published in Paris, then eventually the United States. Frank didn’t set out to address the issues that faced the country, but inadvertently became an incontestable witness, using his 35mm Leica Rangefinder, to the solitude of American society. 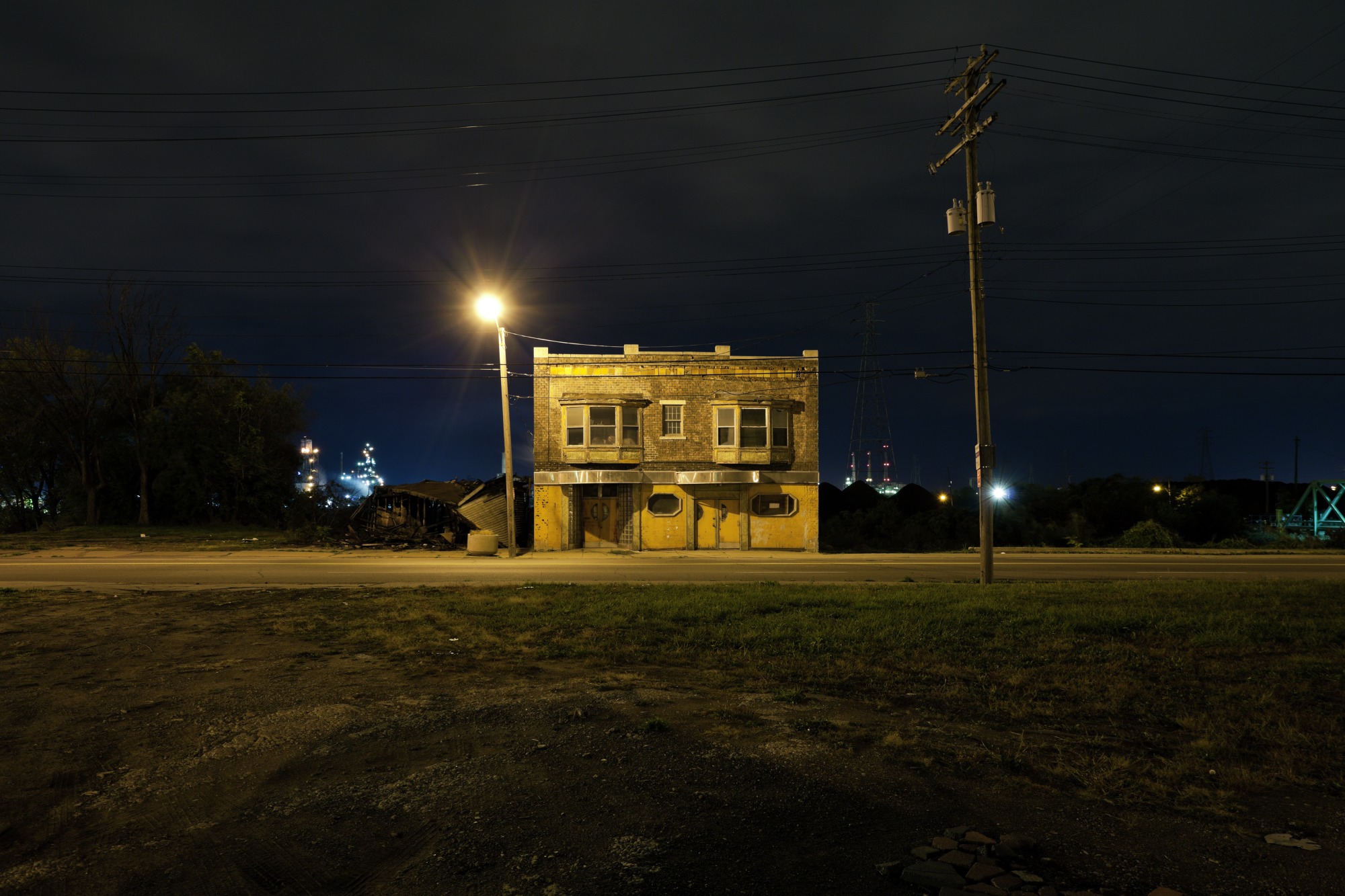 Scott Hocking, a Detroit artist who has created site-specific sculpture installations and a variety of photographic projects, provides the viewer with a stark image of a lonely building on Jefferson Avenue, formally centered with time exposure that provides a lit building against a Windsor backdrop. The exposure is possible because of the stillness in the frame. Detroit Nights is an ongoing project, documenting the streets, railroads, quiet corners and unpredictable public lighting of Detroit at night. In a statement, he says, “I am interested in forgotten places, and things kept out of sight. I don’t know if this is because I’m from Detroit, a city that has become known for urban prairies and empty factories; but I try to work the same way no matter where I am.” Scott Hocking is represented by the Susanne Hilberry Gallery.

Jenny Risher, shown here holding her book with her photograph from the exhibition, is a commercial photographer with a collection of personal work. Known for her book, Heart Soul Detroit, where she interviewed and photographed 50 iconic Detroiters, including Smokey Robinson, Jack White Eminem and Lily Tomlin. Here in this image is Ms. Risher holding open her book, revealing the image from the exhibition, Mr. Porter. 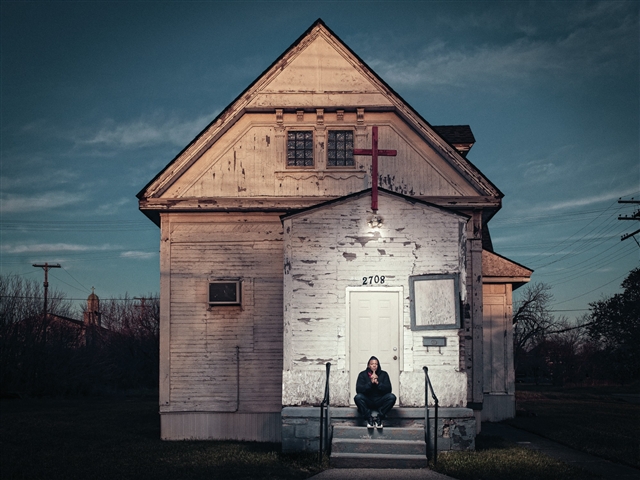 Dave Jordano first established himself as a successful commercial photographer in Chicago working with national print campaigns, before turning his lens to personal work here in Detroit. Jordano was born in Detroit and graduated from the Center for Creative Studies in 1974 with a BFA in Photography. His large image, Abandoned Brush Park Building, dominates the exhibition with its scale depicting the contrast between this abandoned building and the lights of Comerica Park. He says in a statement, “These photographs represent a visual document that speaks to the quiet determination of Detroit residents, both as independent shop operators and as home owners who have survived the long and difficult path of living in a post-industrial city stripped of economic prosperity and opportunity. These photographs speak truth without casting an overly sentimental gaze.” Like other photographers in Detroit, there seems to be a trend in capturing a still image using a tripod to provide the ability to depict a large depth of field and focus, highlighted by a light source.

The Detroit Institute for the Arts and its permanent collection bring powerful imagery in the Detroit After Dark, exhibition. DIA Director Salvador Salort-Pons says in the catalogue, “The DIA is indebted to the photographers committed to their practice in the city and who have contributed to this exhibition. I am grateful to those artists who have gifted their work to the museum and to the patrons who have donated art and contributed funds for the purchase and acquisitions of photographs for the permanent collection.”

Exhibition free with regular museum admission. Admission to DIA is free for residents of Wayne, Oakland, and Macomb counties. Others: $12.50 adults, $8 seniors, $6 ages 6-17.