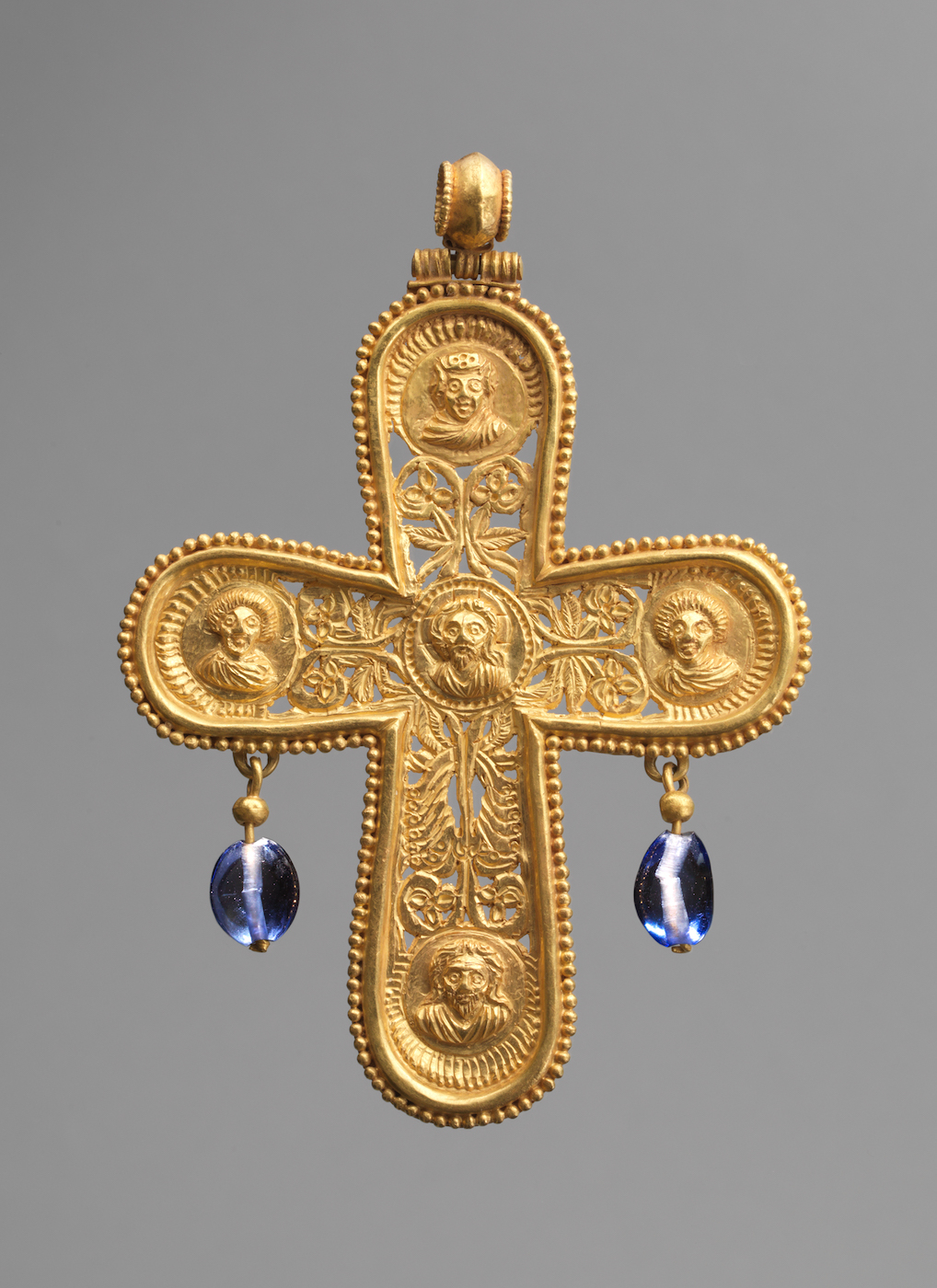 It was a family feud that would irrevocably shape the culture of the Western World. In 312, Constantine, who for years had challenged the legitimacy of Emperor Maxentius— his brother-in-law— led an army toward Rome seeking to depose the alleged usurper. Establishing an encampment near the Tiber River, on the eve of battle Constantine famously had a vision of a cross in the sky, which he interpreted as mystical assurance of victory. The following day, he ordered the symbol painted on the shields of his soldiers, who subsequently defeated Maxentius’ army at the Battle of Milvian Bridge, establishing Constantine as the emperor of Rome. Whatever the precise details of the account (and they do vary), it’s hard not to see the battle as one of history’s decisive turning points. It resulted in the legalization of Christianity in Rome and, eventually, the establishment of a second Roman capital in Constantinople, later the heart of the Byzantine Empire.

Glorious Splendor: Treasures of Early Christian Art, on view at the Toledo Art Museum through February 18, offers a compelling glimpse of cultures at the crossroads, revealing the fluidity of Roman visual culture during the empire’s slow transition toward Christianity. The exhibition is an intimate single-gallery display of 30 precious objects– mostly on loan from other collections– dating from the 2nd through 7th century. The instructive selection of objects highlights the perhaps surprising cross cultural exchange between Christian and Pre-Christian Rome, not merely in subject matter, but in media, style, and technique

Upon first appearance, these nearly two-thousand year old objects are perhaps disappointingly small, but they reward close inspection. Several pairs of magnifying lenses, thoughtfully supplied by the museum, allow visitors to get in close. Most of these artifacts loosely fall under the umbrella of decorative art, and include pendants, bracelets, broches, rings, earrings, cameos, belts, and other finely crafted jewelry. They’re almost all made of gold and are frequently adorned with precious stones. 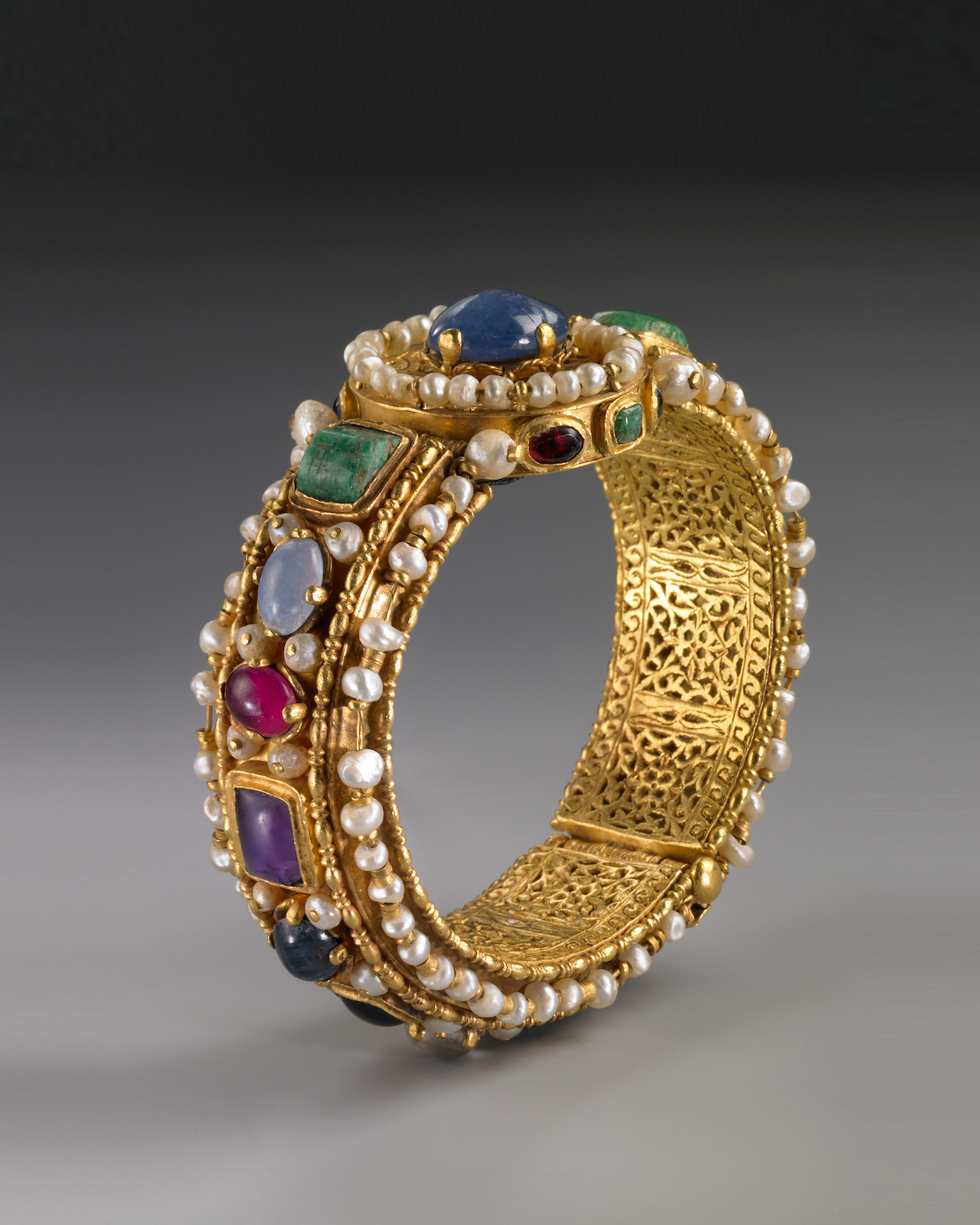 Most of these artifacts are comparatively small, but all are exquisitely handcrafted. A Byzantine cross-shaped gold pendant is a tour de force, its surface adorned with vegetal patterns and sapphires. The exhibition’s pièce de résistance is a dazzling 6th century bracelet studded with gems and pearls, the sinuous intertwining tracery on its interior anticipating the elaborate 8th century Hiberno-Saxon decorative knotwork later made famous in illuminated manuscripts like the Lindisfarne Gospels and the Book of Kells. An explanatory note on the display case reminds us that these fine works were crafted after the fall of the Roman empire, checking the notion that the dark ages marked a universal cultural decline. 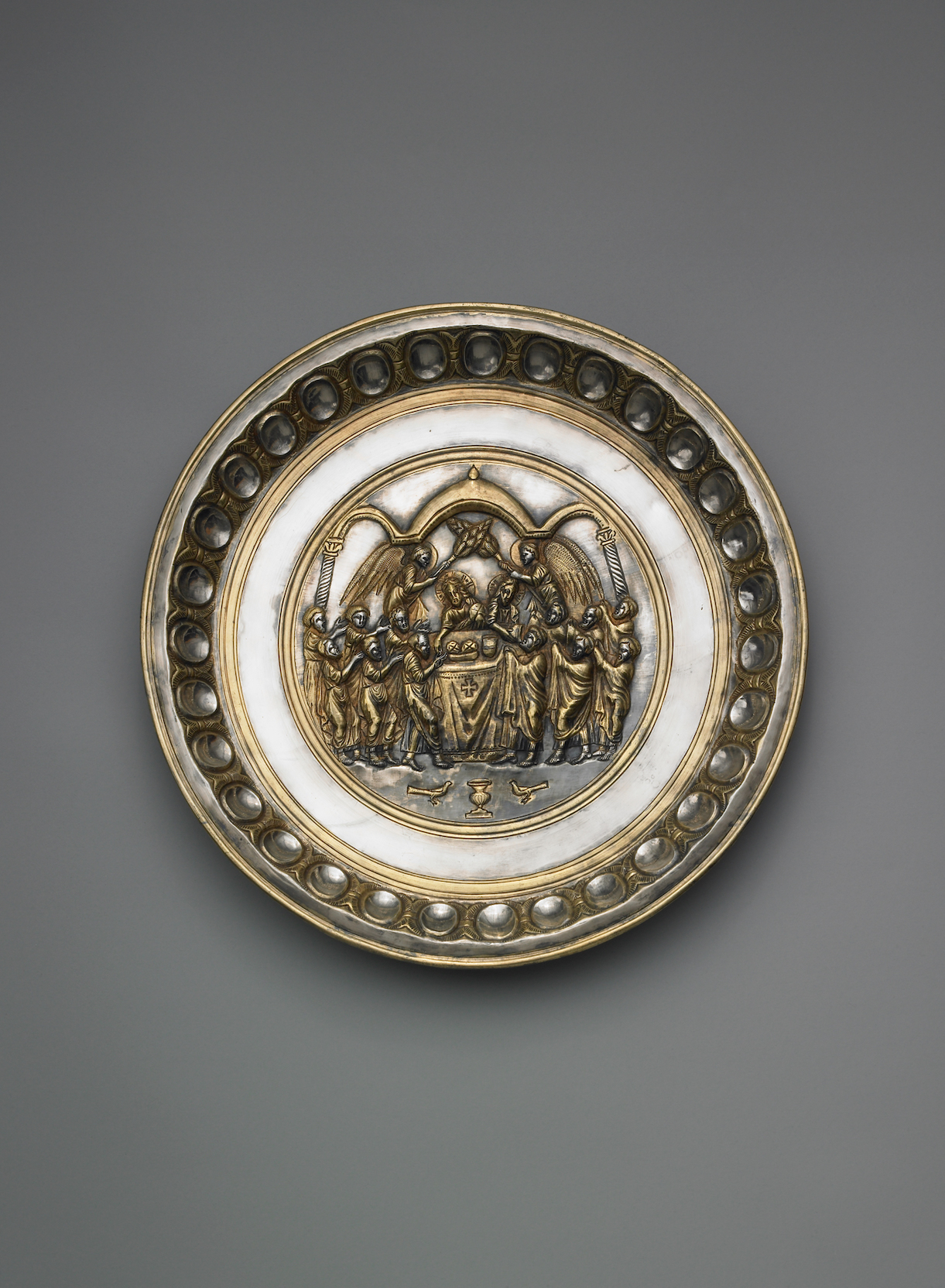 Some of these objects are freighted with real historical significance. A small golden bust of the assassinated Emperor Licinius II is a rare image of the emperor that survived his damnatio memoriae (damnation of memory), a posthumous dishonor in which the Roman senate required all images of the disgraced emperor to be destroyed. And a silver patin (a plate used to hold the bread during the celebration of the Eucharist) from the 6th century portrays the earliest known depiction of the Communion of the Apostles. 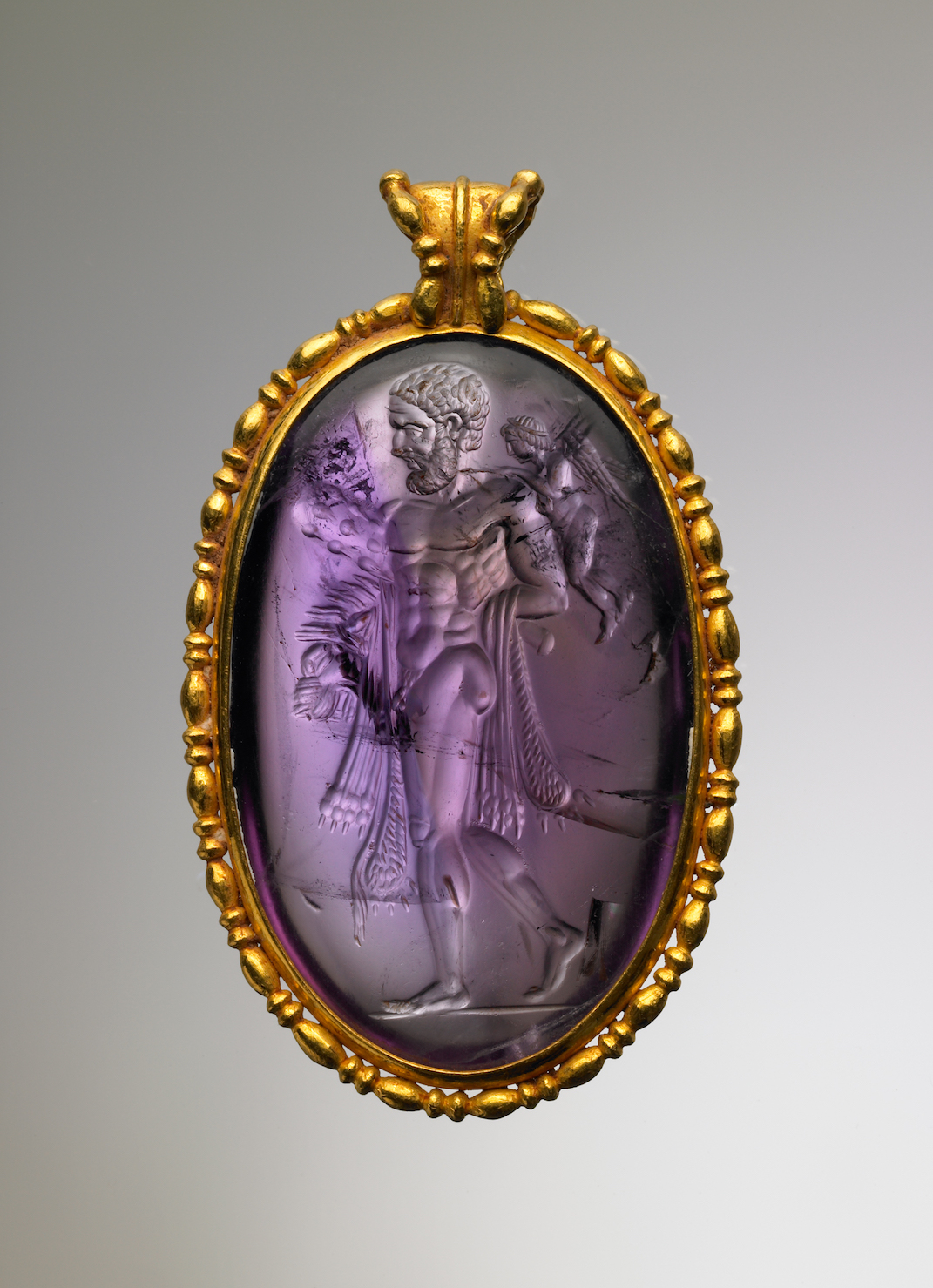 Perhaps the biggest surprise of the exhibition is that most of these works, despite the title of the show, are hardly “Christian” as we might expect. There’s an abundance of imperial propaganda, including a handsome silver shield portrait of Rome’s first emperor, Augustus, who more than any other Roman emperor capitalized on art as a means of political persuasion. There’s also an abundance of mythological characters which (in a very literal sense) make cameo appearances– Helios, Eros, Herakles, the Three Graces, and Venus (who also appears in her Greek iteration as Aphrodite). In some of these works we see prototypes for the more explicitly Christian visual culture which would follow. A golden pendant depicting the sun god Helios shows thorny rays of light emanating outward from the deity’s head, a visual precursor of the halo, so ubiquitous in subsequent Christian art.

Glorious Splendor is a small but worthwhile exhibition that hints at the gradual seismic shift in Western visual culture during Christianity’s first few centuries, reminding us that early Christian art didn’t emerge in a vacuum. While the battle of Milvian bridge is understandably viewed in retrospect as a decisive, watershed moment, this exhibition reminds us that the view from the ground was much more nuanced, and offers a rare opportunity to see lucid examples of Christian and Classical visual culture jostling at the crossroads.