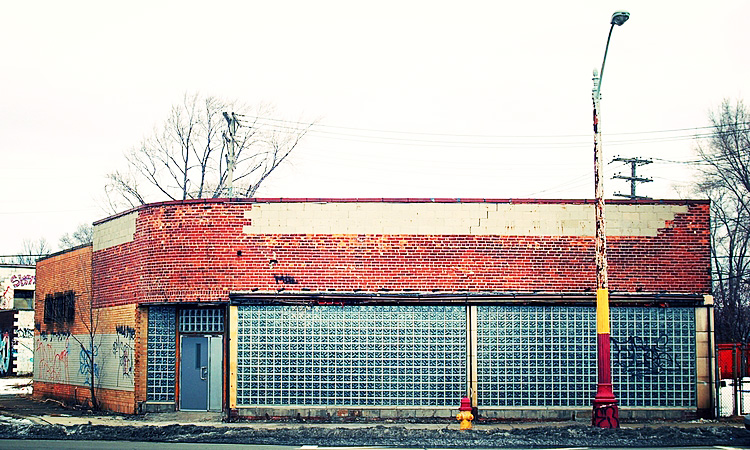 Heading west on Michigan Avenue in Detroit, about five blocks past I-96 you will find the Holding House Gallery on the north side of the street, almost invisible in this older urban neighborhood. Those are glass blocks you see covering the front of the building (void of any signage), providing beautiful interior illumination that diffuses light evenly. It has an appeal unto itself. 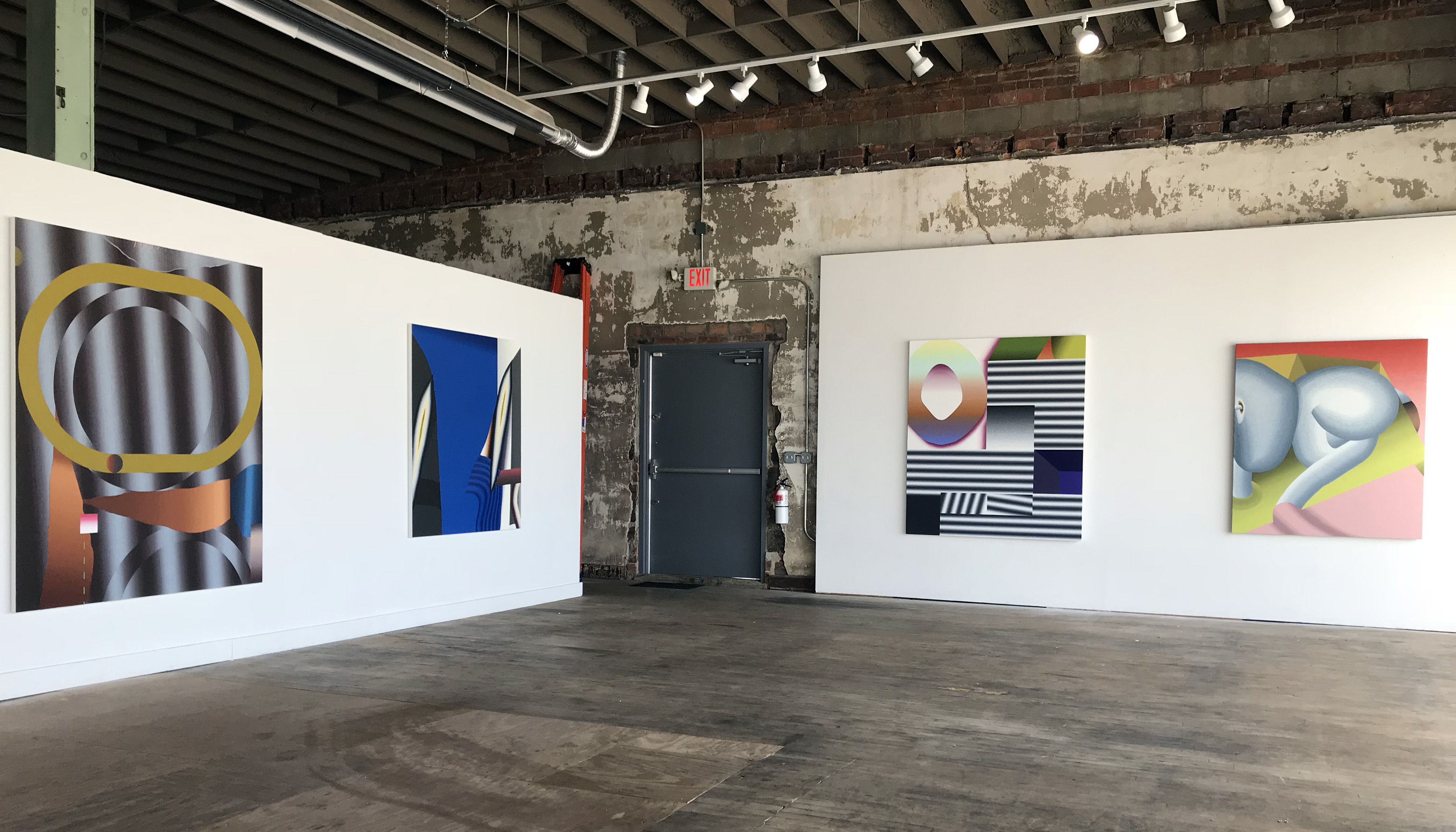 As part of Detroit Art Week, the gallery opened with the abstract work of Dustin London, Daybreak, an artist who also is an Assistant Professor in the School of Art & Design at Eastern Michigan University.  Holding House Director Andrea Eckert says, “Signals of information marked with repeated intervals of paint shows London’s preference for mesmeric processes. London presents the value of accumulation in a series of chromatic oil paintings. Through planned layers of color, the paintings resolve into a playful landscape of shape and form.” 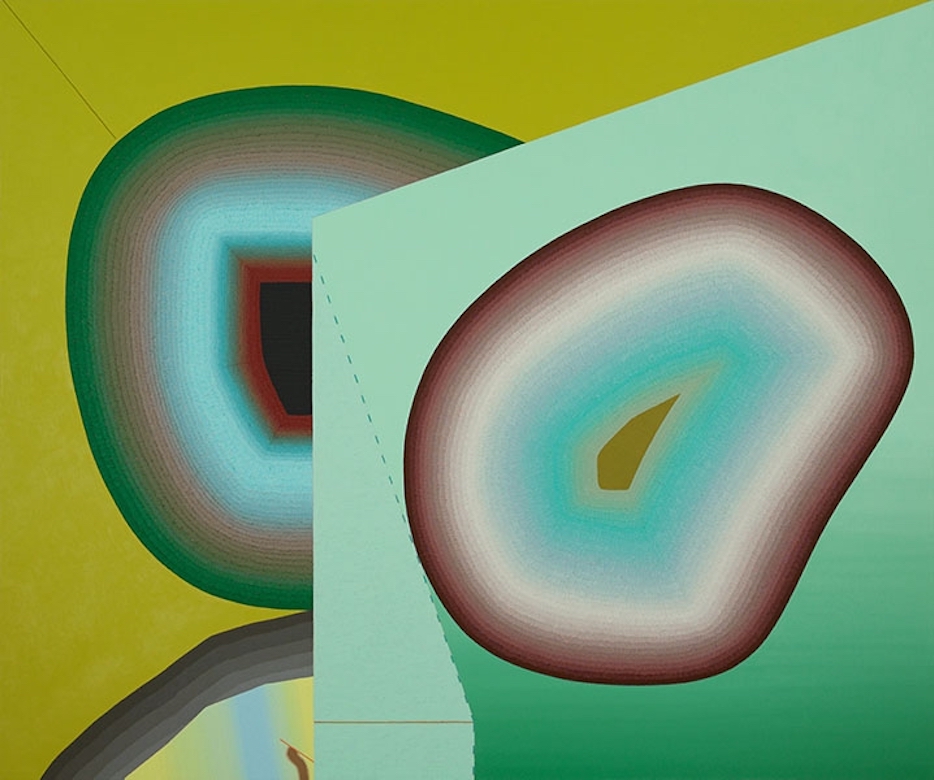 When I first experienced the work, especially the painting Palindrome,I was attracted to the forms and color combinations.  I immediately did a mental search for a broader context. The first thing that came to me was Russian Constructivism, circa 1920.  Artists like Paul Gadegaard, or Alexandra Exter, who did their work nearly a hundred years ago. Compared to London’s abstractions, there are similar elements you would find in Russian Avant-Garde Constructivism, recently on exhibition at the Museum of Modern Art in New York City, 2017.

London’s overall green-based composition contrasts shape, line and form.  Standing at a distance, the viewer gets a hard edge that defines the shape, something like Frank Stella, who used tape to create the edge, but upon closer observation, London’s edge is produced using a brush in a very consistent square stroke of oil paint. The circular gradation is created by the line work.  Lines are solid and perforated, while the picture plane is divided in half.  The foreground on a light green background juxtaposes to this olive green background, both engulfing an amoeba-like shape.  What is powerful is that we are left not sure what we are seeing or where it fits into our universe, often referred to as original. 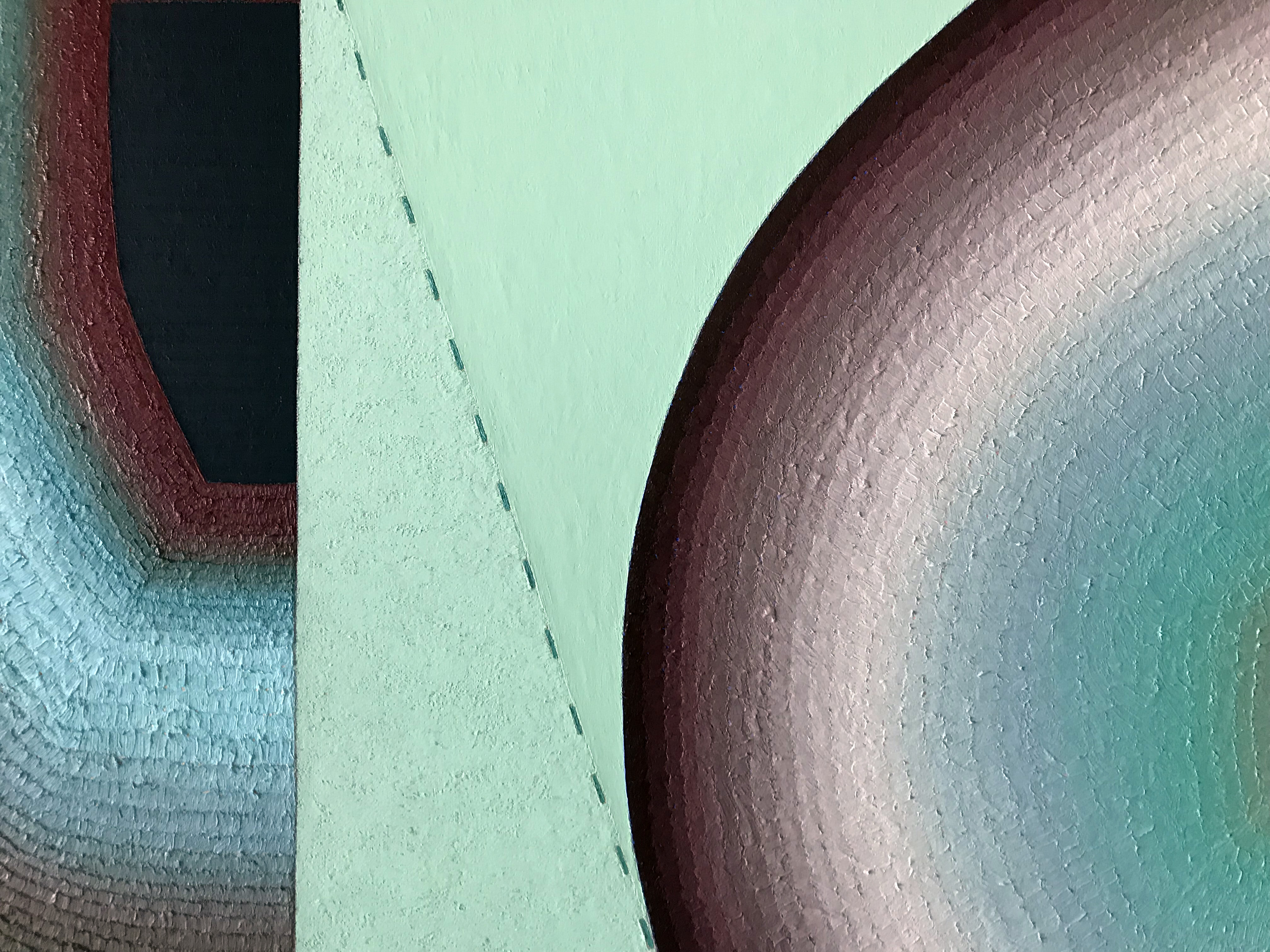 When asked in a recent interview in Artspace 2013 why impermanence is important to his work, London answers, “Just before I started making these I was interested in ephemeral visual moments but was making paintings on canvas that were essentially descriptions of experiences. For example, a simple line may have referred to a shape caught out of my periphery while walking my dog. At a certain point, it seemed more appropriate to cut out the middle-man, as it were, and allow the work itself to become impermanent rather than refer to impermanence through a rather concrete form. This corresponded to an ongoing desire for freshness and openness in the work, never wanting to close anything down. It seemed appropriate to shift the work to a place where it was more about a process, where a piece became an action or decision in a specific place and specific time, inseparable from me as a living, breathing human being, where the piece also had a certain lifespan. Documenting these actions just felt natural.” 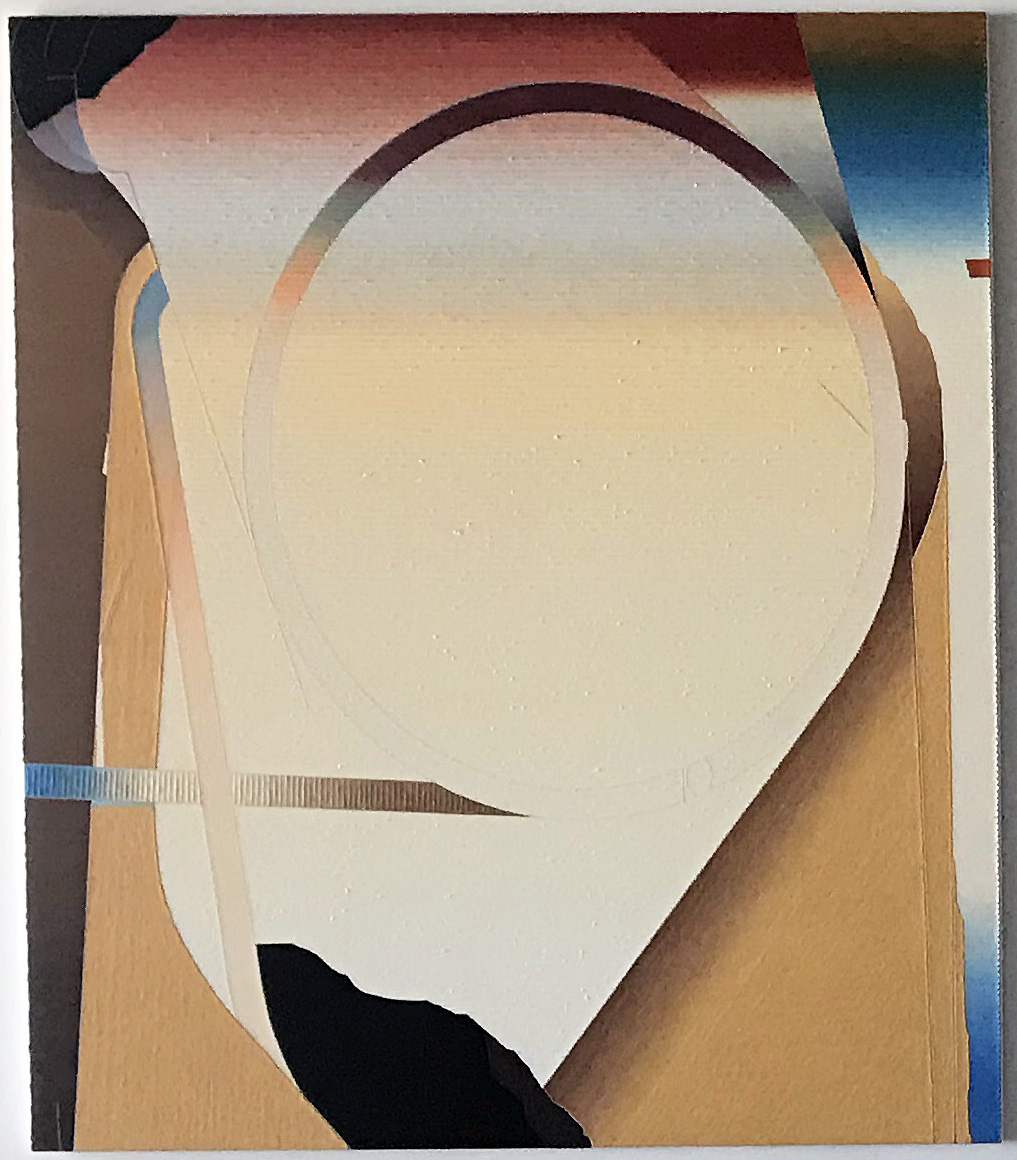 Constructivism was the last art movement to flourish in the 20th century as a modern and influential movement in Russia.  It evolved just as the Bolsheviks came to power in 1917, and its purpose was to replace traditional composition with a focus on the construction of materials. Concerned with the use of ‘real materials in real space,’ the movement sought to use art as a tool for the common good, much in line with the Communist principles of the new Russian regime. Many of the Russian Constructivist works from this period involve projects in architecture, and bled into typography and graphics, ultimately having an effect on Western art.

This journey into abstraction goes back in time and comes out new.  This is the way of visual art, hence the saying “there is nothing new under the sun.”  The vastness and variety of visual art today is a reconstitution of our past, whether a thousand, hundreds or even only ten years past.

Expressionism, Impressionism, Cubism, Minimalism, Figurative, Landscape, and Abstract art live on in time as demonstrated here by the work of Dustin London.

Dustin London’s work has been exhibited at venues including NURTUREart in Brooklyn, Manifest Gallery in Cincinnati, Emily Davis Gallery at the University of Akron, the Untitled Art Fair in Miami Beach, and TSA Gallery in Brooklyn. He has been an artist-in-residence at Yaddo, Willapa Bay AiR, Jentel, Vermont Studio Center, and the Kimmel Harding Nelson Center for the Arts. London is a recipient of the New York Foundation for the Arts Fellowship and his work has been featured in New American Paintings, Fresh Paint Magazine, Paint Pulse Magazine, and The New York Times. He received a BFA from Michigan State University and an MFA from the University of Pennsylvania.