University of Michigan Museum of Art brings the Boston Institute of Contemporary Art exhibition to its audience. 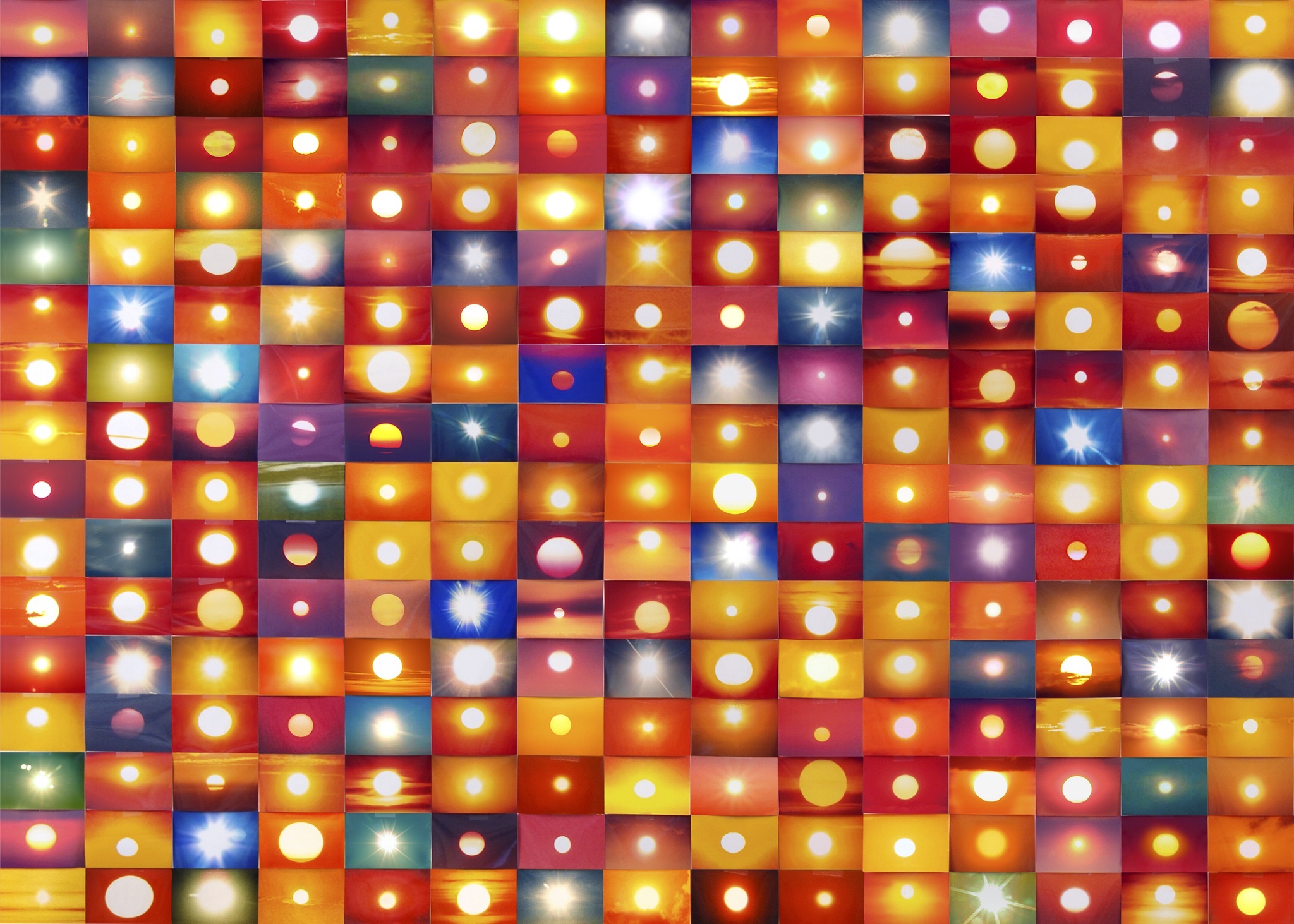 In 1969, the United States Department of Defense harnessed groundbreaking technology to relay a message from a computer at UCLA to a computer at Stanford University; it simply read “Login,” but even that was enough to overload and crash the system.  For twenty more years, rudimentary Internet technology remained exclusively in the hands of scientists and government agencies until the creation of the World Wide Web in 1989, which radically democratized the Internet, making it accessible, comprehensible, and useable to anyone. It also irrevocably changed the way we experience the world.  Responding to the thirtieth anniversary of the World Wide Web, the University of Michigan is hosting “Art in the Age of the Internet,” a massive multimedia show which, like the Internet itself, is visually eclectic, immersive, and loud.

Three years in the making, this show first launched in 2018 at the Boston Institute of Contemporary Art, garnering substantial critical acclaim.  As one would expect given the subject, the show liberally makes use of video-art displayed on screens and monitors, but it also includes media ranging from painting, drawing, and photography to emerging technologies such as 3D printing.  The forty works that comprise the show are categorized in five sections: Networks of Circulation, Hybrid Bodies, Virtual Worlds, States of Surveillance, and Performing the Self.  Together they form an impressive ensemble of work by both emerging and established artists, including a few surprise-appearances by artists one might not immediately associate with the Internet, such as Cindy Sherman, but whose inclusion in the show makes perfect sense. 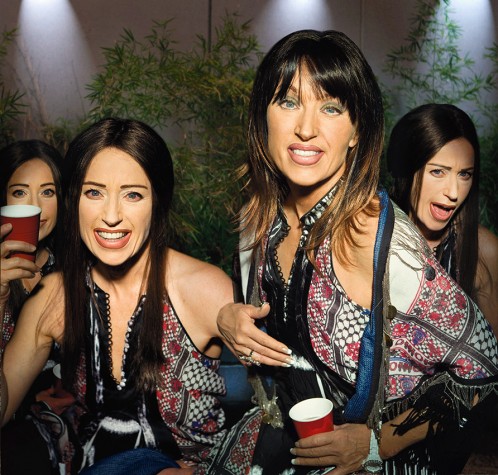 Many works explore the increasingly reality-altering nature of the Web.  A large photograph of the perennially shape-shifting Cindy Sherman seems an apt metaphor for the way many of us might use social media to fabricate idealized narratives about our better selves via Facebook, Instagram, Twitter, or Snapchat (pick your platform) at the expense of authenticity.  Commenting on this photograph of women at a social gathering of some kind, Sherman states that the image “was inspired by the idea of party photos seen so often where people, desperate to show off their status and connections, excitedly pose have their picture taken with larger-than-life-sized smiles and personalities.”  The photograph was taken in 2007, the infant years of social-media, but Sherman’s collective body of work, decades in the making,  prophetically anticipates the way many of us (including presidents and world leaders) painstakingly curate our own images, ideas, and personalities on social media as we present our digital personas to the digital world.

An entirely different commentary on the blurring of digital and actual realities comes from Harun Farocki’s two-channel video Serious Games IV: A Sun with No Shadow, which explores how the US military uses virtual reality technology to prepare soldiers for combat and to treat soldiers who experience post-traumatic stress disorder.  One screen shows soldiers interacting with the technology as another screen relays to us the same simulated combat scenarios the soldiers see. 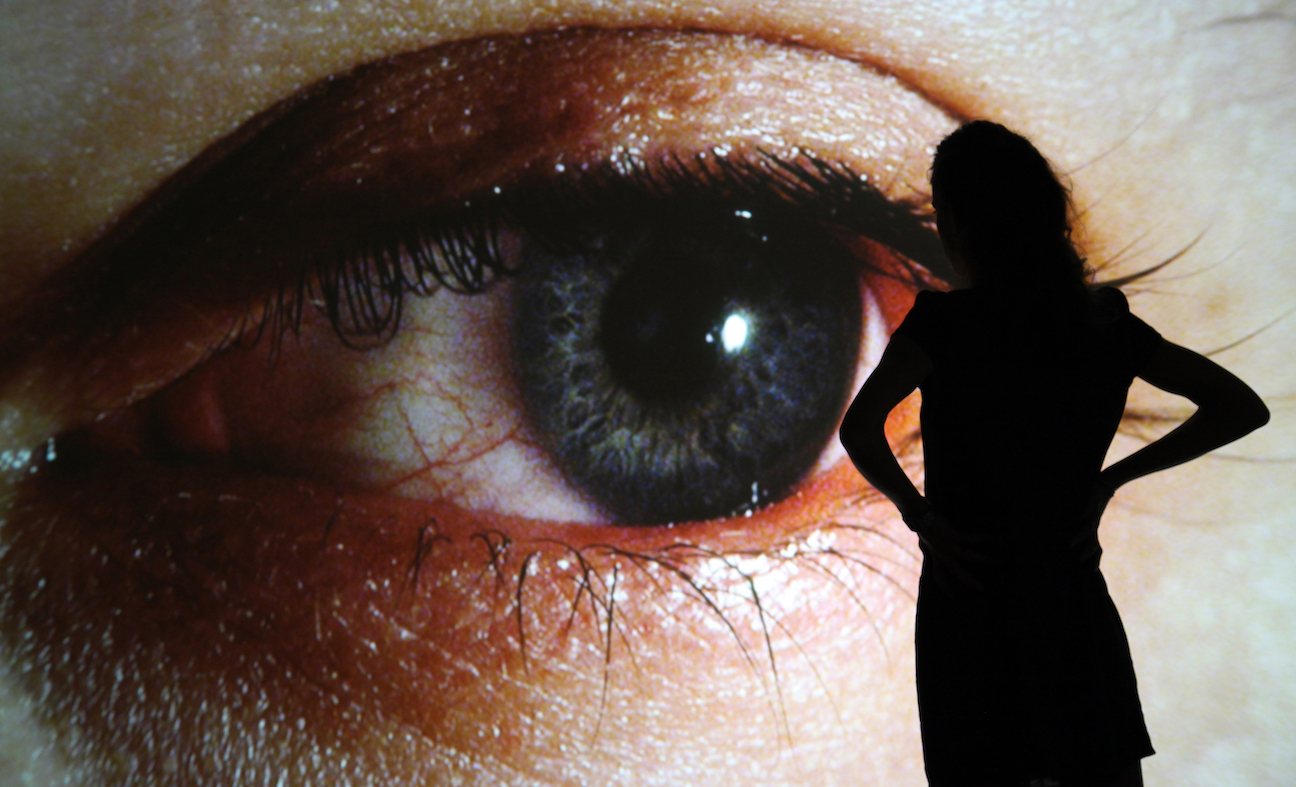 The most compelling works in the exhibition are those that address government surveillance technologies; the disclosures in 2013 by NSA whistleblower Edward Snowden lend these works considerable weight.  Rafael Lozanno-Hemmer’s Surface Tension is a deceptively playful interactive screen with an eyeball that follows viewers who come within a certain distance; one can’t resist the game of pacing back and forth in front of it, testing its speed and unerring accuracy.  But to work, this installation applies the same military camera used by American smart bombs to pinpoint targets during the wars in Iraq and Afghanistan.  The original iteration of this work was created in 1992, well before the creation of the NSA and the “surveillance state” as it exists today. 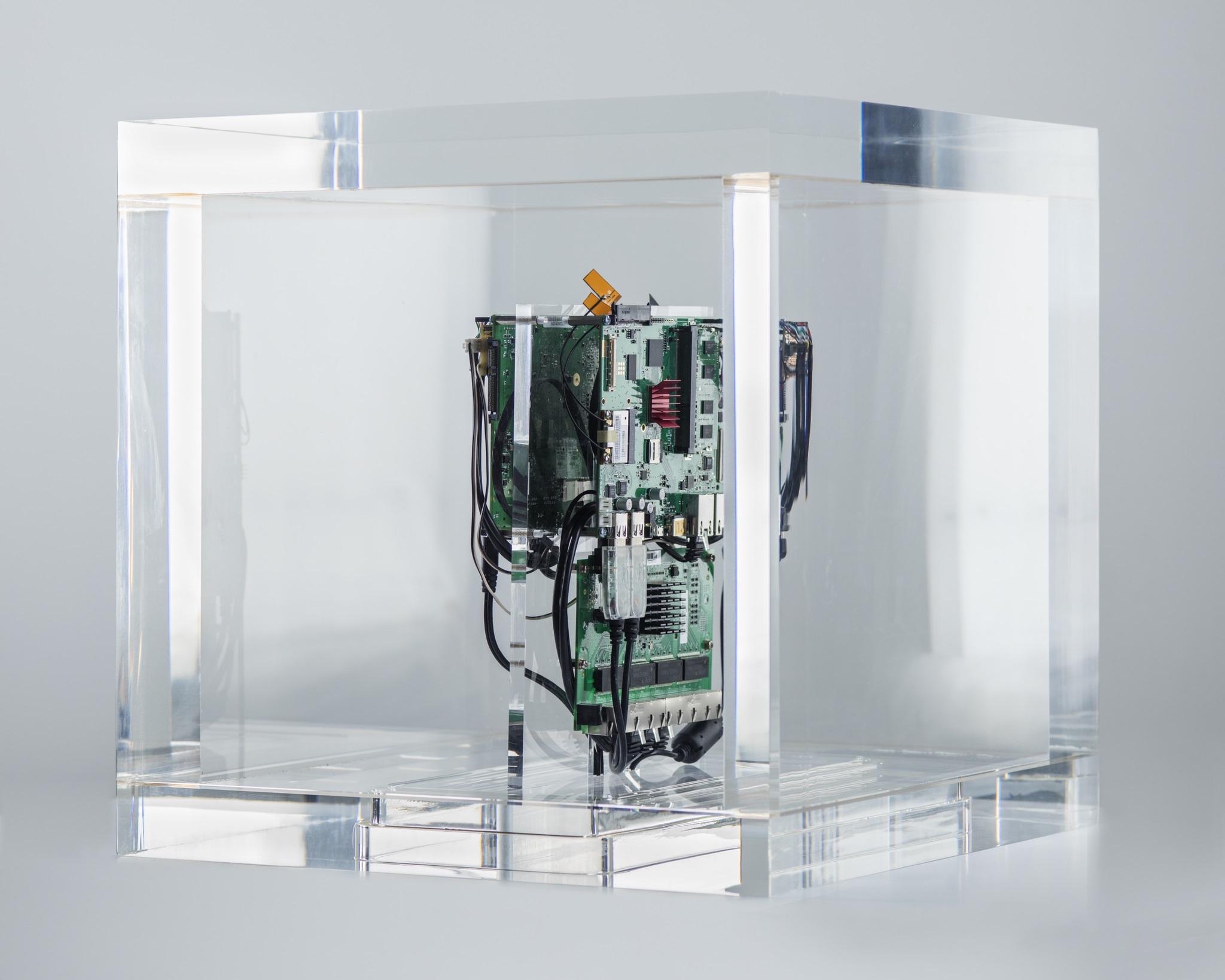 With just under a billion users, more people access the Internet in China than in any other country, but users in China can’t access sites like Google, Facebook, Youtube, Twitter, the New York Times, or thousands of other websites.  Addressing the Great Firewall of China, the country’s censorious implementation of Internet restrictions, artist and activist Xu Wenkai’s Gfwlist is a black, rectilinear monolith which, for the duration of the exhibition, will print out, in encrypted form, a lengthy sheet of  Web addresses blocked by the Chinese government.  In addition to raising awareness of the problem, the artist’s use of encryption suggests a potential way for activists to hack their way towards a solution.  On a similar note, American artist Trevor Paglen’s Autonomity Cube, straddling the boundary between sculpture, technology, and activism, is a functional Wi-fi hub that anonymizes user Internet activity and hides it from surveillance systems.  Though perhaps this work bends more toward pure technology than traditional art, it admittedly recalls some of the work of Bauhaus superstar Maholy Nagy.

Art in the Age of the Internet certainly doesn’t dispiritingly present the Internet as a negative phenomenon, inevitably ushering in a Big Brother State.  Today, anyone with an I-Phone is a potential news-reporter, and social media has been the impetus that has propelled movements ranging from the Arab Spring to #blm.  Driving the point home, a wall of monitors reminiscent of the electronic sculptures of Nam Jun Paik relays algorithmically-sourced footage from the Internet showing police brutality against people of color.  On the one hand, it champions the Internet as a medium that exposes and heightens awareness of the problem, though it also painfully suggests that things haven’t changed much during the interval between the pre-social-media days of Rodney King in 1991 and Tamir Rice in 2014.

A show like this could easily veer toward envisioning a bleakly Orwellian vision of the future. But Art in the Age of the Internet wisely refrains from suggesting that the Internet has been bad for humanity– to do so would be equivalent to railing against the printing press on the grounds that there’s been much bad literature.  After all, while the term “fake news” has only recently gained currency in modern political discourse, propelled largely by the ease with which (dis)information transmits over the Internet, readers can easily find rollickingly laughable gaffs without much difficulty in the Historiesof Herodotus and Pliny the Elder.   Rather, this exhibition dispassionately presents the Internet as an irrevocable facet of modern life, and, for better or for worse, the medium though which we increasingly look, learn, love, and live.

Art in the Age of the Internet is currently on exhibition at the University of Michigan Museum of Art through April 17, 2019