Decade at the Center: Recent Gifts and Acquisitions @ GRAM 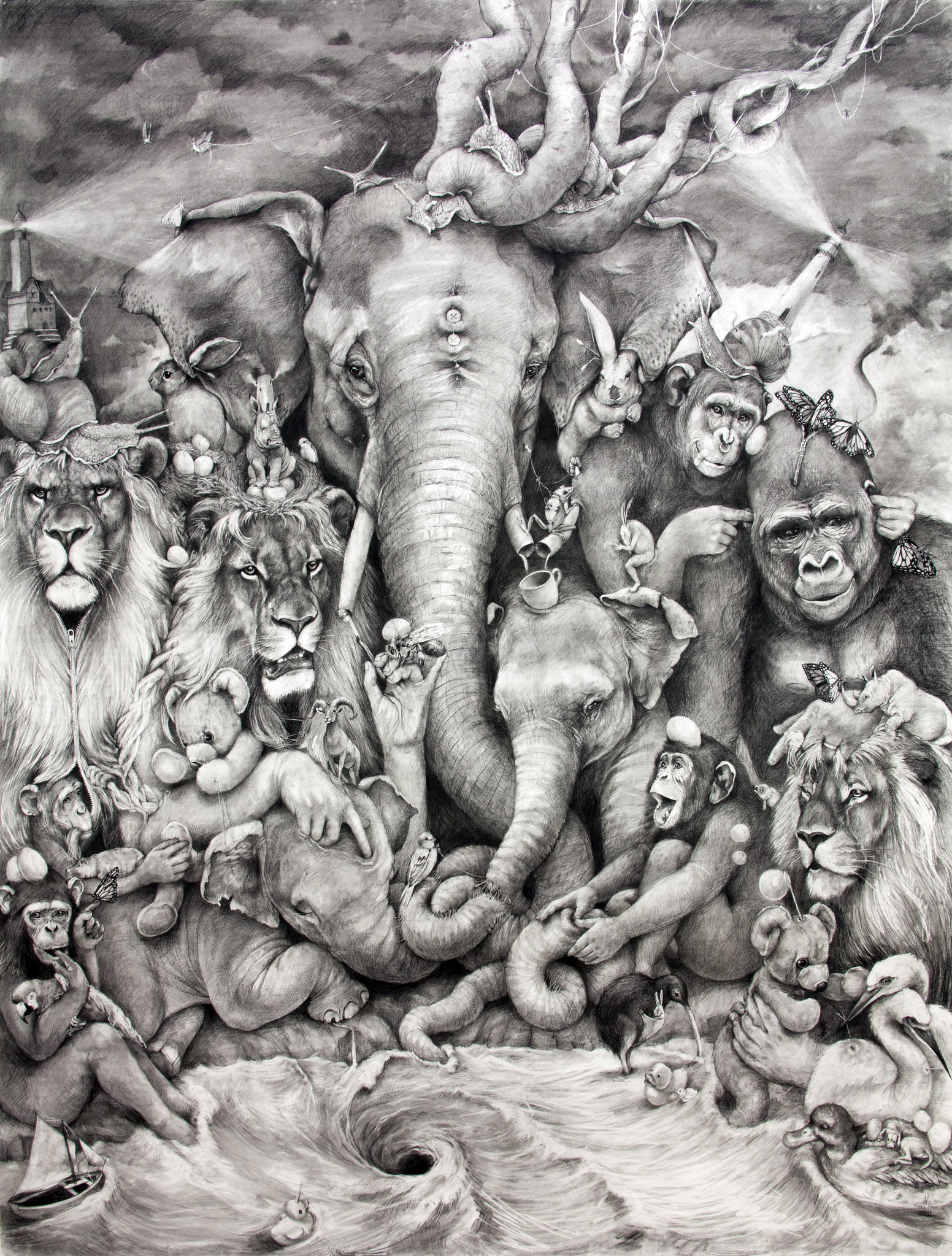 In 2007, the Grand Rapids Art Museum opened the doors to its newly-completed, ultra-modern exhibition space in the heart of downtown Grand Rapids.  Rounding out a year of celebratory programming commemorating the GRAM’s first decade in its new location, the show A Decade at the Center: Recent Gifts and Acquisitions brought together over a hundred works acquired by the museum over the past five years.  It was an eclectic but strong ensemble of works spanning a diverse array of media across both the fine and applied arts.

As an introspective exhibition which took the GRAM’s collection itself as its subject matter, A Decade at the Center was necessarily a bit of a mish-mash—these works came from all over the world, and were created by artists ranging from Rembrandt to the Apple Design Team.  But the explanatory wall-text curated and structured the experience, lending insight into what exactly goes into building an art collection, helpfully addressing questions like “How does a collection grow,” “who decides what’s acquired?” and “how permanent is a permanent collection?”

The significant presence of applied arts and design resonated nicely with Grand Rapids’ historic contribution to 20thcentury furniture manufacturing—the city is famously home to such design powerhouses as Hermon Miller and Steelcase.  Among the acquisitions on view included examples of design that fudge the porous boundary between functionality and art. A zany bench and table set designed by the Danish-born Nanna Ditzel seemed more like sculpture than interior design, as did the radiating  Metal Spokes Wall Clock by George Nelson and Associates, which helped define the American interior aesthetic of the 1950s.  While most of these examples of applied design pointed to the recent past, a set of dinner cutlery by Iraqi-born megastar architect Zaha Hadid seemed decidedly from the future—no surprise given the other-worldly appearance of her architectural output, which includes Michigan’s very own Broad Art Museum in Lansing.

Also on view were examples of design which illustrated the rapidly changing shape and form of technological devices, including an original Walkman cassette player, an early handheld Kodak camera, and a rotary telephone.   There’s even a first-generation iPod Shuffle, which, though not even fifteen years old, is a relic rendered just as archaic as the Walkman by the ubiquitous iPhone.  Given the rapidity of technological change, one can’t help but reflect that fifteen years from now the iPhone itself may very well be added to this pantheon of the obsolete. 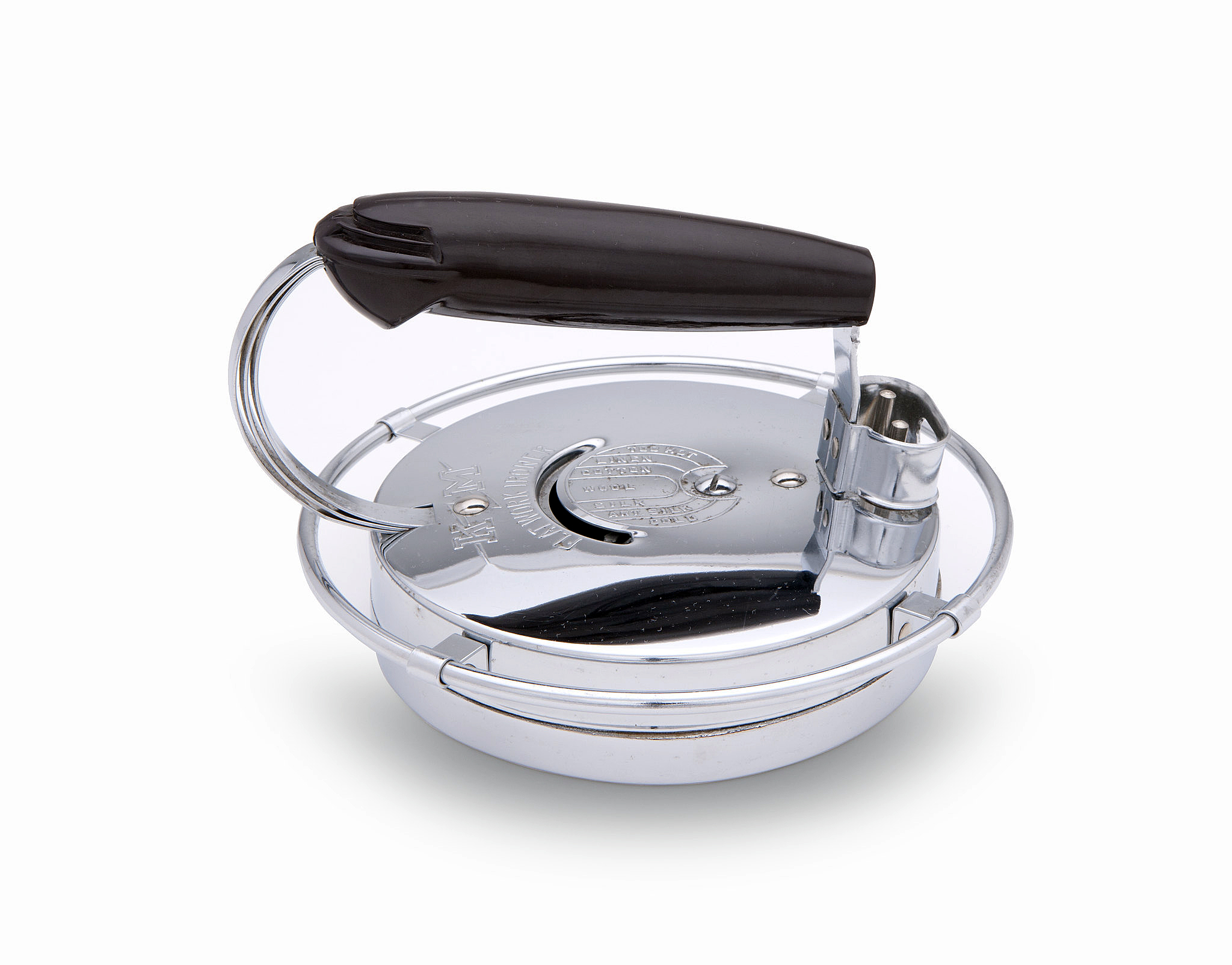 Some of the more traditional works on view also had regional significance, like the paintings of Carl Hoerman, Matthias Altan, and Reynold Weidenaar, the latter of whom was featured in a massive retrospective here in 2015, occasioned by the centennial of his birth.  All three artists lived and worked in West Michigan, and their work, which took Michigan’s landscape as its subject matter, reflects their affection for the natural beauty of the state. 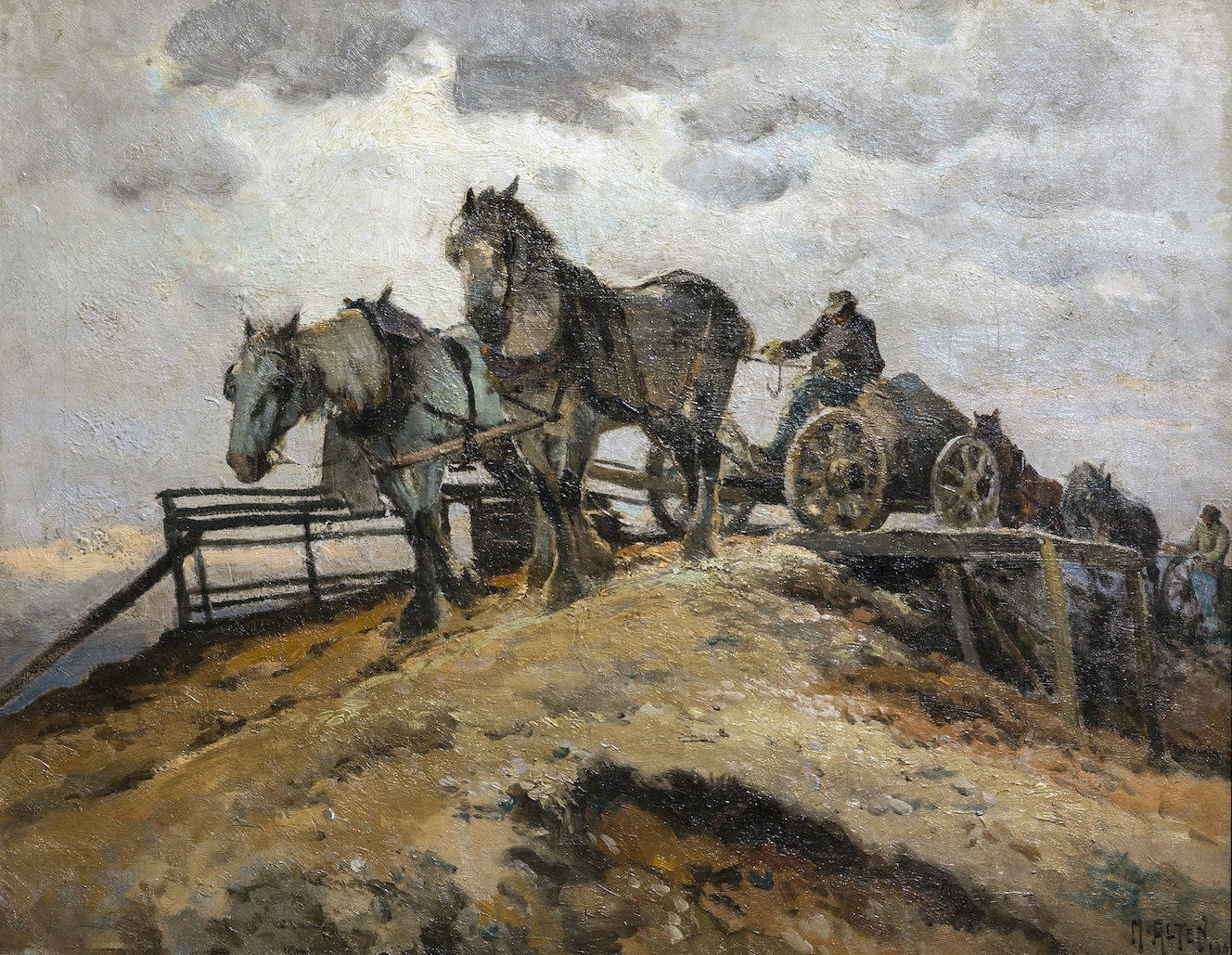 Historically, the strong suite of the GRAM’s permanent collection has always been its holdings of European and American art post-1800, and many works have been added to this number. These include offerings by such recognizable names as William Blake, Audubon, Picasso, Marsden Hartley, Emil Nolde, Warhol, Frank Stella, Ellsworth Kelly, Calder, de Kooning, Dubuffet, Chuck Close, Kara Walker, and Louise Bourgeois.  Among the oldest works acquired include a pair of 15thcentury engravings by Martin Schongaur and a small nude figure study by Rembrandt. 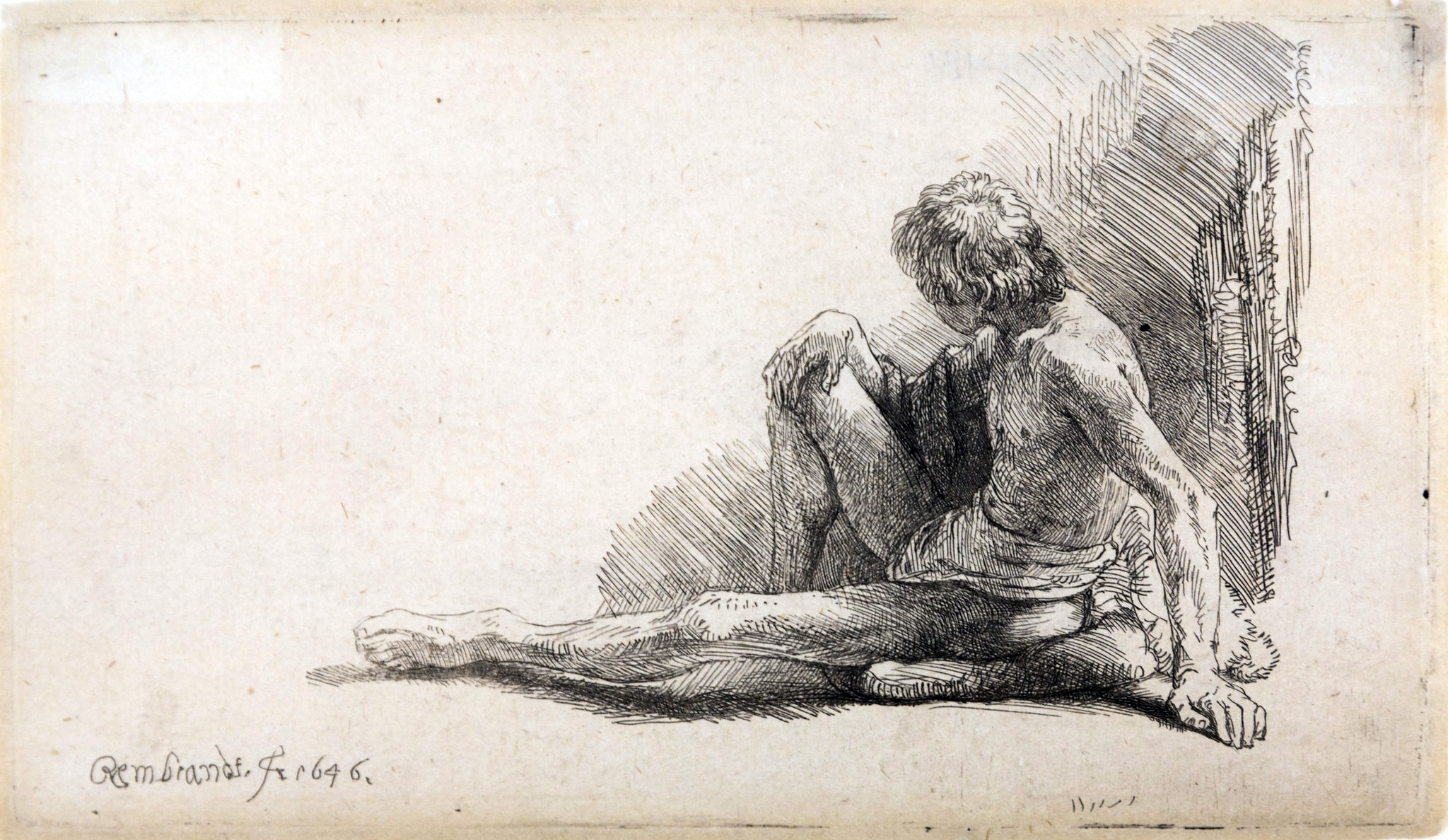 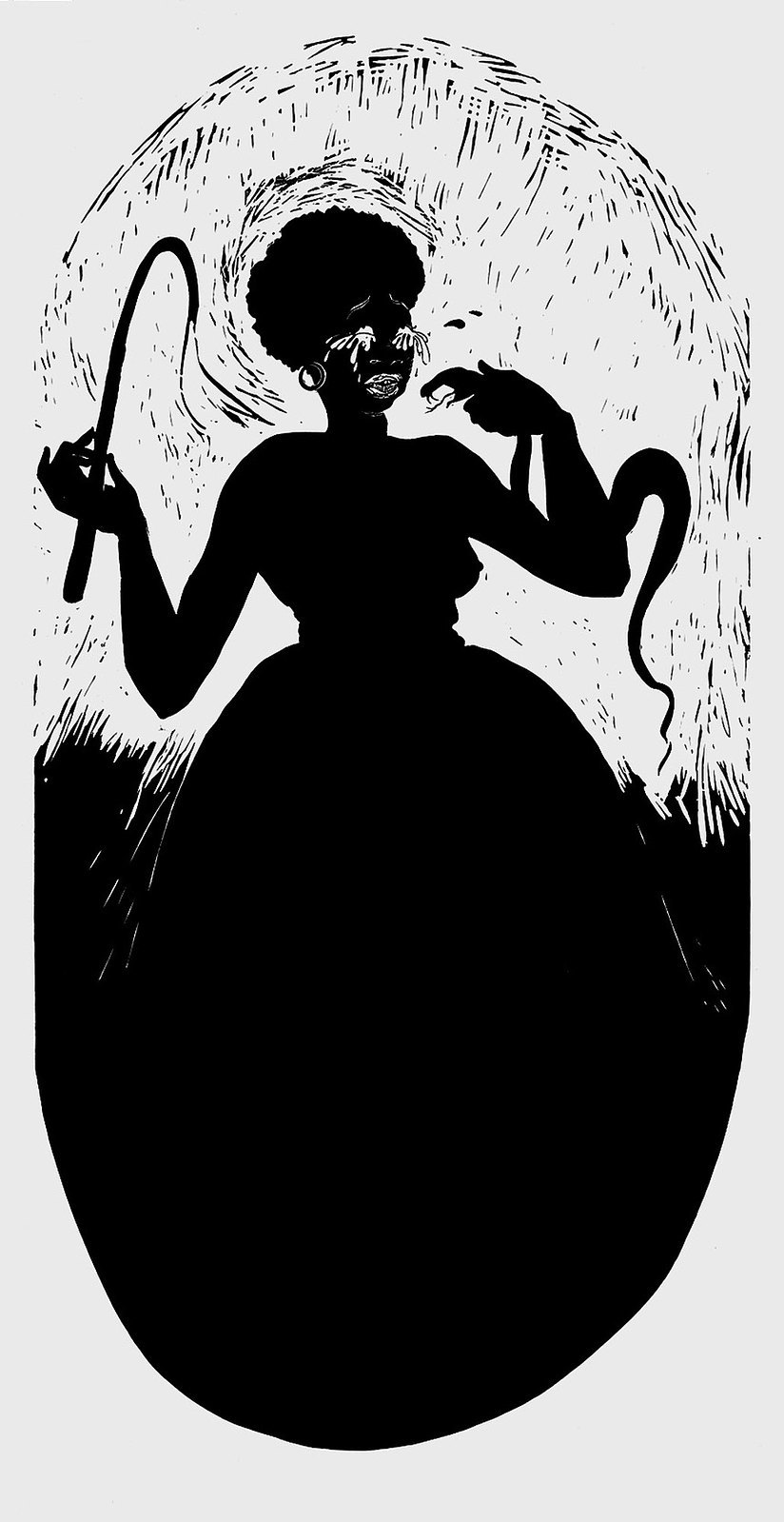 While European and American works make up the majority of the GRAM’s new acquisitions, there’s nevertheless a robust international presence, and these works hail from all six inhabited continents.  These include a large, reflective, geometric glass sculpture by Monir Farmanfarmaian, the Iranian superstar artist who enjoyed a handsome retrospective in this same gallery suite last summer.  Inspired by Sufi geometry, her composite sculpture throws reflected light across the floor of the gallery space like a stationary disco ball, and echoes the geometric tessellations of an untitled pen and ink drawing, also by Farmanfarmaian, included elsewhere in the show. 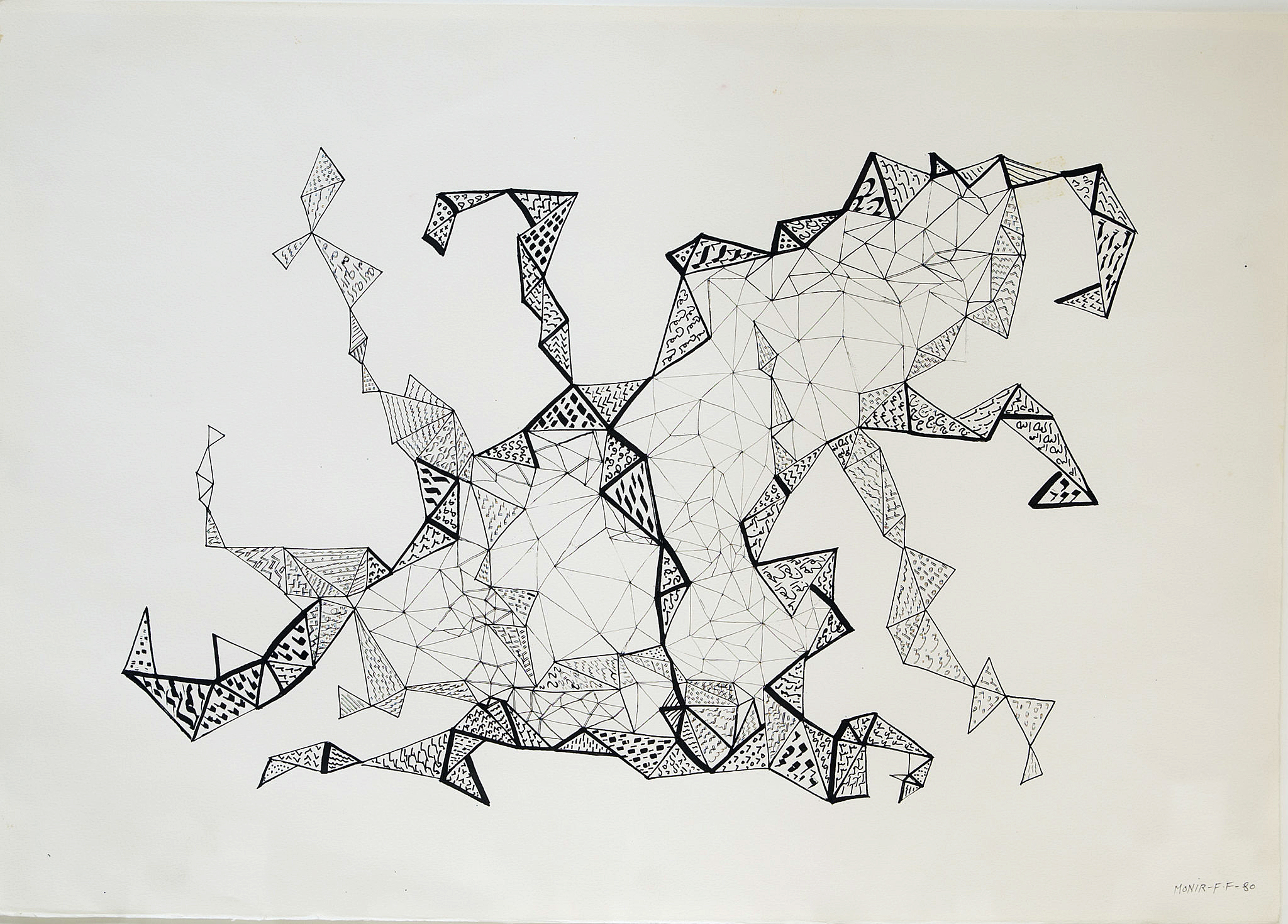 This exhibition serves as a veritable who’s who in art and design– all the more impressive given that it comprised just five years’ worth of acquisitions and promised gifts.  Furthermore, in addition to established masters, the show included works by emerging talent, such as Elephant Whirlpool, a massive graphite drawing by Addona Kharre, who in 2012 was the winner of Art Prize, the city’s celebrated annual art festival.  Recent Gifts and Acquisitions is an exhibition that will live on in perpetuity as these works join the 6,000 other artifacts that form the museum’s permanent collection, ever on rotating view in the GRAM’s gallery spaces.