Nudes by Klimt, Schiele, and Picasso from the Scofield Thayer Collection

The exhibition Obsession at the Met Breuer Museum in New York City is both a revelatory exploration of early 20th Century modernism and a fascinating study of frank portrayals of female nudity by Gustav Klimt, Egon Schiele, and Pablo Picasso.  The Met Breuer is housed in a landmark building on Madison Avenue and East 75th street that was once the home of the Whitney Museum of American Art from 1966 to 2015, and is now leased for ten years by the Metropolitan Museum of Art in an attempt to provide needed space for contemporary exhibitions. The building was designed by Hungarian-born Marcel Breuer (1902 -1981), a former student and teacher at the Bauhaus who first specialized in furniture design and then went on to devote himself to architecture and immerse himself in the new developing technology of concrete and plate glass. 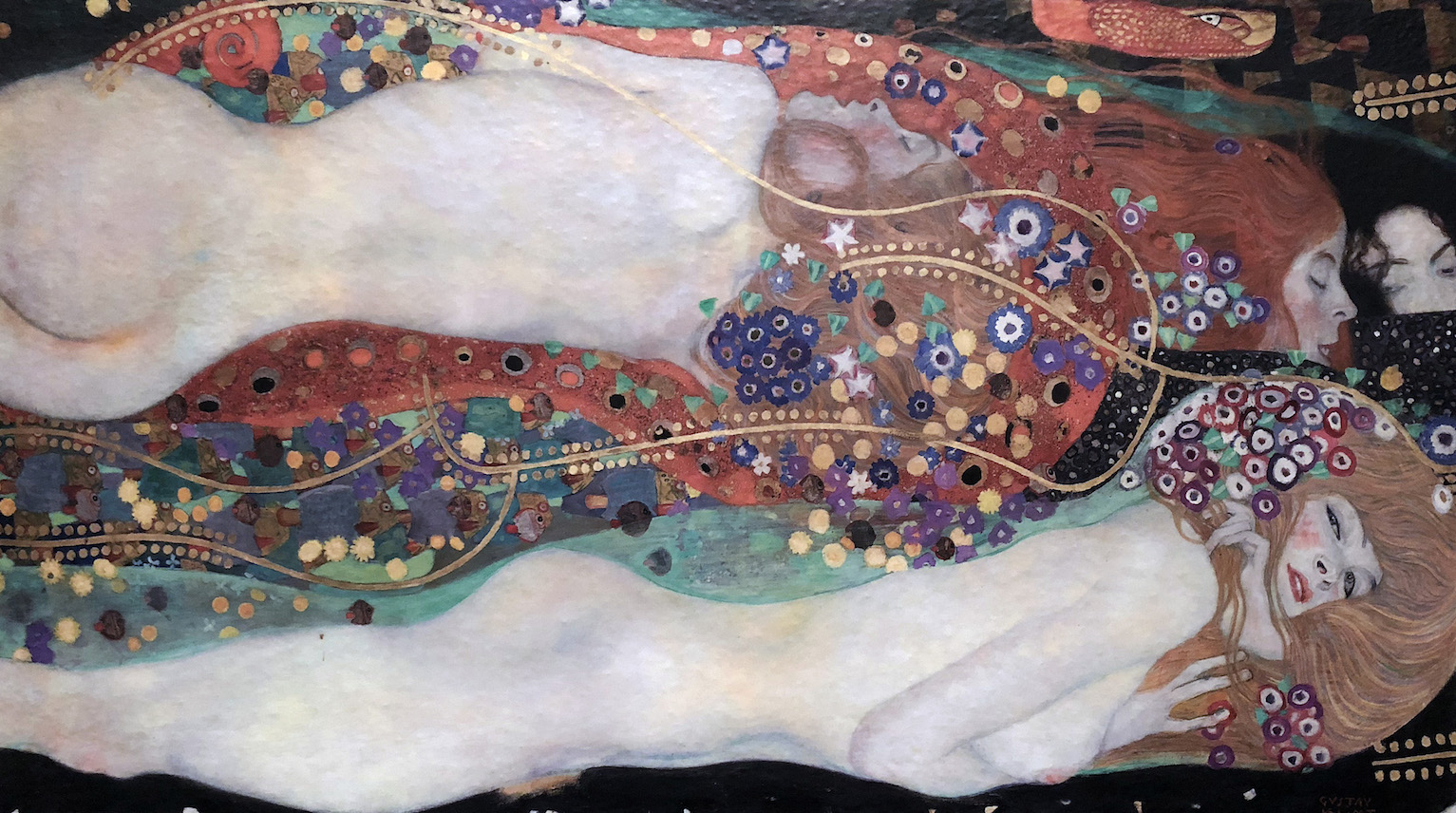 These paintings, as in Water Serpents II, were considered unconventional for the times, depicting nude women together in attitudes of pleasure.  Many of Klimt’s paintings included small symbols, lines and objects and often used a metallic oil paint that sets the space around the figure in abstract fields of color and design. 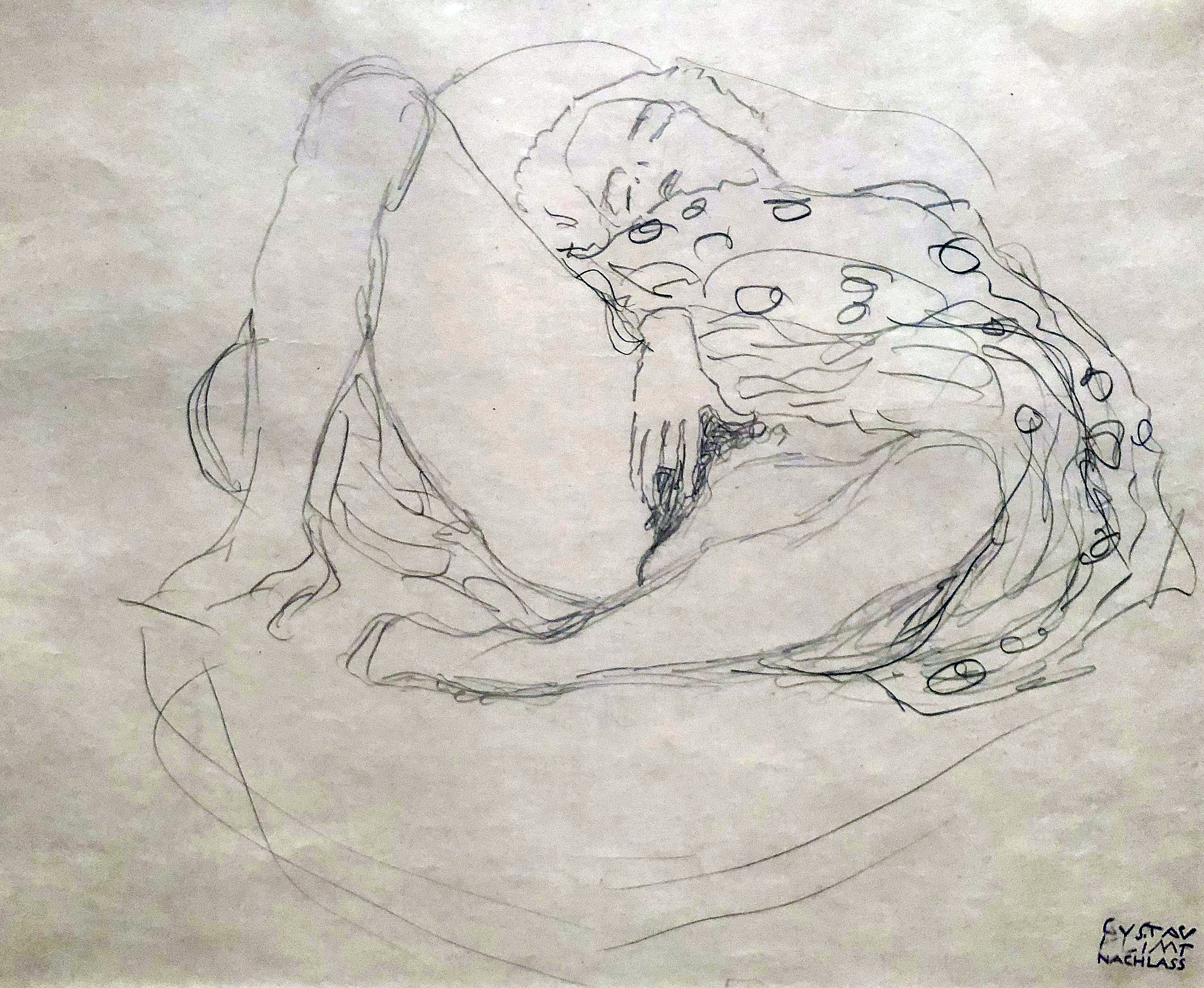 The drawing, Reclining Nude with Drapery, belongs to a group of fifty Klimt drawings showing women pleasuring themselves. With her eyes closed, the model seems unaware of both her surroundings and the viewer. 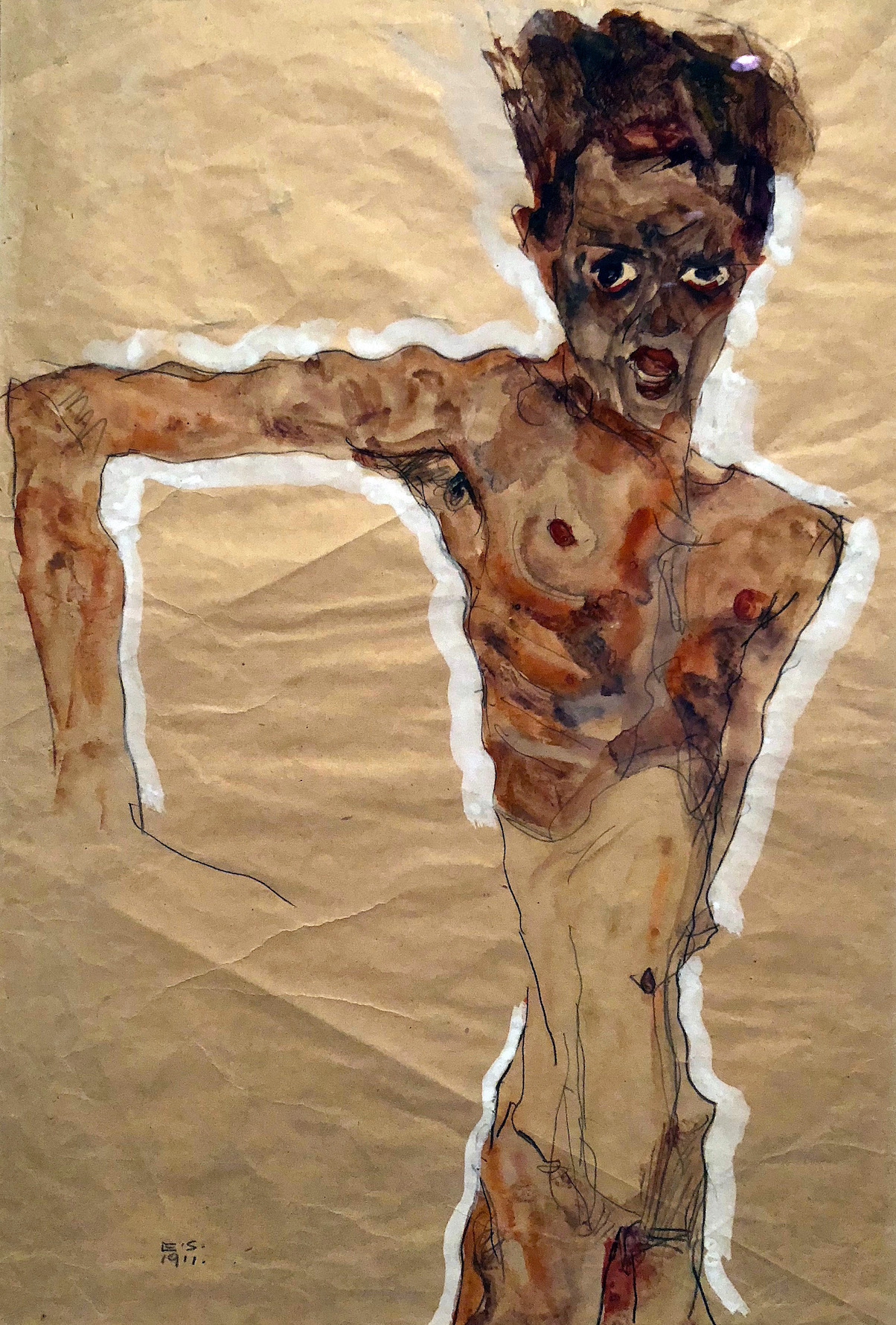 In the course of his brief life, Egon Schiele, (1890-1918) created more than three hundred paintings and some three thousand drawings and watercolors.  He was known to draw constantly and everywhere: in his studio, on trains, in restaurants and in nature.  He looked to Gustav Klimt as a friend and a father figure.  He became well known for his ethereal contour lines and made over 170 self-portraits between 1908 and his death in 1918.  In this early work, he reduced his already thin body to skin and bones, and poses naked in front of a large mirror in his studio. In these seemingly decaying bodies, Schiele is posed in a sexually exhibitionistic way, displaying his groin and genitals. 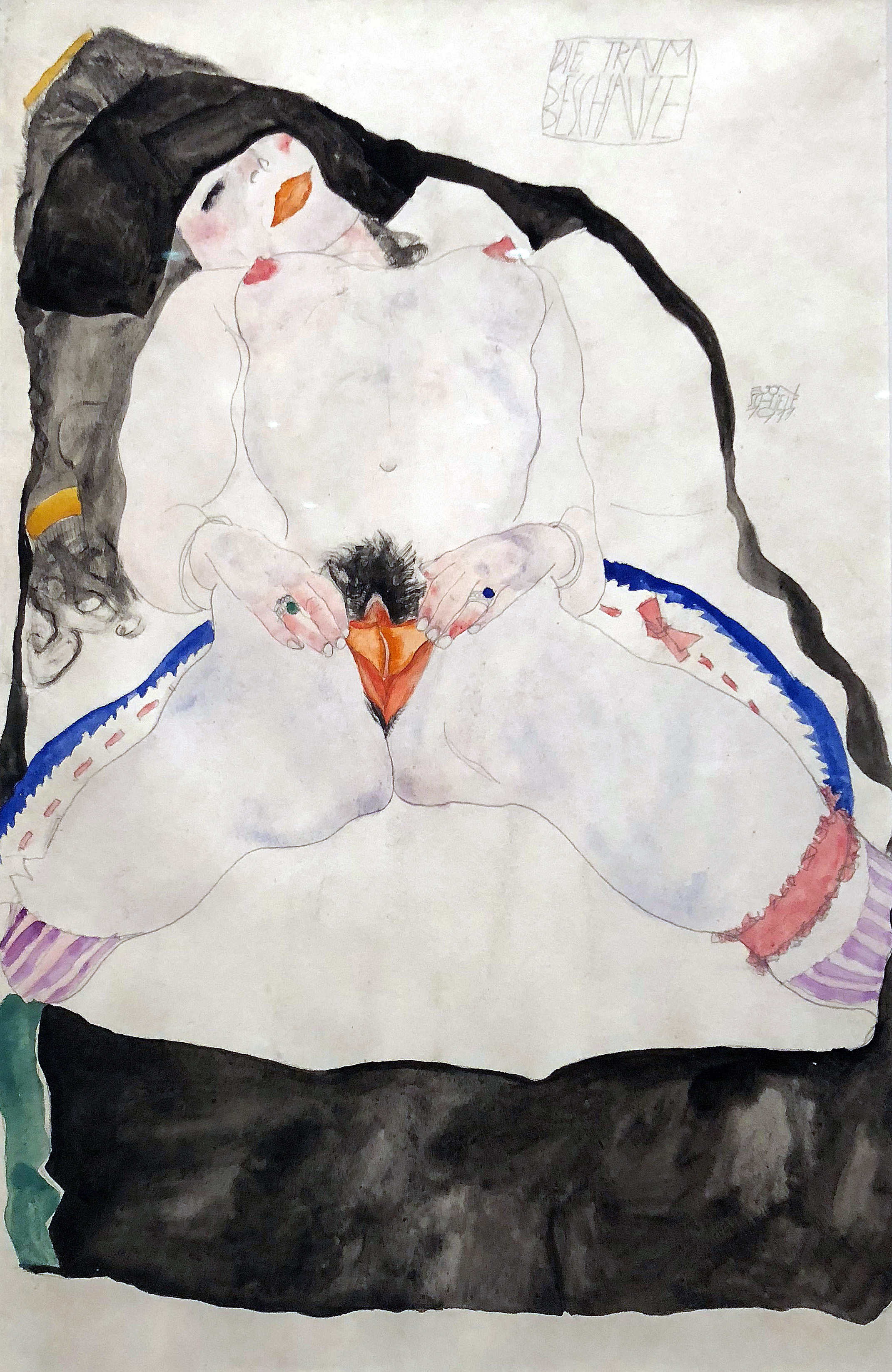 Egon Scheile, Observed in a Dream, Watercolor and graphite on paper, 1911 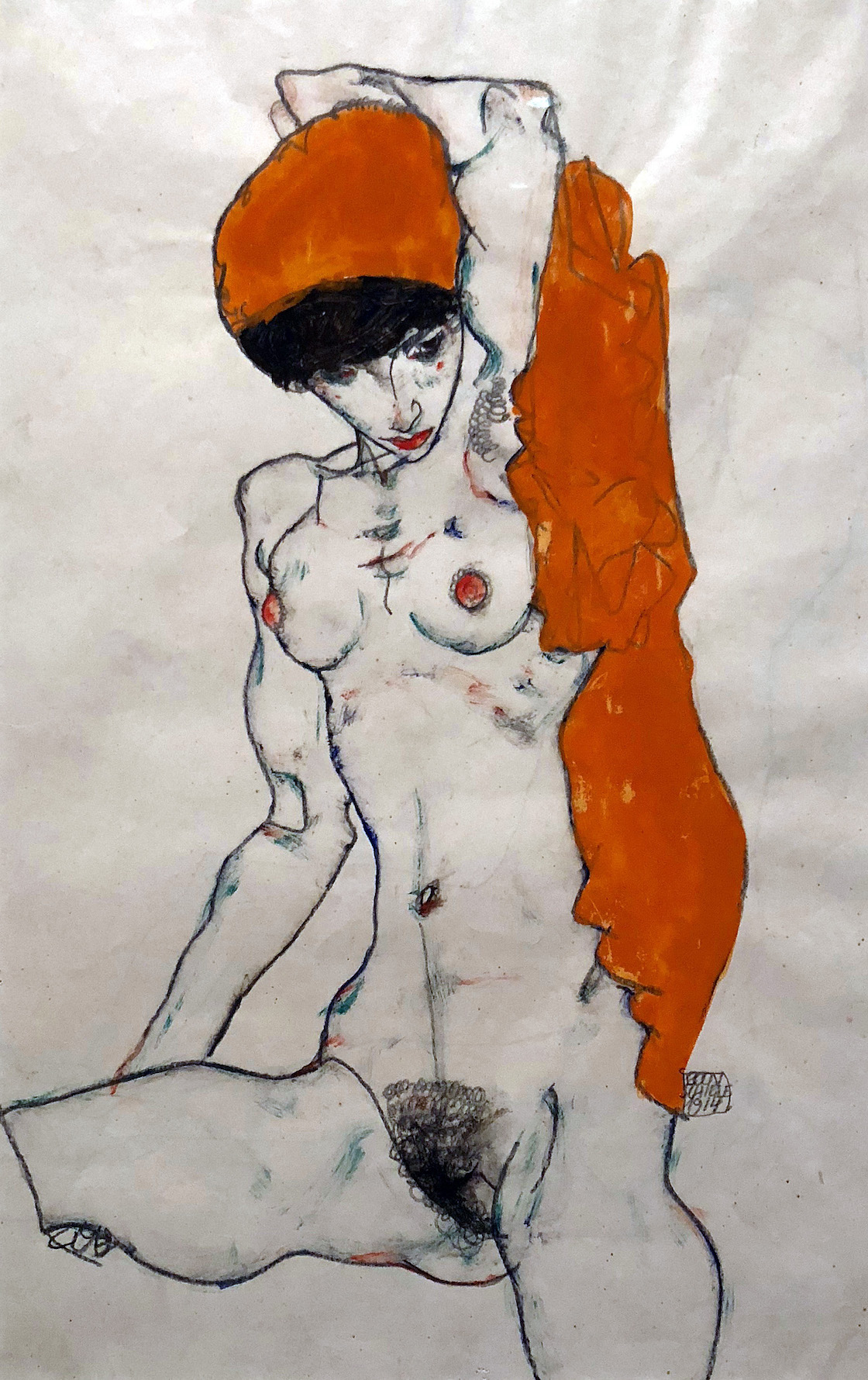 By 1914 Schiele had replaced the tense bodies with fuller and more relaxed ones as in this watercolor. He probably drew her while she was lying down, but the placement of his signature turns her upright.

The heavy graphite drawing depicts the titillating nude touching herself from a slightly elevated position.  During the final two years of his life, Schiele made hundreds of these drawings, mostly female nudes that appear more facile than his previous work.  His erotic drawings lost some of their intensity, and gradually his work became more baroque.  In the autumn of 1918, the Spanish flu epidemic that claimed 20 to 50 million lives in Europe reached Vienna. Edith, his wife, who was six months pregnant, succumbed to the disease on 28 October, followed by Schiele, who died only three days after his wife. He was 28 years old. 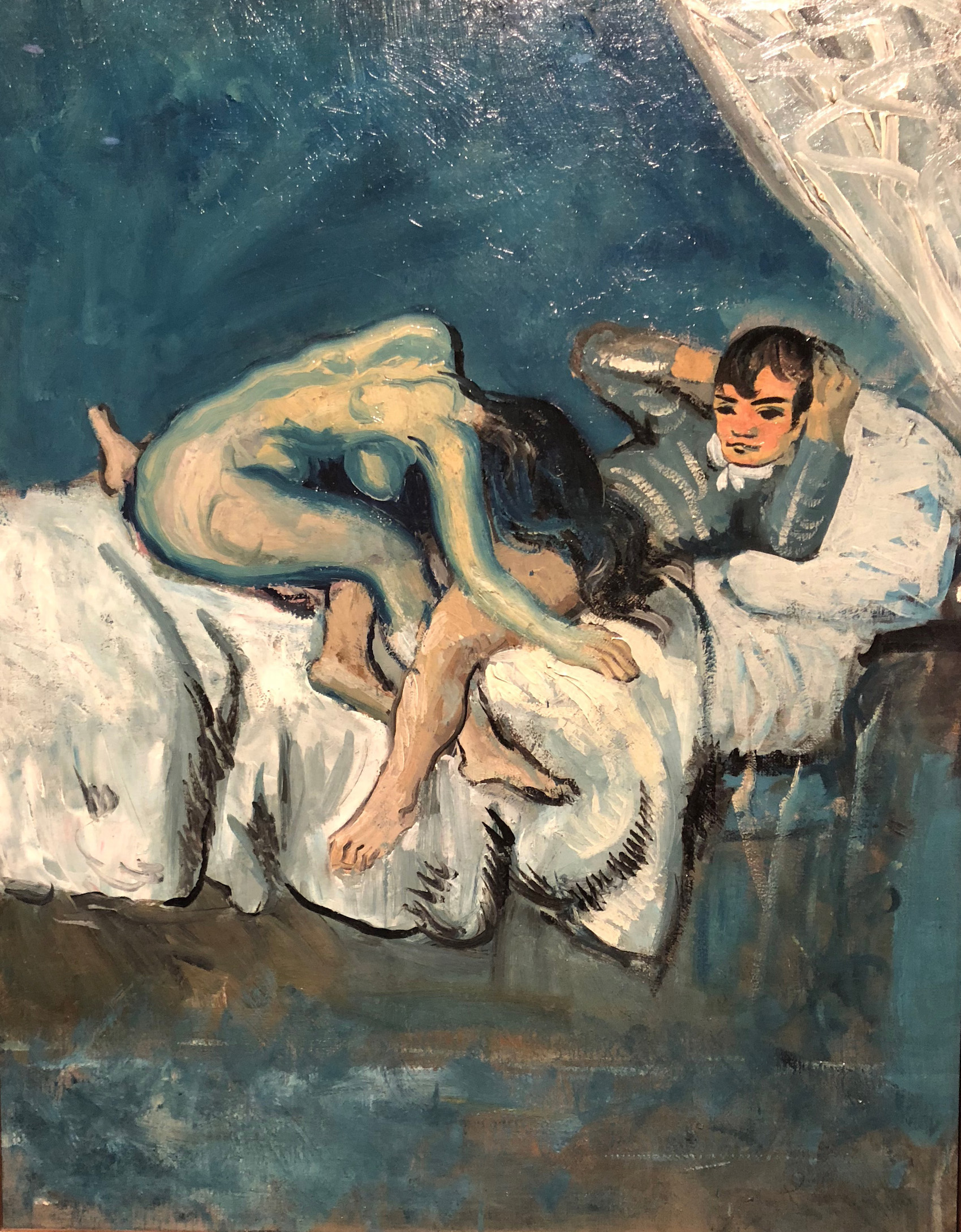 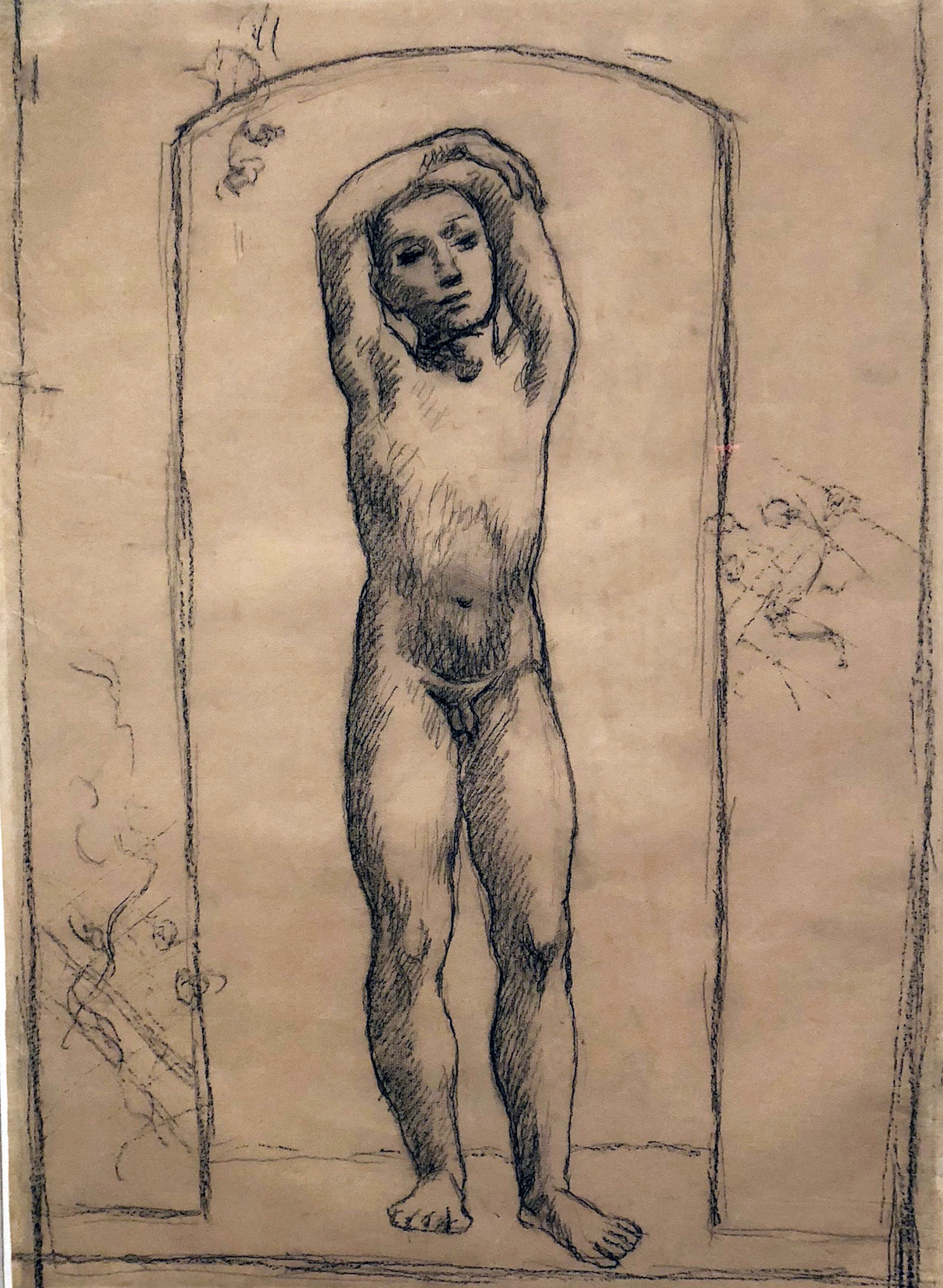 What followed in the years around 1906 were drawings that displayed bodies with ease and unselfconscious classicism.  Art historians trace the figure and the pose of this youth to antiquity as well as to Michelangelo. Although the boy’s features reappear in many other works, there is some disagreement about the intent of this pose.  Innocent nudity or strangely voluptuous?   Much, if not all of the work during this period took place in the remote village of northern Catalonia, high in the Pyrenees and close to the border with Andorra, at Gosol, where it was recommended he would find “good air.”  The artist visited the town with his lover at the time, Fernande Olivier and stayed at a lodging house surrounded by a romantic environment that influenced the work. 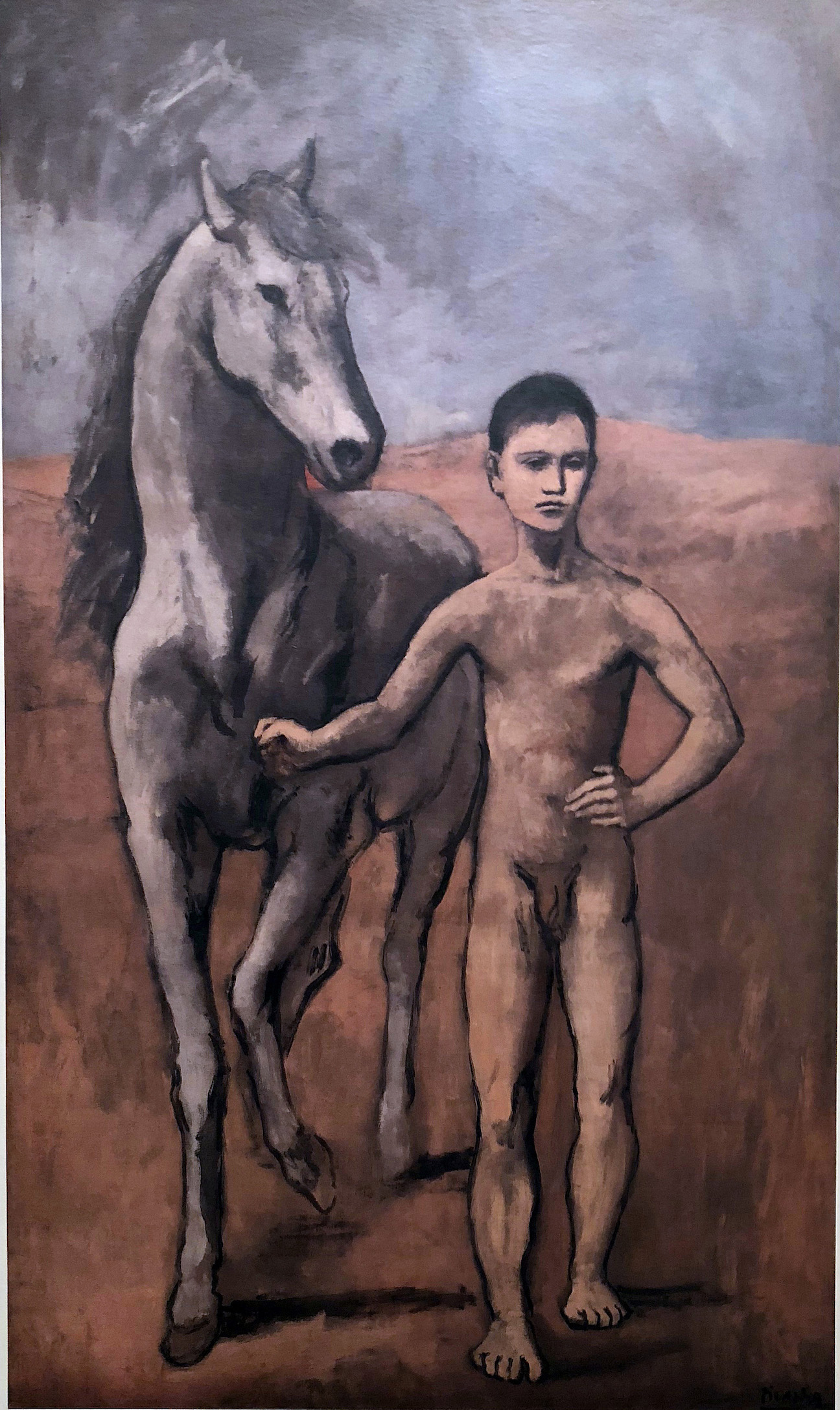 While Pablo Picasso’s work had been shown in the United States, Gustave Klimt and Egon Schiele were unknown in this country at that time, but eventually became known throughout Europe and then this country. Much of the exhibition is drawing, and these works on paper have rarely been exhibited because of the exposure to light over time.

Obsession: Nudes by Klimt, Schiele, and Picasso through October 7, 2018.