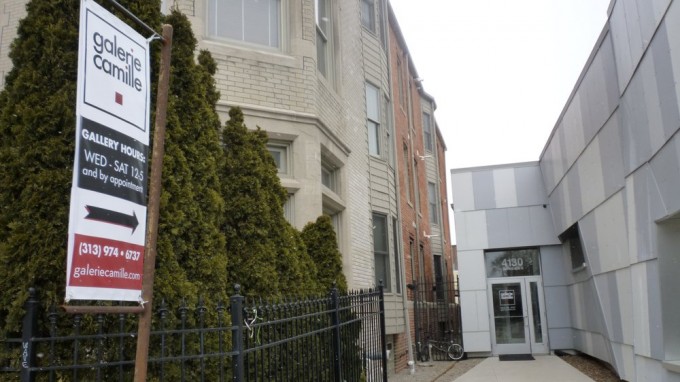 The Galerie Camille opened a group exhibition, Glimpse, January 22, 2016 under the new directorship of Melannie Chard, a Michigan native who has returned from New York City where she worked as Vice President, Head of Valuations,  Americas at Sotheby’s Auction House over the past ten years. The gallery is the creation and manifestation of Adnan Charara, Detroit artist and entrepreneur who purchased the building nestled in the heart of midtown on Cass Avenue, in the block south of Willis. He says, “The gallery was founded in 1987 and renamed after the birth of my daughter, Camille. I renovated the space in midtown Detroit and first opened my artist’s studio in January of 2012 with the gallery following in May 2014. In addition to regular exhibitions, we also provide support to estates and collectors who wish to sell art and antiques on the secondary market.” 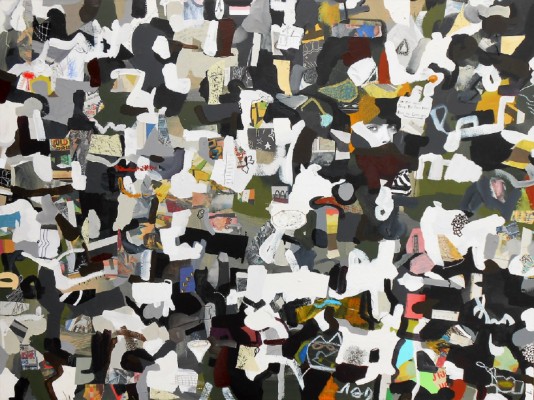 John McLaughlin’s abstraction is a kind of mixed media of cut paper, some drawing, and paint where he embraces gesture from both natural and man-made imagery. The layers of his collage are purposely balanced both in shape, form and color. McLaughlin says, “ My art depicts a daily routine, combined with nature and music, with some mistakes along the way.” His array of hardline and organic shapes in his work Spike the Punch Bowl, becomes a field of balance where he allows the audience to form their own conclusions, a popular approach made by painters of the abstract field. I think he’s right about it when he says ultimately, “I make them because I like the way they look.” 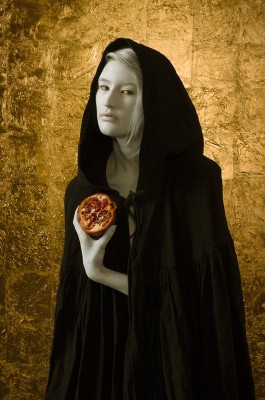 The exhibition includes the work of photographer John Dykstra, whose photograph Fruit of Klimt, is a variety of Photoshop work on aluminum where he brings his attraction of Gustav Klimt’s women in robes, to his image. The solemn figure holds a pomegranate, the symbol of the ancient Greeks for the “fruit of the dead.” There is a theme to Dykstra’s work: when he uses the female figure in isolation, sitting at the end of a dock, asleep in an abandoned home, or floating in a marsh, in one word… loss. 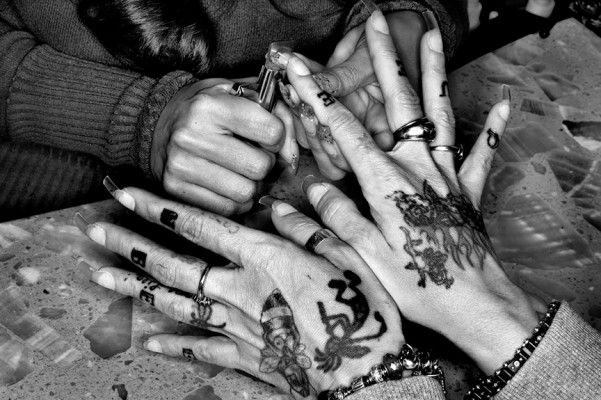 Another photographer in the Glimpse exhibition is Lisa Spindler, whose large 40 X 60 black & white photo, Driven, is a close-up of hands that have stood the test of time. A Detroiter for the last 25 years, Spindler is a commercial photographer who has made a lot of time to produce personal work, particularly her black & white photographs of the nude female figure that uses classic composition and an acute sensitivity to light. I personally know a lot of commercial photographers who have a large body of personal work, and there is no shame in making a living with the camera for artists who must survive in today’s expensive world. Lisa Spindler’s work is divided up into categories where you find more art than product, where much is non-objective and abstract. The end result is finding your work in a gallery, instead of a high-gloss magazine. Works for me. 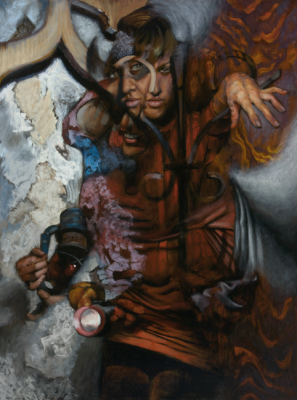 Among the group of artists in the Glimpse exhibition, is the representational painter William Harris, whose Totally Serious oil painting captures the figure in multiple positions overlaid with light and movement. His work carries a commentary, and he has to keep is eye on the blurry line between a painting and an illustration. His draftsmanship and composition seems to be headed towards painting. When he opens the scale of his work to larger dimensions, good things could easily happen.

Opening and pursuing a gallery business is a noble and altruistic venture that everyone in the Detroit art community has to admire. “Glimpse is a window into what the gallery will be showing over the next year” says Melannie Chard, “We hope to provide opportunities to both seasoned and emerging artists.” Galerie Camille has a good location, a well-designed space, and ownership with a kind heart.