“To the End of the Earth,” the new group exhibition at Detroit Artists Market, is grandly ambitious in its mission. As DAM’s press release states, it seeks to “… Bring together artists who seek to improve our bleak ecological reality through artwork that opposes political policy, presents objective data analysis, and conveys compelling emotional narratives.” This is an important show- it marks the importance of the humanities in general, and visual art in particular, in unpacking the increasingly urgent ecological crisis that is looming more heavily, day by day, on our planet and our lives. 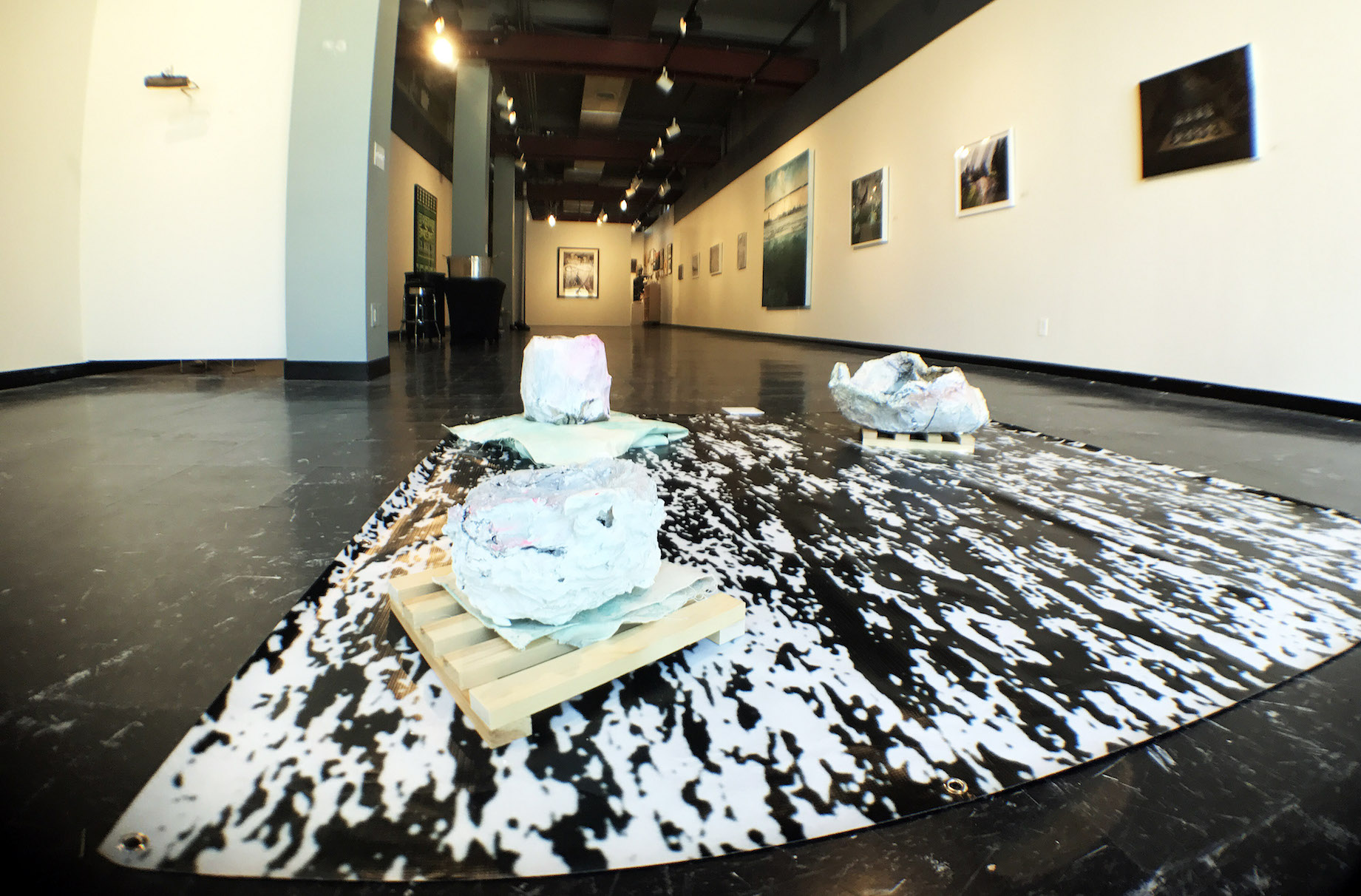 Curator Adrian Hatfield (himself no slouch as a painter of spiritual/earthly slippage- do check out his work) has assembled a group of artists who work predominantly in loving craft and visual narrative- there’s a refreshing lack of conceptual chillness to this show. The work largely avoids didactic environmentalist rhetoric, instead presenting us with feverish beauty and unsettling juxtapositions that ground examination of terrifying imbalance in the bones. 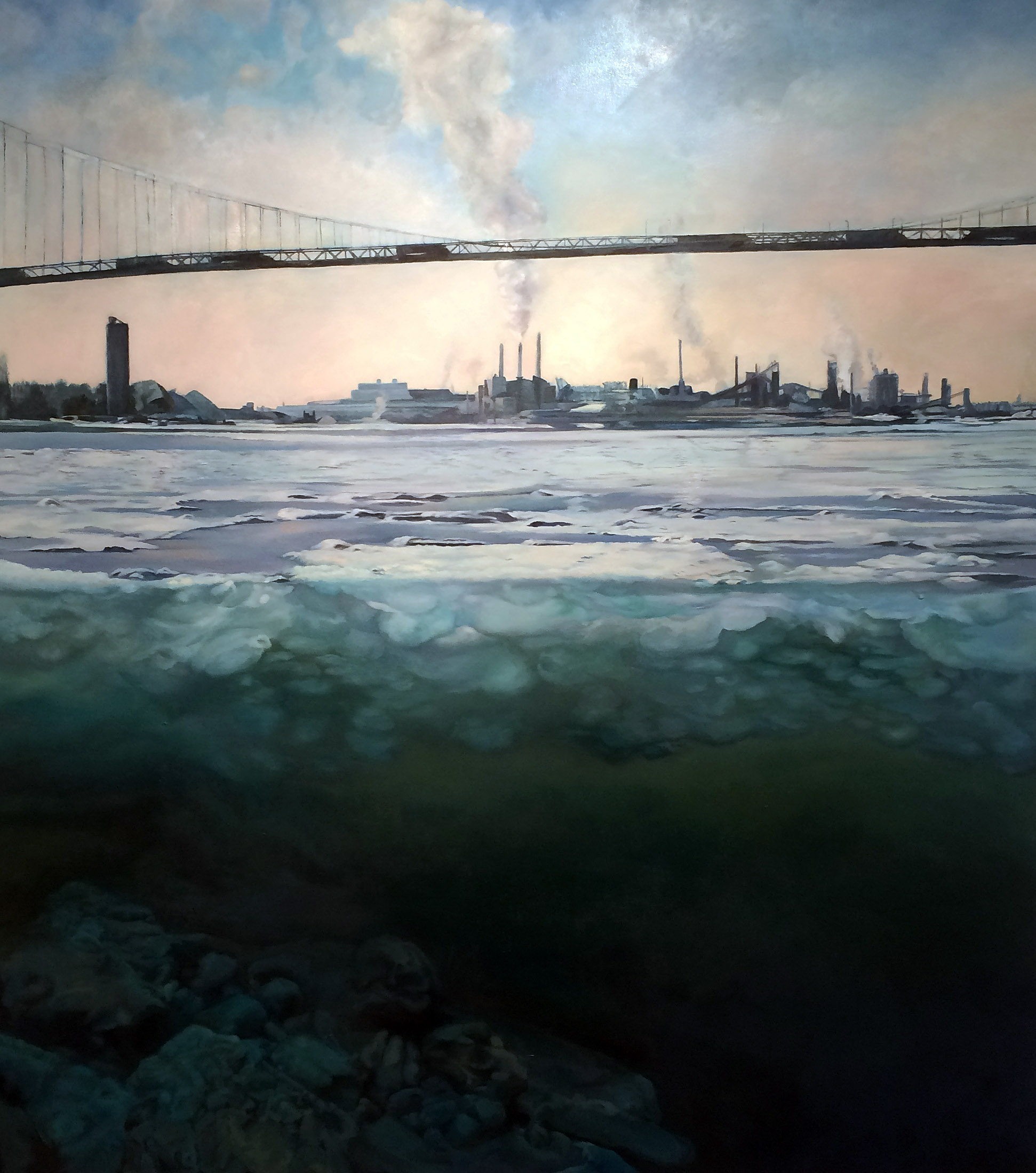 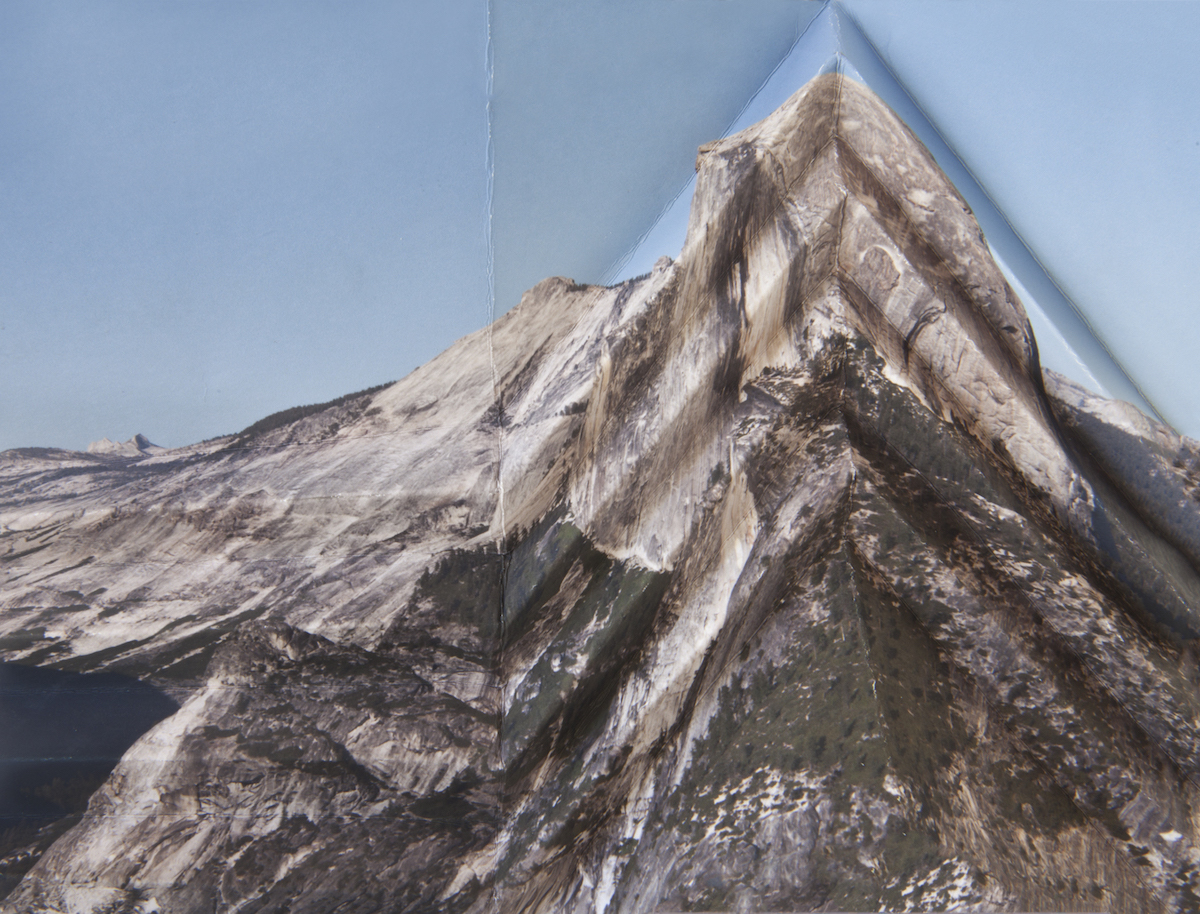 It’s difficult to do interesting things with landscape photography these days. Millee Tibbs’ work is a notable exception. Her practice quietly probes unprecedented pockets in photographic imagery, spanning the figure, national monuments and many subtleties in between, unearthing the unsettlingly familiar and ungroundingly uncanny in every subject she engages. Mountains + Valleys- Yosemite 4 presents an iconic view of Half Dome, a famous, imposing feature of the Yosemite National Park skyline. This monument is one of the gods of nature photography, steadily indexed since the dawn of the medium. Tibbs’ layered meditation on the sublime, yet somewhat clichéd monument stakes its territory by manipulating the print itself, folding it into steep 45 degree angles reminiscent of paper airplanes. The delicate stratification of crease marks that remain once the print is again pressed flat enclose the phallic Half Dome in a yonic, halo-like embrace. On closer examination the jagged creases, like the mountain itself, turn out to be an illusion of captured light- Tibbs’ final image is a print of the folded print. This uncanny doubling casts everything about the image into doubt, except it’s frankly sexual examination of our relationship with iconic landscapes. 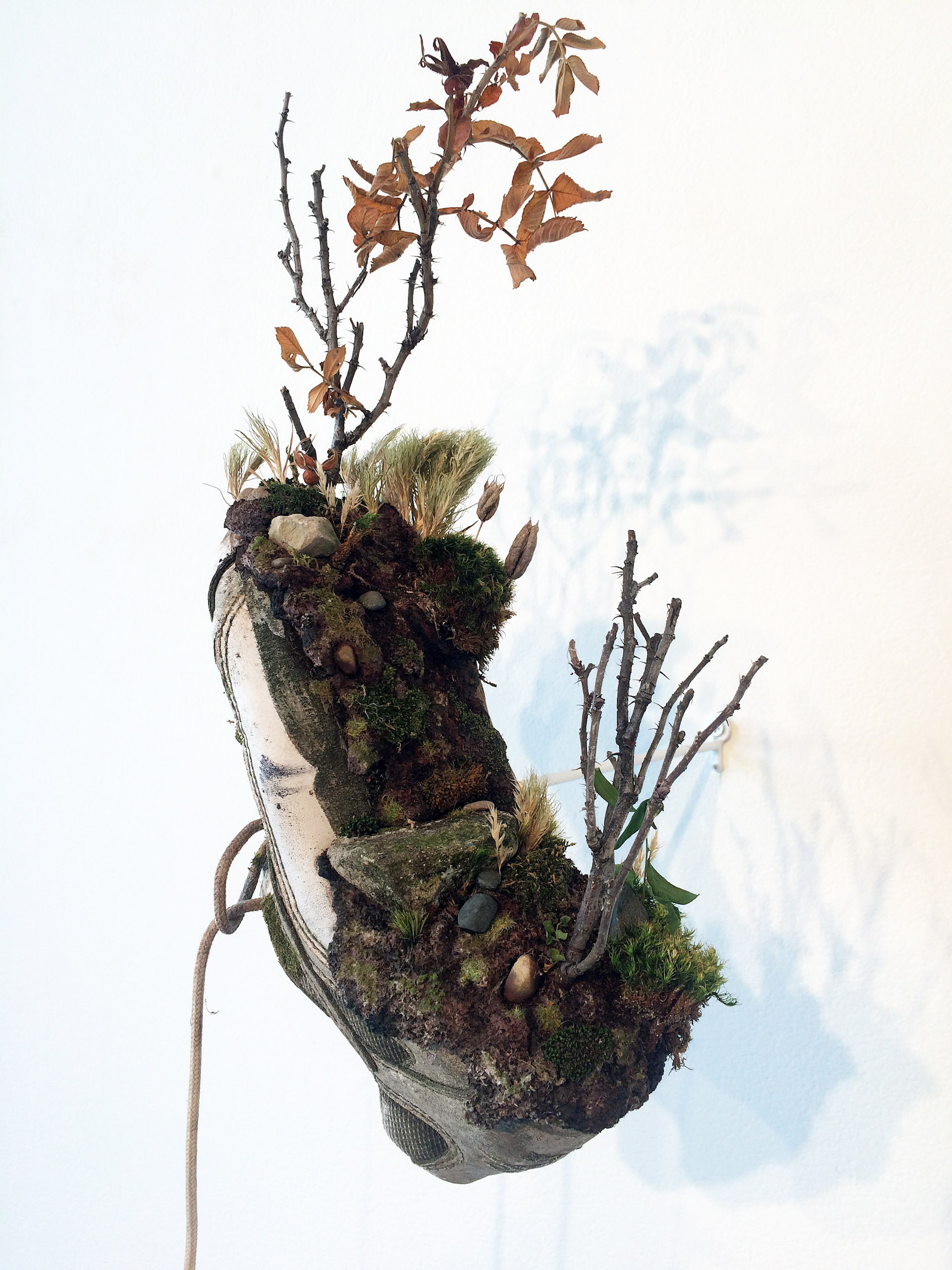 While the truth of climate change and environmental degradation seems indisputable, one truth of our current relationship with these phenomena is that the message is not getting through. Statistics, studies, and choirs of frantic talking heads make facts readily available, along with steps that can be taken to slow the trajectory of climate change. The presence of all these facts in popular culture seems, on the ground, to change very little about the way we conduct our lives- at least in the Western First World. There is a need for new dialogs to open, in languages parallel to the logistical and statistic. Artists are uniquely suited to engage with this oncoming massive shift in our ability to bind and distill different forms of knowledge. For a scorchingly beautiful argument on this subject, see The Dark Mountain Project Manifesto.   “To the Ends of the Earth” presents some of the best artists working in visual narrative in Detroit right now, and lives up to its vision in providing a (much needed) new conversation on climate change.

“To the End of the Earth” is on display at Detroit Artists Market from September 8 through October 14.